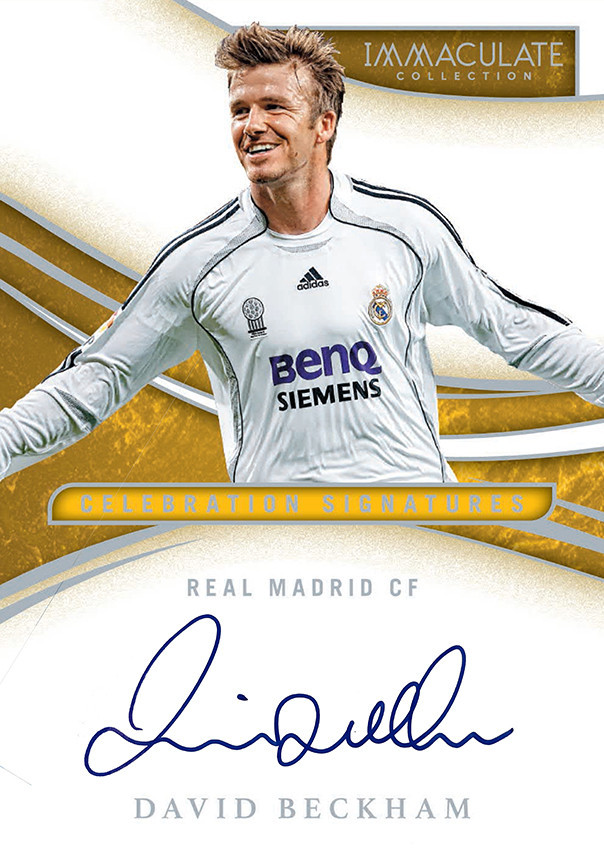 In addition, the former Manchester United, Real Madrid, and Los Angeles Galaxy midfielder will become a global brand ambassador for the company.

Beckham’s first autographed trading cards are set to be featured in Panini America’s upcoming 2020 Immaculate Soccer product, due to be released tomorrow.

His first autographed memorabilia pieces will include balls, jerseys and photographs.

Beckham first appeared on a Panini sticker as a 21-year-old in 1996, the year he made his debut for England.

He went on to play a record 115 times for his country and score 17 goals, playing in three FIFA World Cups.

The 45-year-old remains a high-profile figure in the United States through his role as part owner of Major League Soccer’s Inter Miami CF.

"This partnership is one of the most significant in our history and we're ecstatic to be able to bring David into the Panini family in such a meaningful way," said Panini America chief executive Mark Warsop.

"Panini has highlighted David throughout his career dating back to 1996 through our FIFA World Cup Sticker Collections and other Soccer collections - we are excited to move into this next phase by highlighting him as a global ambassador through a variety of initiatives, trading cards and unique memorabilia that celebrates his incredible career."

Panini was established more than 60 years ago in Modena in Italy and has official licences with several major International Federations and leagues around the world, including FIFA and the English Premier League.