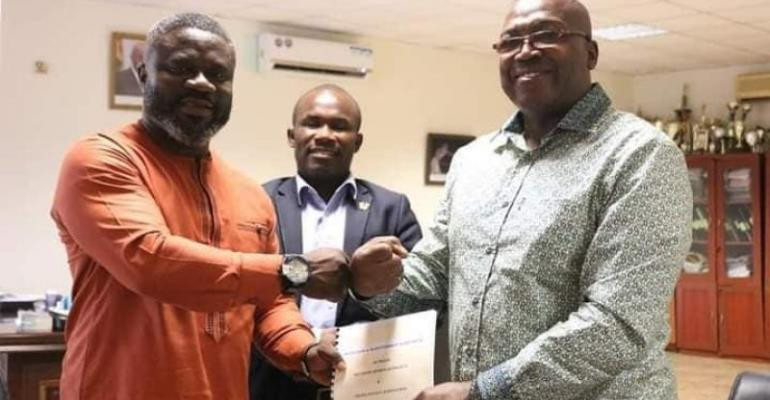 An agreement has been signed to ensure that the renovation of Ghana’s main national hockey stadium is completed in time for the 2023 African Games, which the country is hosting for the first time.

The National Sports Authority (NSA) and Ghana Hockey Association (GHA) have signed a deal that is set to see the Theodosia Okoh National Hockey Stadium in Accra bought up to international standards.

"This development project, which is being funded by the Ghana National Gas Company is expected to take care of other infrastructure development such as the upgrading of the offices of the Greater Accra Sports Directorate at the Tema Stadium," the NSA said.

Kwadwo Baah Agyemang, the chairman of the NSA, revealed after the signing that he hopes they can reach similar agreements with other national governing bodies in Ghana to help improve the country’s sport infrastructure.

The Stadium is named after Theodosia Okoh, a former GHA chairman, and hosted the 2009 Hockey African Cup of Nations.

Ghana men and women's national teams use the stadium for training and matches, in preparation for international tournaments.

The Stadium is also home to the men and women's Ghanaian Hockey League.

GHA President Ben K.D. Asante welcomed the development as Ghana prepare to compete in the African Games hockey tournament for the first time since their men’s team won a bronze medal at Abuja 2003, the last time the sport featured on the programme.

The men had previously finished fifth at Nairobi 1987, fourth at Cairo 1991 and fifth again at Johannesburg 1999.

The women’s team have competed in the African Games twice, finishing sixth at Harare 1995 and fourth at Abuja 2003.

The women, however, have won three of the last four editions of the African Cup of Nations, including the last event in 2017 in Ismailia in Egypt.

Ghana was awarded the Games in October 2018 and more than 5,000 athletes from over 50 countries are expected to compete.

Final dates and sports have still to be announced for the event, which is expected to be held in Accra, Kumasi and Cape Coast.