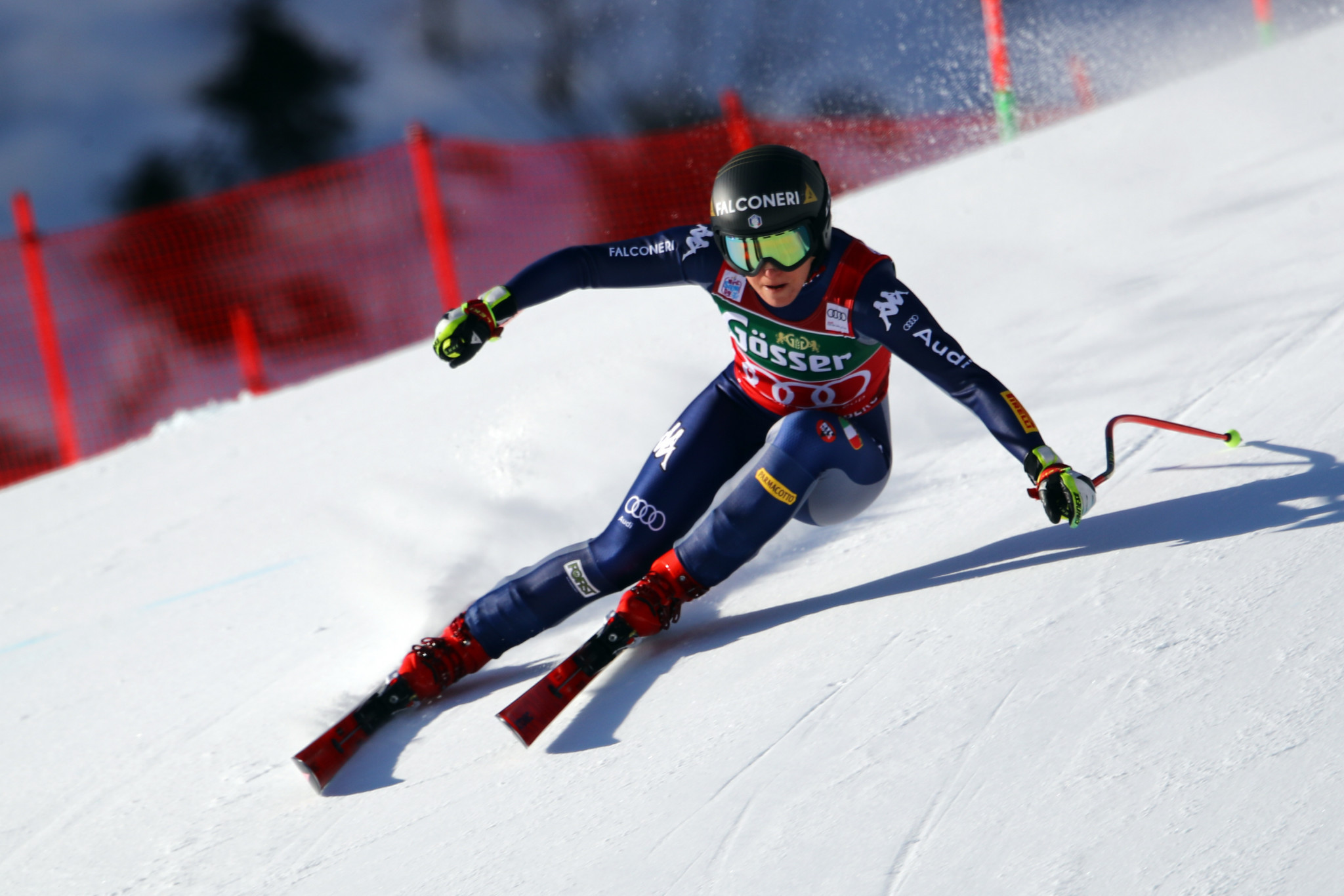 Olympic downhill champion Sofia Goggia was victorious in St Anton to move clear at the top of the discipline’s World Cup standings.

Switzerland’s Corinne Suter and Goggia shared the lead heading into the competition, with the skiers boasting one victory and a second-place finish each so far this season.

Goggia achieved a time of 1min 24.06sec to triumph at the Austrian venue.

She finished 0.96sec faster than Austria’s Tamara Tippler, with the local skier settling for second place.

American Breezy Johnson completed the podium in 1:25.10, 0.06 clear of Ester Ledecká of the Czech Republic.

Suter ended in joint sixth place, 1.16 behind the winner.

Johnson has 180 points in third.

A Super-G event is planned tomorrow.