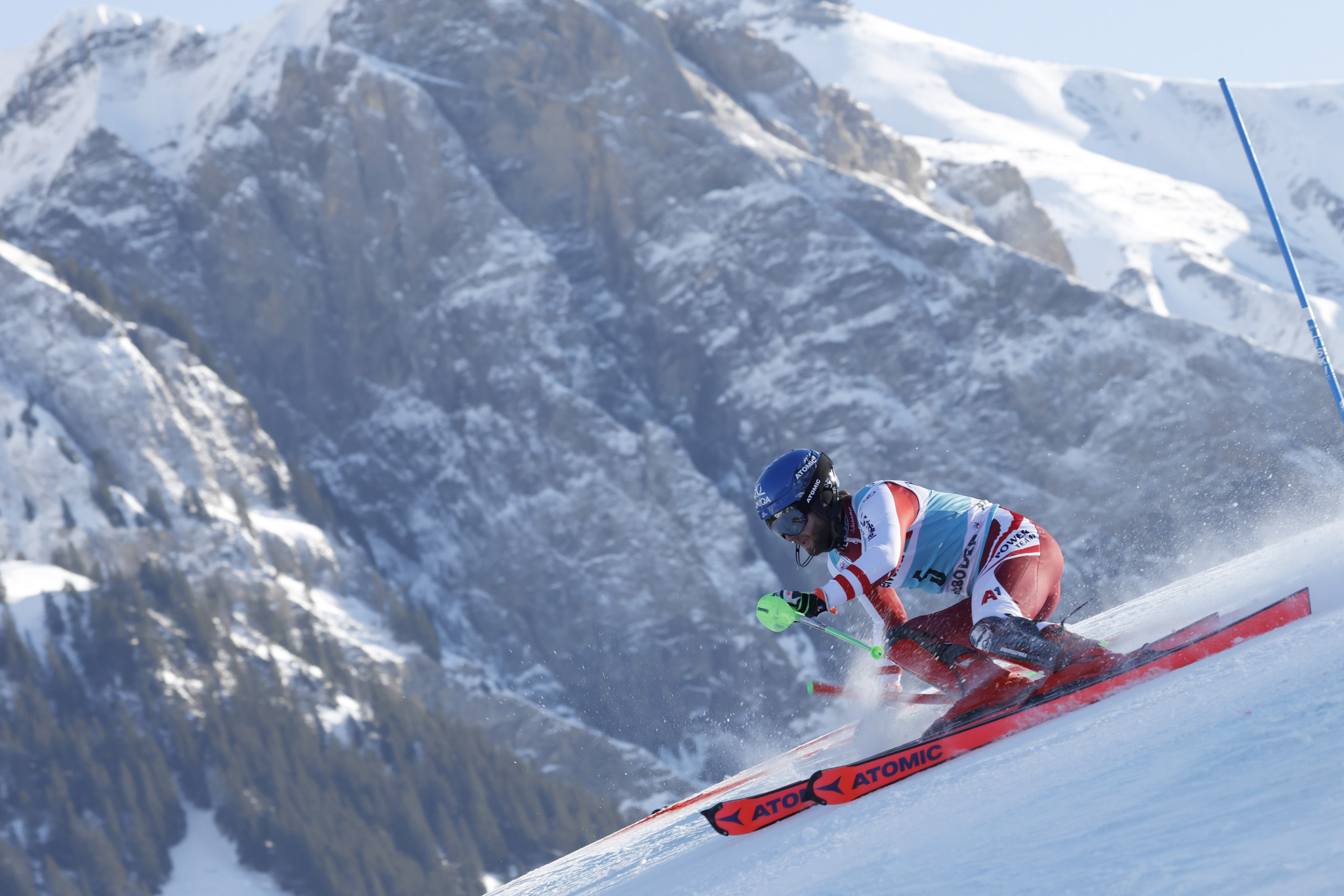 Schwarz placed fourth after the first run of the competition having produced a time of 53.44sec.

A second run time of 59.25 saw Schwarz move to the top of the leaderboard, with a combined total of 1min 52.69sec.

The Austrian star then watched as his rivals faltered in their final runs.

Meillard’s challenge faded on the lower sections of the course, while Muffat-Jeandet dropped to the bottom of the standings after straddling a gate in the early stages of his second run.

Noel was unable to repeat his strong first run, with the Frenchman struggling in the lower sections of the course to eventually finish eighth in 1:53.07.

Schwartz celebrated victory ahead of Germany’s Linus Strasser, who placed second in a time of 1:52.83.

Schwartz has now moved to the top of the World Cup men’s slalom standings after four races.

Schwatz leads on 249 points, with Strasser and Austria’s Manuel Feller completing the top three on 233 and 210, respectively.

The men’s World Cup season is due to continue at Wengen in Switzerland, with two downhill and one slalom event scheduled to take place from Friday to Sunday (January 15 to 17).