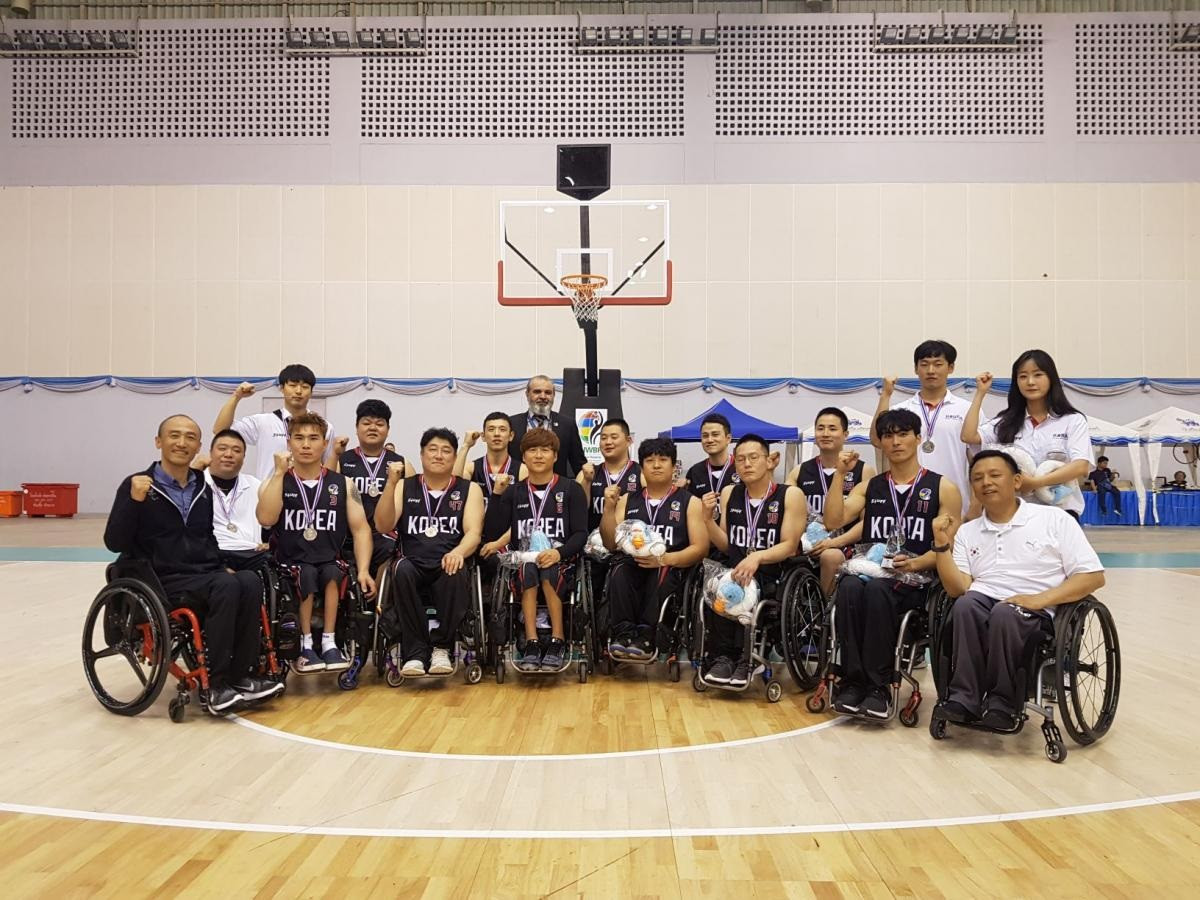 South Korea men’s wheelchair basketball team will arrive at this year’s postponed Paralympic Games inspired by the memory of their late head coach.

Sa-hyun Han, who competed as a player at the Sydney 2000 Paralympics, guided the side to Tokyo 2020 when they secured a silver medal at the 2019 Asia-Oceania Championships in Pattaya in Thailand.

But the head coach will not be present at the rescheduled Games after dying in September last year.

"If Tokyo 2020 were held in 2020, Han would have become the first South Korean to participate at the Paralympics as an athlete and coach," said captain Seung-hyun Cho, speaking to the International Paralympic Committee website.

"We were very close to making that dream come true.

"Last August the team last met him when he was just being placed on a ventilator.

"I hoped that he would be able to watch our performance from home in 2021."

South Korea had high expectations for reaching the Rio 2016 Paralympics, but a fourth-place finish at the 2015 World Championships dashed their hopes.

The disappointment led to a rebuilding job for Tokyo 2020 as Han brought in fresh talent.

Cho said it was a "very proud" moment when they qualified for the Paralympics and admitted the team owed a debt of gratitude to Han.

"We always had difficulty rotating our squad due to a lack of players," said 36-year-old Cho.

"[Dong-heyon] Kim and I played alongside two other senior players for 35 minutes in a 40-minute match until 2018.

"Fortunately, young players keep improving, so it’s good that we will be able to increase their playing time.

"We all have worked hard since Han began leading us in 2010.

"He even discontinued the treatment in order to go to Pattaya 2019 with us."

As well as Sydney 2000, South Korea’s other Paralympic appearance in the men’s wheelchair basketball competition came at Seoul 1988.

They came agonisingly close to reaching London 2012, only to suffer a heart-breaking 78-77 loss to Japan at the 2011 Asia-Oceania Championships - a defeat that still rankles with Kim.

"I took a lot of responsibility for that defeat as I missed two crucial free throws in the last quarter," added Kim.

"In the end, it pushed me to take on challenges by playing in Italy, because I wanted to come back stronger for my team."

Wheelchair basketball competition at the Paralympics is due to be held from August 26 to September 6, with South Korea one of 12 men's teams to have qualified.