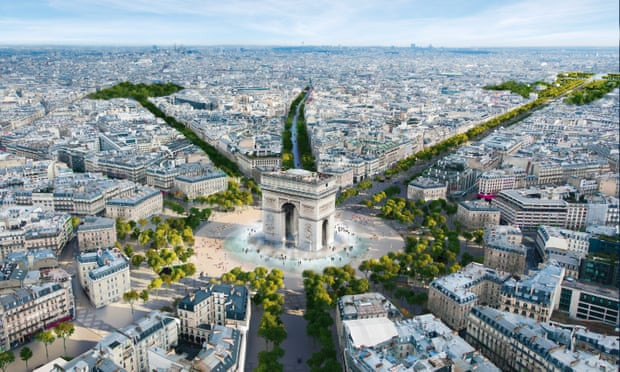 Paris's Champs-Élysées is set to be made into an "extraordinary garden" as part of plans to transform the French capital before and after the Olympic and Paralympic Games in 2024.

Anne Hidalgo, the Mayor of Paris, has approved a €250 million (£223 million/$304 million) plan to renovate the 1.9 kilometre avenue in the city centre.

The plan was unveiled in 2019 and involves reducing space for vehicles by half, turning roads into pedestrian and green areas, and creating tunnels of trees to improve air quality.

The Champs-Élysées Committee had been campaigning for a major redesign of the avenue since 2018.

"The legendary avenue has lost its splendour during the last 30 years," the Committee said in a statement after Hidalgo's announcement.

"It has been progressively abandoned by Parisians and has been hit by several successive crises."

According to Le Journal du Dimanche, Hidalgo said the Champs-Élysées project was one of several which would transform Paris "before and after 2024".

This includes turning the area surrounding the iconic Eiffel Tower into an "extraordinary park at the heart of Paris".

The Place de la Concorde, located at one end of the Champs-Élysées, is also due to be redesigned before Paris 2024.

France's President Emmanuel Macron has also set the target of Notre-Dame being open to the public in time for the Games.

The roof and spire of the cathedral was destroyed by a fire in 2019.

Paris is set to host the Olympics from July 26 to August 11 2024, with the Paralympics scheduled to follow from August 28 to September 8.