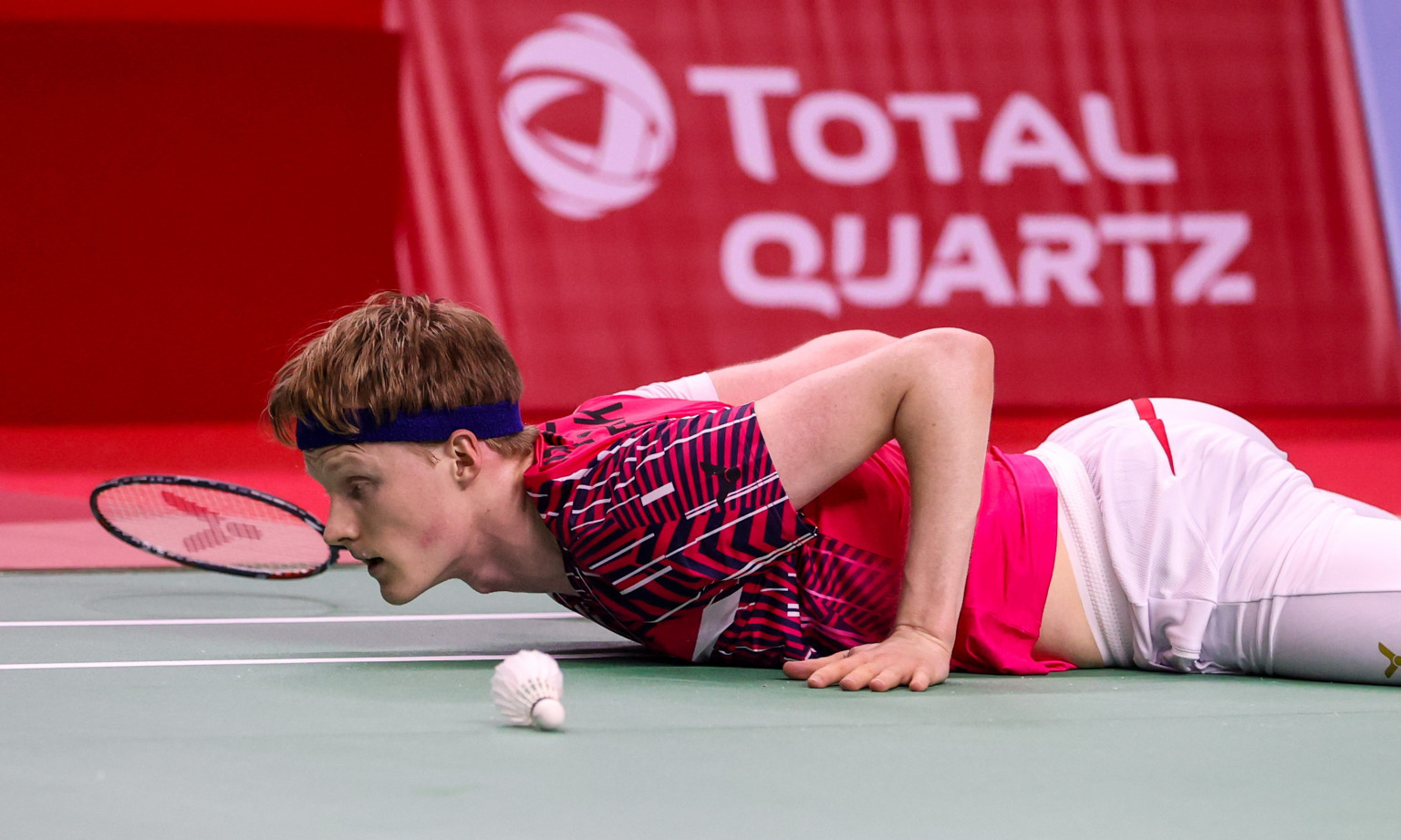 Denmark's Anders Antonsen, the third seed in the men's singles, was eliminated in the opening round of the Badminton World Federation (BWF) Yonex Thailand Open, but women's Olympic champion Carolina Marín had no such issues and made a strong start.

Malaysia's Liew Daren upset Antonsen, one of the pre-tournament favourites, by a score of 21-12, 21-18 to progress to the second round in Bangkok.

COVID-19 issues continued to punctuate the tournament as the BWF confirmed that one German coach and a member of the French entourage had tested positive for the virus, although no players did so today.

The delegation members who produced a positive polymerase chain reaction (PCR) test result are now required to stay in hospital for a minimum of 10 days.

"The athlete had been swabbed three times earlier with the most recent one possibly causing irritation and fragility of the capillaries," read a statement from the national body.

"Therefore, when the swab was repeated on Tuesday, and factoring the athlete's tense nature, the position of the stick in the nasal passage was misaligned, which caused the slight bleeding noticed from the tip of the swab.

"The COVID-19 staff member did not notice any bleeding from the athlete's nose and there was no complaint from Kidambi at that point.

"After about three to five minutes, another athlete from the India team reported that Kidambi had a nosebleed.

"It is not known whether the athlete had blown his nose or stuck tissue up his nostrils, which could have caused more blood vessels to rupture."

The London 2012 bronze medallist had initially been forced to withdraw due to a positive COVID-19 test, but was cleared upon further testing.

Fourth seed Ratchanok Intanon of Thailand was a 21-15, 21-15 victor in her tie against Yeo Jia Min of Singapore.

Mixed doubles eighth seeds Tang Chun Man and Tse Ying Suet of Hong Kong also made it through to the next round with a victory over B. Sumeeth Reddy and N. Sikki Reddy of India.

Second seeds Praveen Jordan and Melati Daeva Oktavianti of Indonesia are also through to round two after a victory over Niclas Nohr and Amalie Magelund of Denmark.

Play of the Day | A hair-raising action to keep you on the edge of your seat 🔥#HSBCbadminton #BWFWorldTour #YonexThailandOpen pic.twitter.com/CcxBJBFhef

The tournament, the first of three BWF events being staged in Bangkok, continues tomorrow.