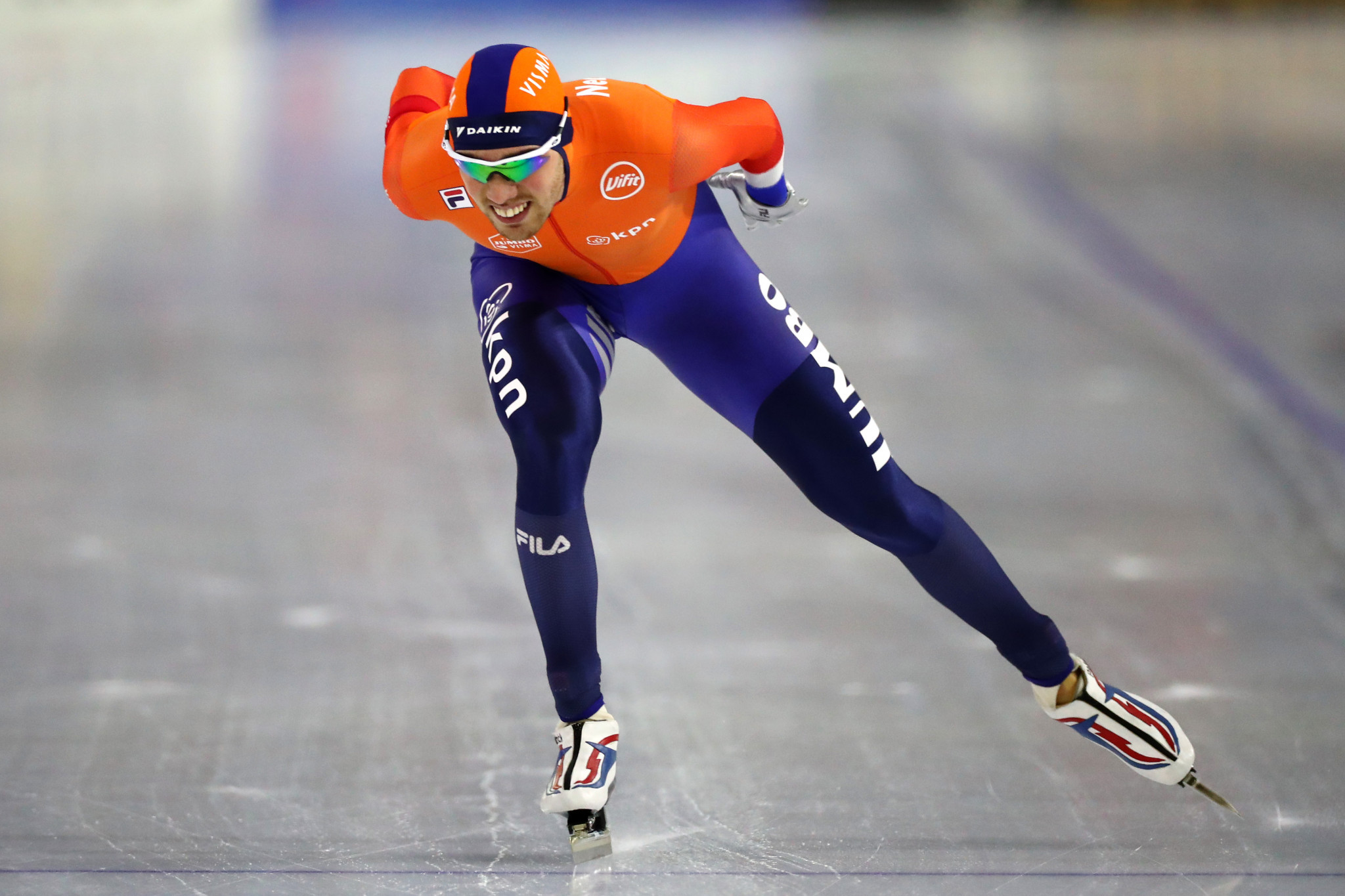 Competitors at Thialf-hal in the Dutch town are set to contest either the all-around or sprint European titles.

Roest is set to be challenged by Norway's Sverre Lunde Pedersen, who finished with bronze in the all-around at the European Championships in 2019.

In the women's all-around, Antoinette de Jong is the favourite after Dutch team mate and defending champion Ireen Wüst did not qualify for the competition.

She faces opposition from the Czech Republic's Martina Sáblíková, a five-time European champion.

The men and women's sprint events are set to feature races over 500m and 1,000m.

Pavel Kulizhnikov, the world record holder in the men's 500m and 1,000m, is still an uncertainty for competition in Heerenveen.

The Russian tested positive for COVID-19 in December and has been put on the entry list as a substitute as he continues his recovery from the illness.

Vanessa Herzog of Austria is due to defend her women's sprint crown but will be challenged by Jutta Leerdam of The Netherlands and Angelina Golikova of Russia.

The two-day European Championships are scheduled to begin tomorrow.

Heerenveen has become a speed skating hub to ensure competition can take place during the COVID-19 pandemic.

It is also scheduled to host two ISU World Cup events from January 22 to 31 and the World Speed Skating Championships from February 11 to 14.