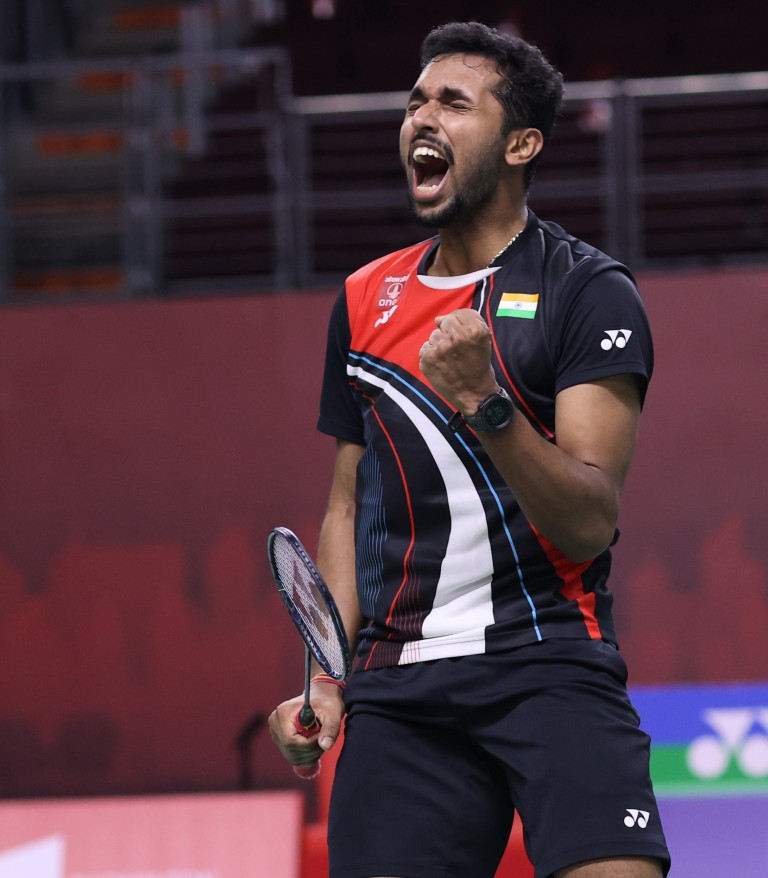 India’s HS Prannoy battled through the pain barrier to stun sixth seed Jonatan Christie of Indonesia in the opening round of the men’s singles at the Badminton World Federation (BWF) Toyota Thailand Open.

The Asian Games bronze medallist, who contracted coronavirus last November, suffered a bad fall at a crucial stage in the third game as it offered Christie a match point.

But after receiving treatment on his left shoulder Prannoy showed great resilience to hold firm and complete a bruising comeback victory, winning 18-21, 21-16, 23-21.

Asked about the fall, Prannoy said he felt his shoulder getting dislocated but then snapping back into place.

"I thought it went off but luckily it fell back in place," said Prannoy.

"I thought the fall was bad.

"Hopefully nothing will happen, but these things might start hurting after a few hours."

There was also a big shock on court two where 18-year-old Benyapa Aimsaard defeated a player ranked more than 100 places above her.

In the all-Danish clash, Mia Blichfeldt was forced to withdraw after injuring her hamstring as Line Højmark Kjærsfeldt advanced to the second round.

There were few surprises in the men’s doubles, with second seeds Mohammad Ahsan and Hendra Setiawan of Indonesia seeing off English pair Marcus Ellis and Chris Langridge 23-21, 21-15.

But Ellis remains in the mixed doubles competition as he teamed up with Lauren Smith to beat Tan Kian Meng and Lai Pei Jing of Malaysia 14-21, 21-15, 21-19.

Competition continues tomorrow with the start of the second-round matches.