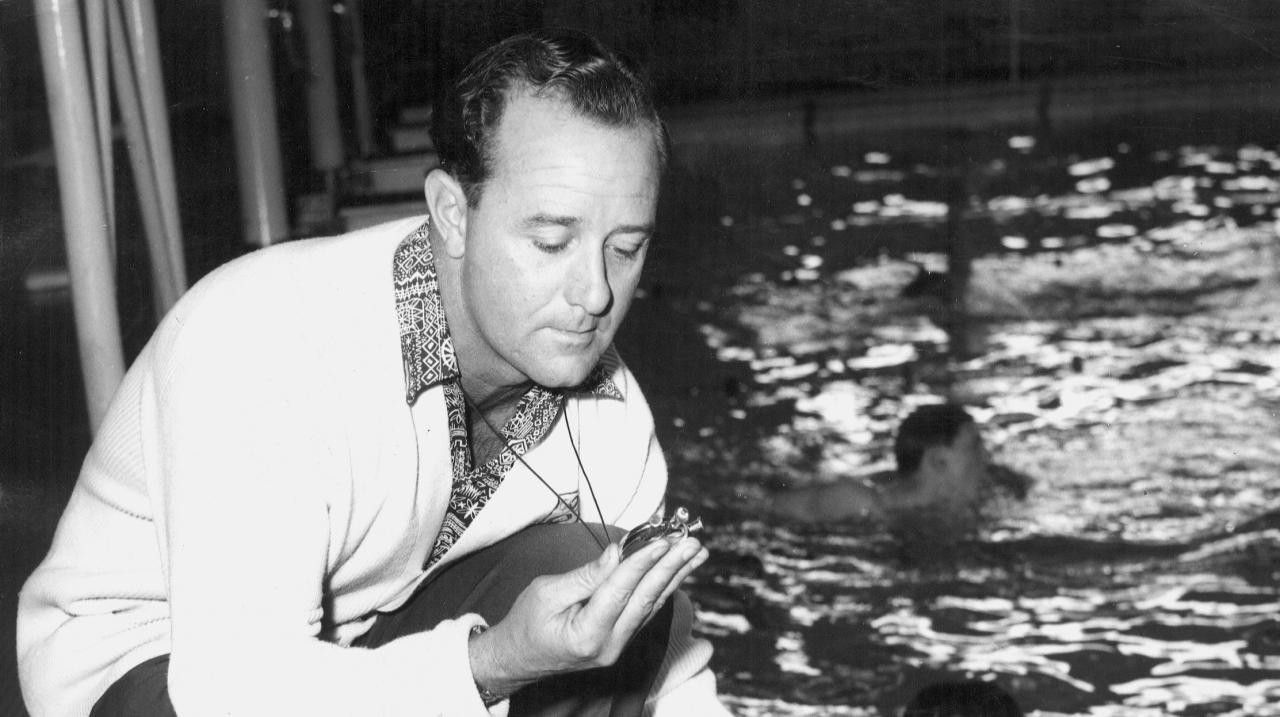 The Australian Olympic Committee (AOC) has paid tribute to the swimming coach who discovered Dawn Fraser, Harry Gallagher, after his death aged 96.

Gallagher coached athletes to nine gold, six silver and three bronze medals at the Olympics, with four-time Olympic champion Fraser the most successful.

Fraser was spotted by Gallagher as a teenager.

"Harry was a great innovator," said AOC President John Coates, calling Gallagher an extraordinary coach who had a "special bond" with athletes.

"It's an enormous tribute to him that Dawn remained so devoted to Harry all those years since he first spotted her talent as a 14-year-old at the Balmain Baths, a swimming pool that now bears her name.

"There would not be many coach and athlete relationships that survived the years in that way.

"It's a very sad day for his family, friends, the many athletes he coached and the entire Olympic family."

His Olympic influence spread from the Melbourne 1956 Olympics to the 1968 Games in Mexico.

At the last of those Games, Gallagher was head coach of a team that brought 17 medals home, despite having an average age of just 16.

Fraser, who won four gold and four silver medals under Gallagher's watch, said he "taught me everything I know".

"He was always Mr Gallagher, or coach to me - never Harry," Fraser said.

"But we had a beautiful affection for each other - I would not have succeeded without him.

"If you missed a session, you doubled up the next day, that’s how it was.

"We have stayed in touch all these years.

"I feel I belong to his family and him to mine.

"If he didn’t know something, he would ask the top professionals in that field.

"If he wanted to know about the heart, he brought in Professor Edward Both, who invented the portable electrocardiograph machine.

"He trialled it on me and Jon Henricks; he always went to the top people."

For services to swimming, Gallagher was previously awarded the Medal of the Order of Australia.