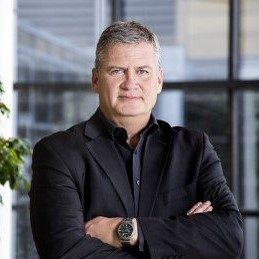 I work in the sport integrity industry. I say industry because, as sport has grown into a multi-billion-dollar industry itself, this has urged the need to maintain a sense of fairness and protect sport’s integrity. One of the reasons I work in this industry is because I love sport. Sport brings people together, transcending social, cultural, religious and language boundaries. It teaches young people to exercise and use their body, to train and compete, to win and lose, to be determined and focused, to cooperate with other people, to set goals and work hard to reach them and many other valuable virtues. In many ways, it can be argued that sport is one of the best avenues to bring up young people and teach them skills and values that are ever-more-important in broader society.

So, why is it then that international sport organisations do not always reflect society’s accepted norms, values and standards when it comes to democracy, transparency, good governance principles and separate check and balance mechanisms between the authorities? Why is it that often international sport organisations lag behind modern-day business principles?

If we are to take a look back at why we, at least in democratic societies, have institutionalised good governance principles, we can draw a line back to the French writer Charles-Louis de Secondat Montesquieu and his principle of the tripartition of power: the legislative, the executive and the judiciary power. Each of these powers, he argued, should be taken care of by individuals, who have no influence on the execution of the other two powers. In this manner, the respective powers have their limits and control each other, which naturally prevents any abuse of power. If this principle is not enforced, he argued, the legitimacy of a regime erodes, and corruption would prevail. Montesquieu’s viewpoint is widely accepted in so many realms of our society, yet when it comes to organised sport - not least in the Olympic Movement - it feels like it’s one set of rules for society and another for international sport.

Take, for example, the Russian doping scandal that developed, exploded and has continually simmered over the course of the last six years. This scandal revealed not only the biggest doping plot since the East German doping regime, but it also exposed the fact that the Word Anti-Doping Agency (WADA) did not live up to the principles of tripartition of power. Now, WADA has two governing bodies: the Foundation Board - the legislative, and the Executive Committee - the executive branch. Both bodies consisted only of members appointed by the two "shareholders" as we would term them in other sectors - the Governments and the sports movement.

These two bodies have overlapping responsibilities and a complete absence of independent members which would have allowed objectivity to prevail and good governance principles to be enforced. In the aftermath of some strange and weak decisions - veering drastically from the prevailing athlete and public opinion - the flaws of the governance system of WADA were exposed and a working group was created to advise how WADA could strengthen its governance structure and live up to good governance principles similar to those we see across other global sectors. The group involved not just Government and sports movement (IOC) representatives, but also from stakeholders like athletes and National Anti-Doping Organisations (NADOs).

One of the suggestions raised by the NADO representatives in the working group - NADOs being arguably the most involved day to day in anti-doping operations - was to broaden representation in the Foundation Board to include a broader body of opinion, not least athletes and NADOs, but also anti-doping laboratories, sponsors and broadcasters in order to ensure a broad church of views would be represented in the highest decision-making body of WADA. In order to separate the powers, and to avoid conflicts of interest, the NADO representatives also suggested an Executive Committee mainly composed of independent representatives, who should have the authority to decide and carry out decisions directed against signatories who had violated World Anti-Doping Code rules. Unfortunately, and bewilderingly to most, the sports movement, and indeed some Government representatives too, found the suggestions much too radical for their taste.

So, as industries outside sport continue to adopt and embrace good governance principles today, where does WADA stand today? Regrettably, I have to say that there has been no change to the Foundation Board. The composition of the Executive Committee is also in status quo mode, although it did handpick two additional so-called independent members: Gabriella Battaini-Dragoni, deputy secretary general of the Council of Europe (intragovernmental organisation holding two seats at the Foundation Board of WADA), and Patricia Sangenis, former member of the International Olympic Committee (IOC) Medical and Scientific Commission. Both highly respected persons, but completely independent from governments and sport? Certainly not.

The buck doesn’t just stop with WADA, however, even though perhaps it should. We also have the judiciary body of the global anti-doping system named: The Court of Arbitration for Sport (CAS). The President of the Board is John Coates. He is also a vice-president of the IOC. The circle is now complete: we have the sport movement, led by the IOC, represented in all three powers of the governance structure of the anti-doping system: sport organisations now wield huge influence in making the rules, carrying them out and casting the verdict when some of their sport friends break the rules.

Then, when we add factors such as ambiguous procedures in selecting the arbitrators for the cases and closed hearings, it is no wonder that the trust in the objectivity of decisions rendered by CAS in anti-doping cases is scarce. This is especially the case when it comes to decisions where major political or financial interests are at stake, as we have just seen with the latest controversial decision in the Russian doping saga. Despite clear evidence submitted by WADA and even acknowledged by CAS, for unknown reasons CAS decided to reduce the package of sanctions from four to two years, and furthermore water-down the additional suggested sanctions substantially.

As Montesquieu taught us, all regimes or organisations need legitimacy to function well - otherwise, they lose stakeholder support, and their days become numbered. Sports organisations are no exception to this, as they rely on the backing of their stakeholders: athletes and their entourage, leaders and officials, spectators and TV viewers, sponsors and broadcasters. If the trust vanishes, then sport, as we know it and love it, for its magnetic pull for people across the world, could disappear, too.

The risk of splitting stakeholders behind what was fundamentally a genius idea to have a common set of rules across sport disciplines and nations - the WADA Code - is growing, when the system is increasingly regarded as biased towards economic interests and political influence. It creates obvious conflicts of interest that are not acceptable in other responsible and respected sectors of society. Therefore, it is incomprehensible that the sports movement itself cannot see that they need to relinquish some power to uphold their legitimacy in the long run. Just as regimes, organisations and private companies are constantly forced to work with their governmental structure to uphold legitimacy within their population, members or consumers.

Since the sports movement has so far not "seen the light", the calls over the last five years from athlete groups, sports fans, NADOs, media and some governments for the sports organisations to reflect the 21st century world in their governance structure to more contemporary standards will continue to grow and grow. And as the outer pressure increases, it will eventually force the sports organisations to adjust and acknowledge the need for change.

As we begin the Olympic year with more optimism than we ended 2020, my hope is that progressive forces within the sports movement will start to see the direction of travel from other industries and start to collaborate with athletes, NADOs and other stakeholders to embrace Montesquieu’s principles on tripartition. That, surely now in 2021, must be the sports movement’s guiding light.

Only by changing the governance structure of sports organisations can we hope for continuous trust in the system which began with such good intentions and ambitions. We in the NADO community, in the meantime, will continue to focus on where we can positively promote and influence anti-doping, which is with the global regulator, WADA. Only once sports organisations realise the need to change their governance can we focus on what our fight against doping should really be about: the sportsmen and sportswomen who we all love to watch perform at the highest level. In fair competition. In a trustworthy system.

We have not a moment to waste.