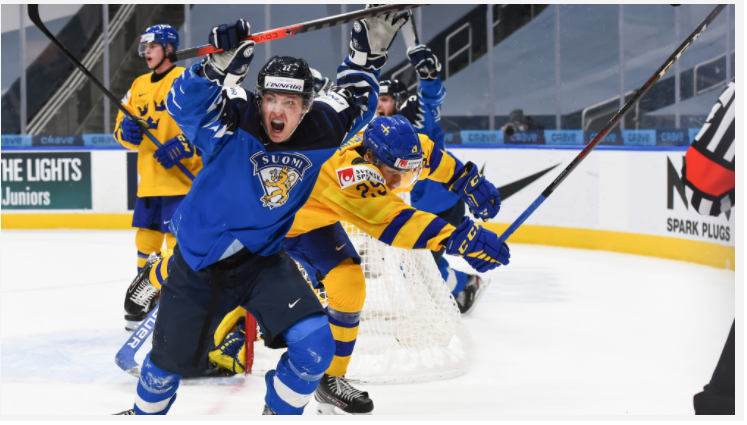 Organisers of the International Ice Hockey Federation (IIHF) World Junior Championship in Edmonton have said the expulsion of a team official for non-compliance with COVID safety protocols was "key" to the eventual success of the event.

The IIHF COVID Sanctioning Panel removed a Team Sweden staff member from the Championship, which concluded on January 5, due to "a violation of the COVID-19 health and safety regulations".

The violation occurred following the Swedish team's arrival in Edmonton on December 13, and involved a breach of protocol after the staff member had entered the team hotel and begun quarantine.

In accordance with the COVID Sanctioning and Disciplinary Rules, the staff member’s accreditation was immediately revoked.

He remained in quarantine until his return flight to Sweden.

"The action was taken very swiftly and decisively, and I think that made a real statement to everyone in the bubble that we weren’t fooling around as an organisation," Hockey Canada’s vice-president, events and properties Dean McIntosh told insidethegames.

"If people start to stray outside of the regulations, we, Hockey Canada, were going to be accountable for that.

"And we weren’t going to let that happen.

"We had the arrival of the teams on Sunday, December 13.

"We had a non-compliant individual the evening of Sunday 13th and the morning of Monday 14th.

McIntosh added: "It was not something we publicised, but internally we had the discussions with all the federations that this is what we are doing.

"I think that was key.

"We also had security around the venues, and the hotels.

"We had daily reports from our security group on any attempted breaches in the bubble.

"So those types of checks were incredibly important - because we are human, and you have to do everything you can do to trust people, but the rules are placed for people to understand what they are able to do and not able to do."

The Championship took place in a strict bio-secure bubble in Edmonton to allow competition to be staged during the COVID-19 pandemic.

Teams from Germany and Sweden registered five and two COVID-19 cases, respectively, shortly before competition was due to start.

The IIHF was forced to cut the schedule of exhibition games before the tournament from 10 matches to four.

There were no further positive cases at the event, which concluded with a 2-0 victory for the United States over the hosts on January 5.

To read more on how sporting events have been held during the pandemic, click here.