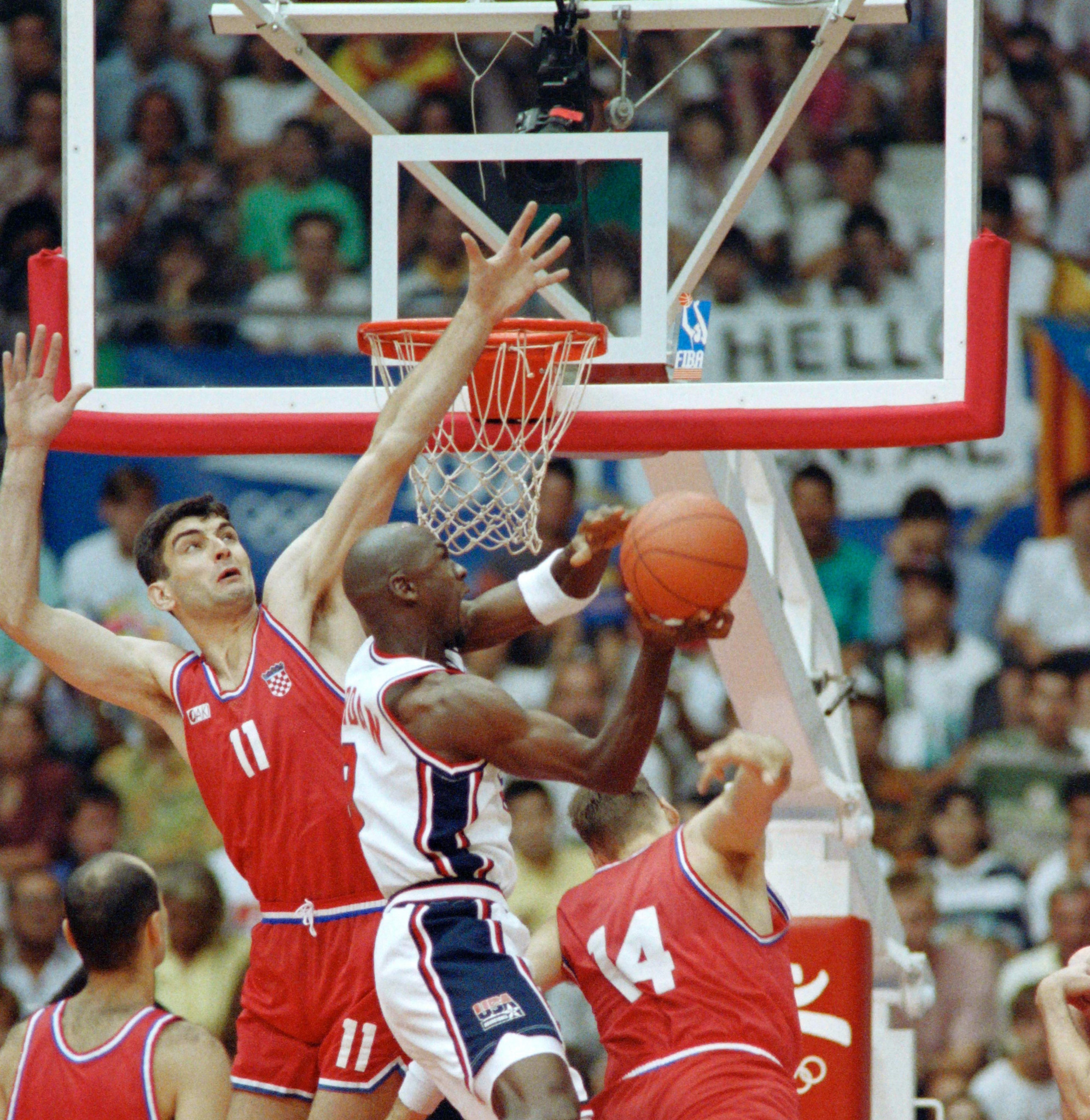 A backboard, rim and net used during the basketball tournament at the 1992 Olympic Games in Barcelona - an event famous for the "Dream Team" - is up for auction.

The equipment was used in the final at the Pavelló Olímpic de Badalona where the United States team including Michael Jordan, Charles Barkley, Magic Johnson and Larry Bird beat Croatia 117-85 for the gold medal.

The "Dream Team" was the first American Olympic team to feature active professional players from the National Basketball Association following a change in the eligibility rules introduced by the International Basketball Federation (FIBA).

The team, which defeated its opponents by an average of 44 points, has been described as the greatest sports team ever assembled.

The Schelde International breakaway rim and original netting used during the Olympics is also included.

The backboard has the white square painted above the rim area and a "FIBA" sticker is affixed just to the lower outside right of the backboard box.

The item was originally acquired by a Barcelona 1992 employee who bought it directly from the Organising Committee following the conclusion of the Olympics.

A notarized letter of provenance from the consignee will accompany the lot, along with a copy of the original purchase receipt.

Sports Collectors Daily reported that the backboard has wear on the edges and marks on the glass from use.

There is paint chipping on the orange rim and slight fading of the FIBA sticker on the backboard.

There are currently no bids for the item but with the sale due to end on Saturday (January 30), Goldin Auctions remains optimistic the item could fetch a six-figure sum.

To see more details of the item, click here.