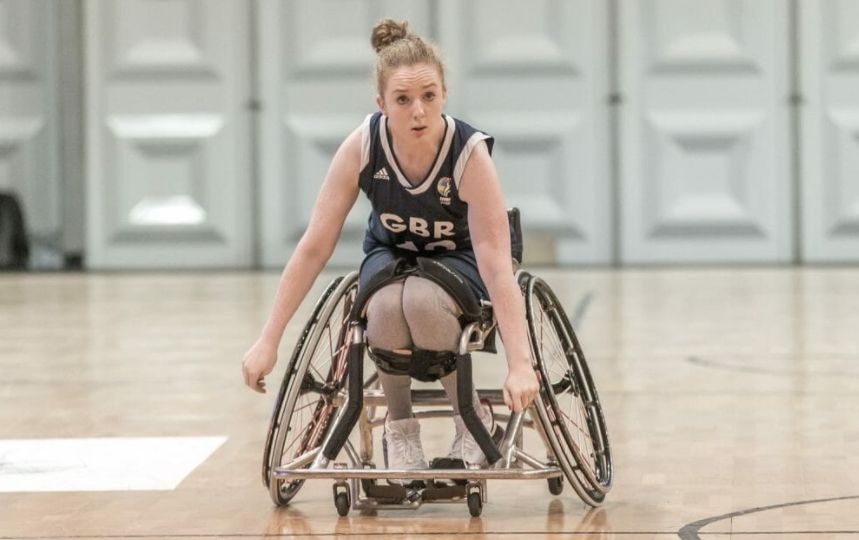 Siobhan Fitzpatrick has described as "phenomenal" the opportunity to be involved in her sport - 3x3 wheelchair basketball - when it makes its Commonwealth Games debut at Birmingham 2022.

The 23-year-old from Coventry is already happily anticipating hearing "good old Brummie accents" in the crowd.

"It’s phenomenal that the sport will be competing at the Games for the first time," she told Birmingham 2022.

"It’s so important for wheelchair basketball to be given a platform in a multi-sport competition, especially to show younger people that it’s something they could get into.

"I want kids who use wheelchairs to be able to relate to our team, and even look up to us.

"I get so excited just thinking about the prospect of playing at a home Games, especially as I’ll be able to get to the venue so quickly from home!

"My parents always come to watch my games, but it’ll be great to have other relatives and my old school friends join them too, as they don’t usually get the opportunity.

"Plus, I’m really looking forward to hearing all of those good old Brummie accents in the crowd!

"The buzz from them alone will be an experience to remember."

Fitzpatrick, who began playing aged 11, added: "My love for wheelchair basketball has grown throughout my career.

"Now, over ten years later, I love that the game gives me the opportunity to travel the world, and the fact that we are being so successful is a bonus!

"I think my proudest achievement so far is when I represented Britain at the World Championships in Hamburg in 2018.

"This was the first time we’d ever reached a World Championship final and we went on to win the silver medal."