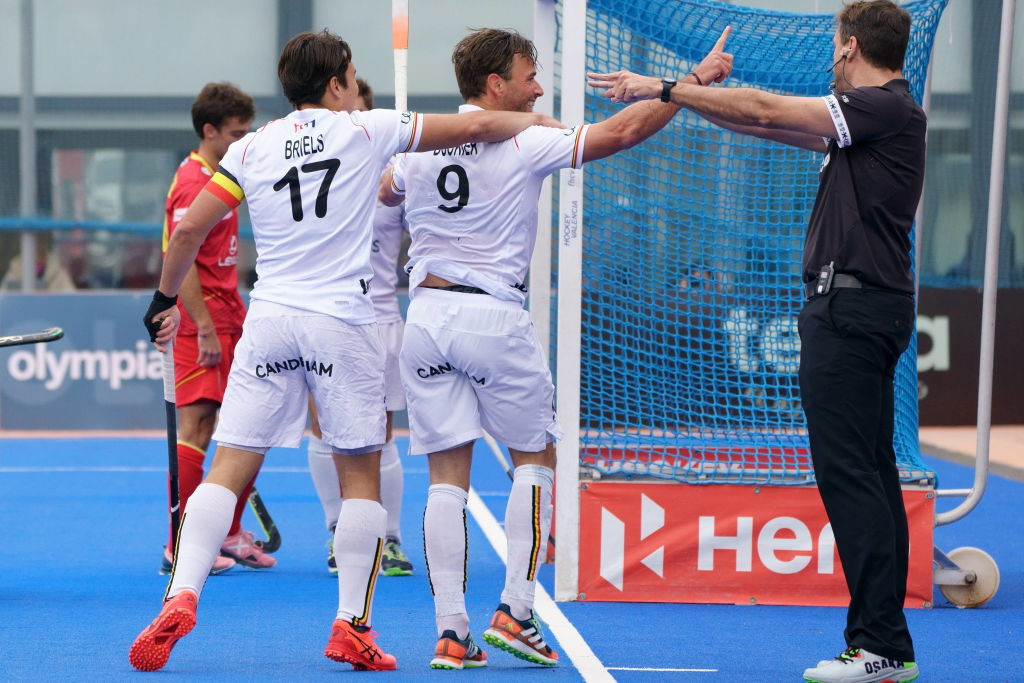 Sebastien Dockier scored twice as Belgium recorded a 3-2 away victory in Spain in the first Hockey Pro League match to be held for more than three months.

Dockier, making his 200th appearance for the Red Lions, struck nine minutes from time at the Estadio Betero in Valencia to earn maximum points for the visitors.

Belgium, the reigning world and European champions, dominated the early stages and quickly established a two-goal lead through Dockier and captain Thomas Briels.

A fortuitous effort from David Alegre reduced Spain's deficit to one towards the end of the first quarter, before Xavi Lleonart equalised in the third with a perfectly executed penalty corner deflection.

That was how it stayed until Dockier's superb wonderful diving backhand deflection in the fourth quarter handed Belgium, the men's Pro League leaders, a deserved victory.

Here are the updated #FIHProLeague Men's Team standings after today's first game between Belgium and Spain.

The win ensured Belgium extended their advantage over The Netherlands at the summit of the standings to 11 points, although the Dutch have played three games less.

"We had two difficult quarters where we didn't keep the ball enough," said Dockier.

"I think the quarters where we did, we created more chances and we scored, so that was the difference today.

"The main goal today was to just have a really good feeling about being back with the boys on the pitch.

"It was all about having fun and enjoying being with each other."

The two sides are due to meet for the second match of their double-header in Valencia tomorrow.