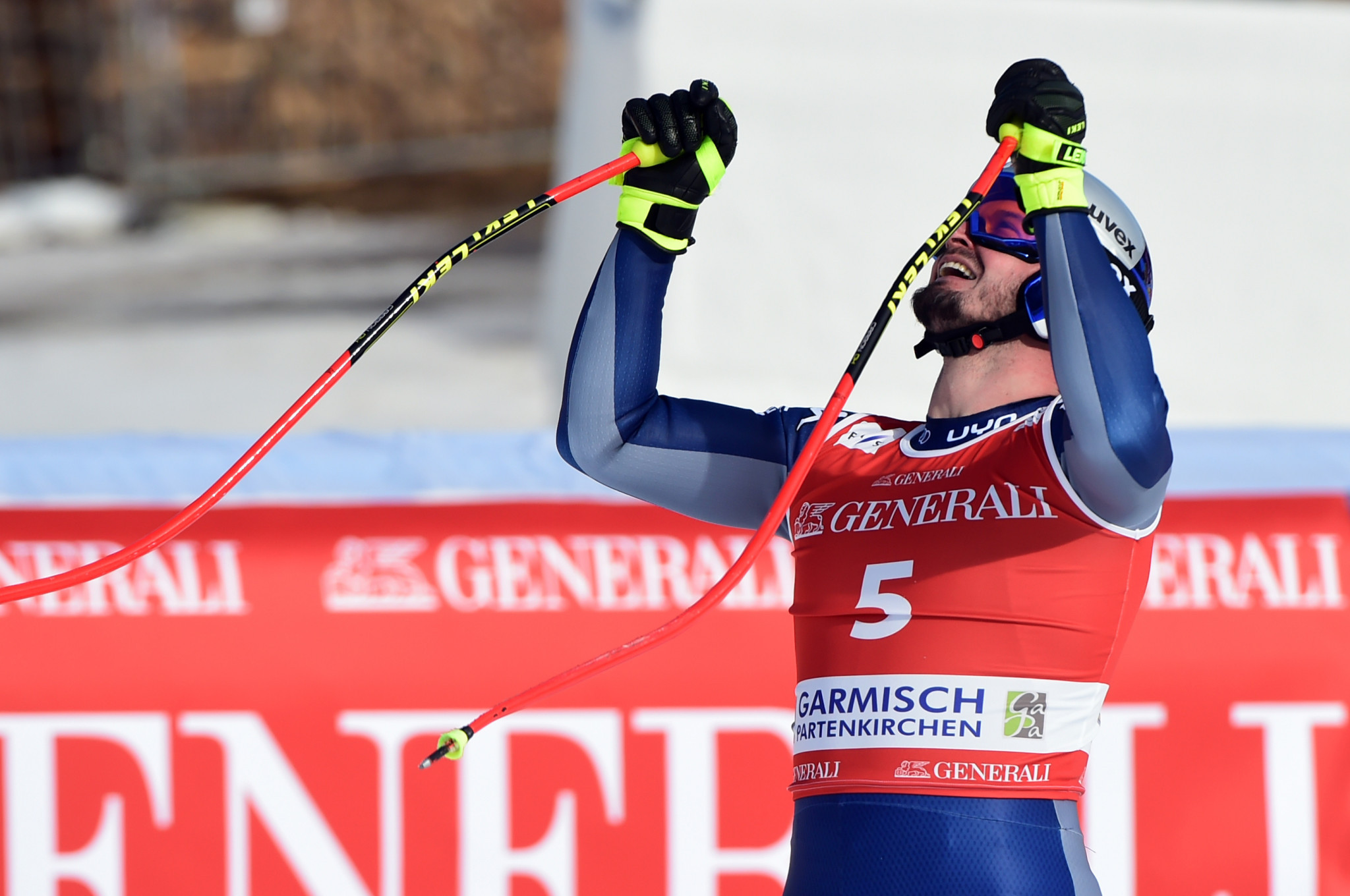 Paris returned to the podium last month with a third-place finish in Kitzbühel, the same venue he sustained an anterior cruciate ligament (ACL) injury at last year.

Paris achieved a time of 1min 33.81sec to secure the 19th World Cup win of his career.

The triumph comes at an ideal time with the FIS Alpine World Ski Championships beginning in Cortina d'Ampezzo in just four days.

With Sofia Goggia injured, Paris will be one of the host nation's brightest medal hopes.

Switzerland’s Beat Feuz will head to the World Championships as one of the favourites for the men’s downhill title.

He maintained his lead in the downhill World Cup standings by finishing as the runner-up behind Paris.

Feuz finished 0.37sec off the pace set by the Italian.

Austria’s Matthias Mayer completed the podium at 0.40 down, just 0.02 clear of his compatriot Max Franz.

Tomorrow will see super-G competition held, offering one final race prior to the World Championships.