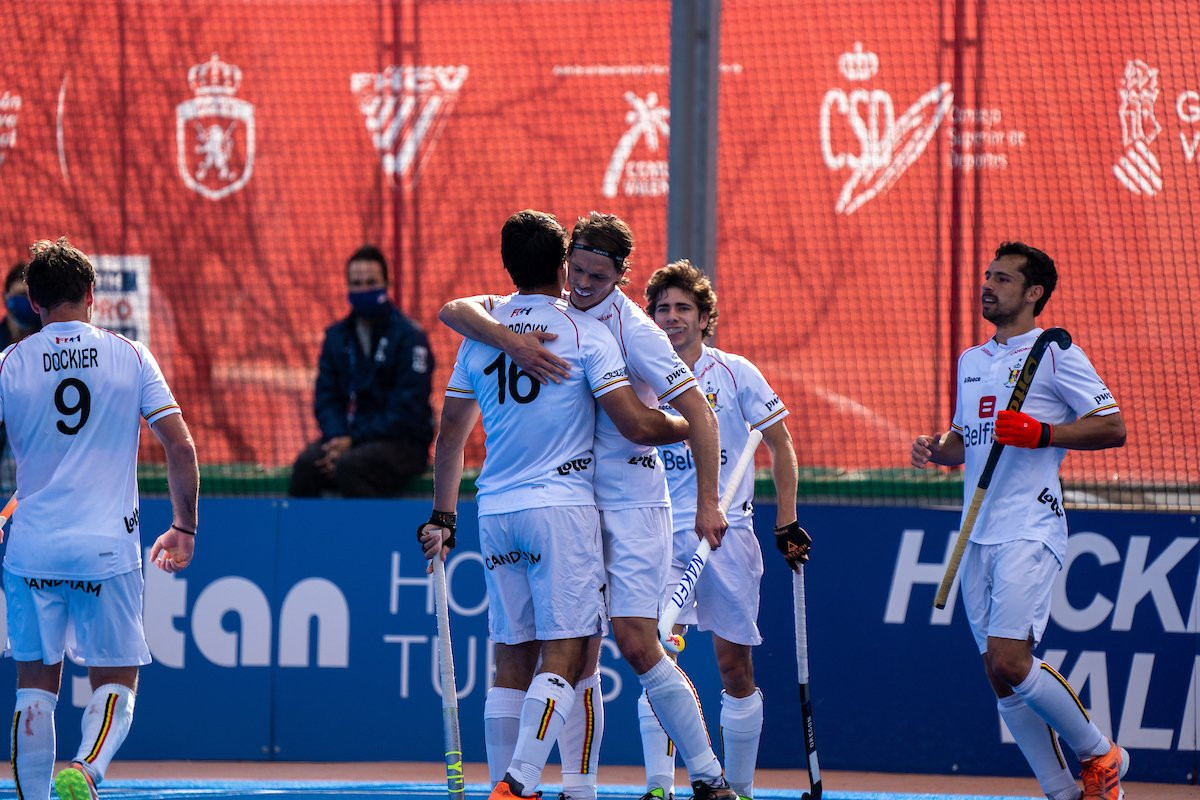 Belgium's men recorded their second victory over Spain in as many days in the Hockey Pro League to cap a perfect 400th appearance for midfielder John-John Dohmen.

Goals from Simon Gougnard and competition top scorer Alexander Hendrickx gave Belgium a 2-0 win at the Estadio Betero in Valencia.

The victory for the reigning world and European champions, who beat their Spanish opponents 3-2 yesterday, extended their lead over The Netherlands - who have played four games less - at the summit of the standings to 14 points.

Dohmen becomes only the sixth player to appear in 400 international matches and holds the Belgian appearance record.

Belgium controlled proceedings from the outset and went ahead in the first quarter when Gougnard smashed home a backhand drive.

Hendrickx doubled the advantage with a trademark penalty corner drag-flick in the second, and that was how it stayed as Belgium closed out another Pro League win.

"I am just really proud to have played so many games for my country, especially with these boys," said Dohmen.

"I love this group.

"I just enjoy the journey with the team, it is just amazing.

"Ten years ago we were nowhere in the world ranking, but now we are the best team in the world.

"We can be really proud of that.

"I am not the only one, there are a lot of old guys in this team who did the same journey as me, so we can be really proud of this."