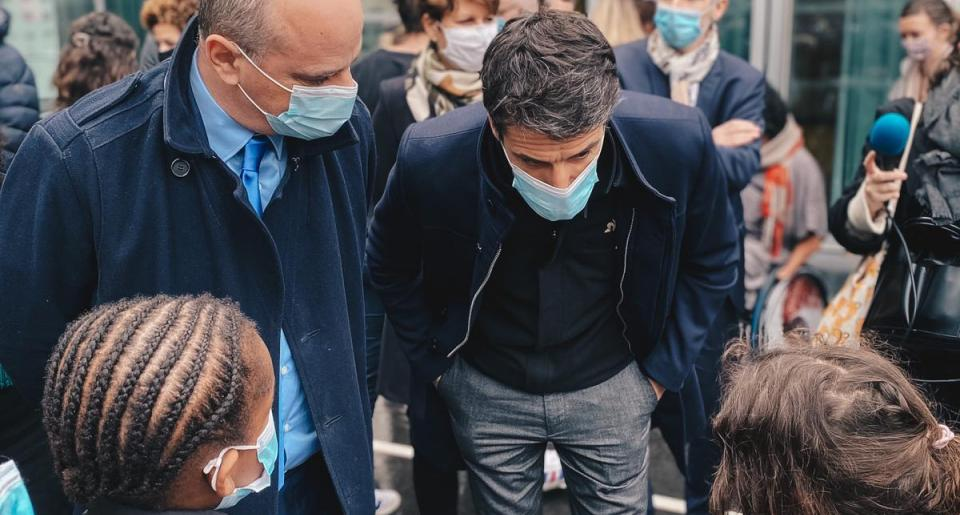 The fifth edition of Olympic and Paralympic Week was held in France digitally due to the coronavirus pandemic, with organisers producing videos featuring athletes and influencers.

The goal of the week is to help combat the growing lack of physical activity among young people, particularly between the age of five and 17.

Organisers revealed that more than 80 per cent of young people do not do the 60 minutes of physical activity per day recommended by the World Health Organisation.

Paris 2024 partnered with the sports movement, schools and university sport to organise Olympic and Paralympic Week, alongside the French Government and health experts.

The aim was to deliver 30 minutes of activity per day, ensuring young people achieve half of the recommended amount of exercise.

"While the health crisis accentuates our sedentary lifestyle and the risk of inactivity for children, this week of promotion of PE and sport at school is an opportunity to recall how regular physical activity plays an irreplaceable role and essential for the preservation of his health," said Roxana Maracineanu, Minister Delegate to the Minister of National Education, Youth and Sports, in charge of Sports.

Organisers claim the Paris 2024 Olympic and Paralympic Games are a real impetus for changing mentalities, as well as their behaviour.

The focus was placed on schools during the week due to its role in establishing good practices at a young age.

Several volunteer schools signed up to be part of the initiative.

"In Paris 2024, the goal that we hold most dear is that of putting more sport in people's lives," Tony Estanguet, the Paris 2024 President, said.

"We want to make children aware of this very simple reality: moving every day is essential to our healthy."

The video programme was aimed at providing teachers and students with free activities they could follow in class.

A physical preparation video was led by Samir Aït Saïd and Angélina Lanza the following day, before French YouTubers McFly and Carlito led an event on Thursday (February 4).

The week of activities concluded with judoka Clarisse Agbegnenou and Hélène Defrance leading a cardio workout on Friday (February 5), with a best of the week sequence then published for participants to do at home with the family.

More than 200 athletes also visited schools throughout the week in France.

The 30 minute videos were shared live on the Paris 2024 Facebook page.

These were followed by live exchanges, via Facebook, between the students and the athletes.