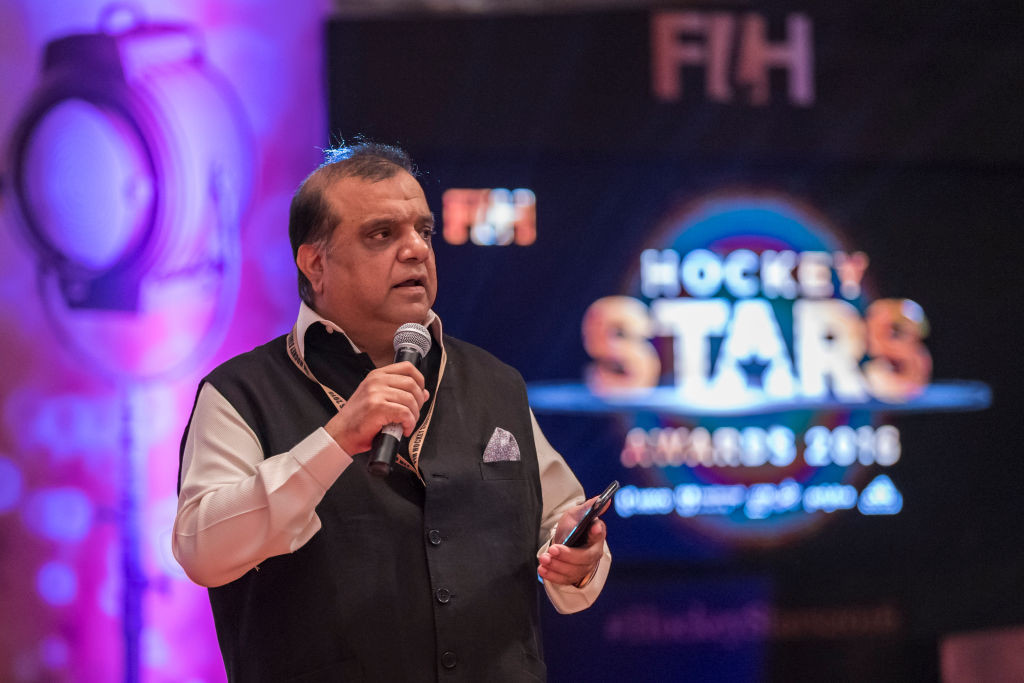 Narinder Batra has confirmed he will stand for a second term as President of the International Hockey Federation (FIH) when the governing body holds its elections in May.

Batra, who became FIH President in 2016 and who also leads the Indian Olympic Association, announced his re-election bid in a letter to the organisation's membership.

"The experience of the last five years, coupled with your numerous encouragements and my strong dedication, have convinced me that I should make myself available to pursue my mission at the helm of the FIH," the International Olympic Committee (IOC) member wrote in the letter, seen by insidethegames.

"Therefore, I herewith have the honour and the pleasure to announce my candidacy to continue to be your President beyond the upcoming Congress, should you wish me to do so."

The FIH is due to hold its Congress in New Delhi in May, but the meeting could be held remotely owing to travel restrictions and other measures imposed across the world in response to the coronavirus pandemic.

It had been scheduled for last year before it was postponed due to COVID-19, which extended Batra's first term.

Hockey's worldwide body opened the nominations period for President on February 12 and it is scheduled to end on March 12.

It appears likely at this stage that Batra, who has sparked controversy during his reign as FIH President, will face at least one challenger for his position.

The winner of the election will serve as President until 2024 after the FIH shortened the second term from four years to three following the postponement of the Congress.

Since his elevation to the top job at the FIH, Batra has been accused of not dedicating enough time to the position as his critics believe he has prioritised his IOA role - which is linked to his IOC membership.

IOA vice-president Sudhanshu Mittal last year began a campaign to remove Batra from his IOA and FIH roles after claiming his election to both positions was illegitimate.

Mittal asked the IOC Ethics Commission and the FIH Integrity Unit to investigate, but both bodies cleared Batra of any wrongdoing.

The FIH has also faced financial difficulties during Batra's tenure, largely caused by a combination of launching a new global tournament - the Hockey Pro League - and the coronavirus pandemic.

The accounts, which predate the COVID-19 crisis, said TV production costs for the Hockey Pro League "were underestimated while, at the same time, revenues from broadcasting deals were overestimated."

Batra has insisted the FIH's financial forecast is bright as he aims to persuade members to give him another three years.

"Thanks to our learnings from the first season and the responsible management of our resources, our budget forecast for the second edition already shows a breakeven," Batra wrote in the letter to FIH members.

"In terms of the overall finances of the FIH, we have a clear and sound budget plan for the upcoming years."