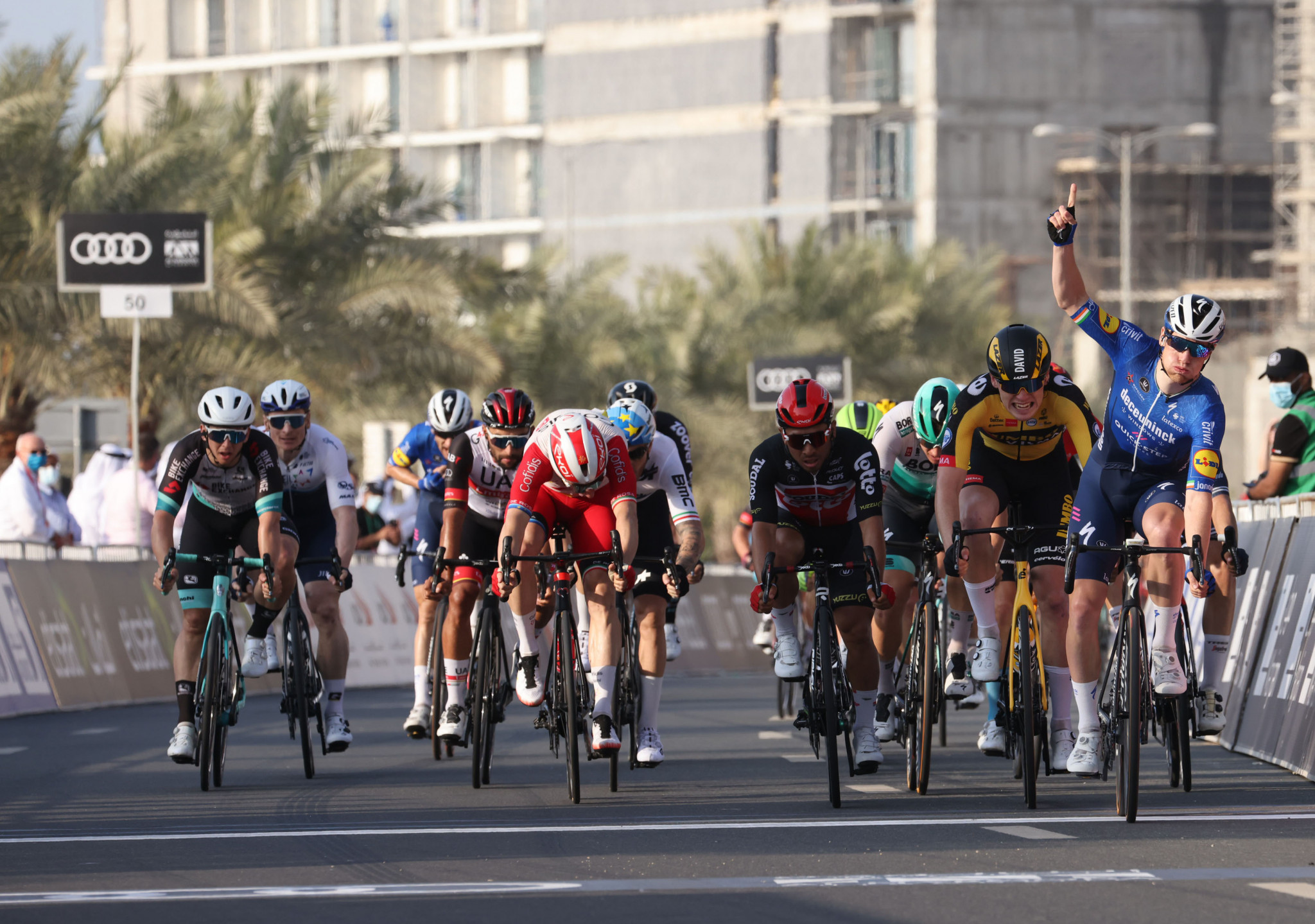 Ireland’s Sam Bennett secured his first victory of the season by triumphing in a bunch sprint on stage four of the UAE Tour in Al Marjan Island.

The fourth stage was expected to conclude with a sprint finish, with the 204 kilometres route starting and ending at Al Marjan Island.

A two-man breakaway featuring French riders Francois Bidard and Olivier Le Gac sought to defy the sprinters, but the pair were caught with 30km remaining.

The remainder of the stage built towards the sprint finish, with a roundabout inside the final 3km proving a key launch point for the final move.

Bennett benefited from the support of his lead-out man Michael Mørkøv of Denmark in the closing kilometre, with the Irish star taking a decisive decision to move across to the left of the road to complete the sprint.

The decision was justified when Bennett crossed the line in a time of 4 hours 51min 51sec.

The Netherlands’ David Dekker finished in second place on the same time as the winner, with Australia’s Caleb Ewan placing third.

"It feels good to win my first sprint of the season," said Bennett, who won three stages at Grand Tour races last year.

"I had to wait for a few days to get this opportunity.

"I was really nervous before the sprint because it was the first fast bunch finish of the year for me.

"I followed my guys who did a fantastic job.

"My lead out went to the right, which was the shortest way to the line, but I chose the long way to the left, as I felt I had enough speed.

"I think today is my 50th professional win.

"It's very nice to take that one."

Portugal’s João Almeida is third at 1min 3sec down.

The general classification battle will continue tomorrow with a 170km mountain stage from Fujairah City to Jebel Jais.