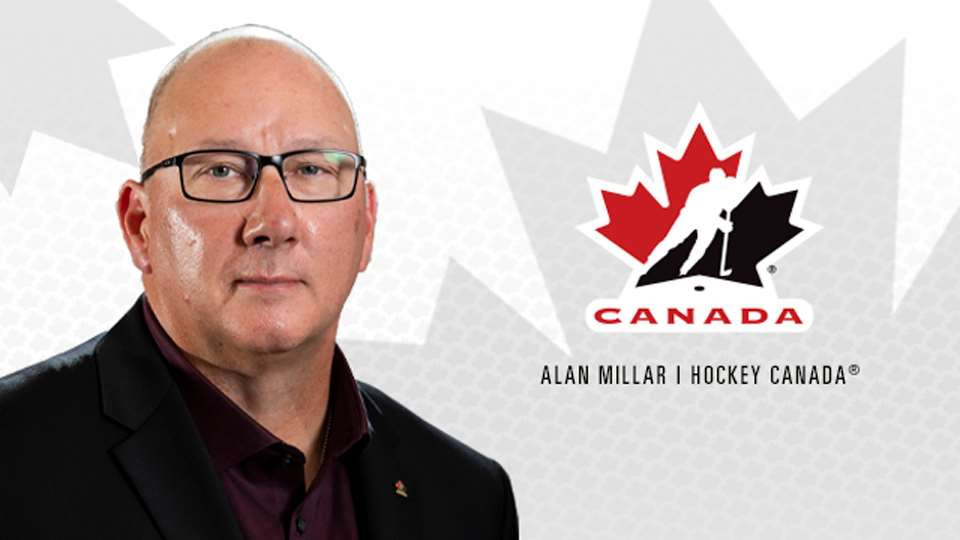 Hockey Canada has announced Alan Millar will become the organisation’s new director of player personnel within the programme of excellence.

Millar will begin the role on March 1.

He will be tasked with leading all player evaluations and selections for Hockey Canada’s national team camps and tournaments.

Millar will work in consultation with Hockey Canada’s five regional scouts and will receive input from across the Canadian Hockey League (CHL).

Hockey Canada says Millar has worked with the programme of excellence system over the past three years, including advising the under-20 programme and Canada’s junior team as it secured a silver medal at the 2021 IIHF World Junior Championship in Edmonton.

Millar also led the under-18 programme for two years.

This included leading Canada’s national men’s summer under-18 team to gold and silver medals at the Hlinka Gretzky Cup in 2018 and 2019.

Alan Millar has been named director of player personnel, overseeing player evaluations for the Program of Excellence.

"Alan is well-versed with all levels of the Program of Excellence, and the invaluable experience he brings will make him a key addition to our staff," said Scott Salmond, senior vice-president of national teams for Hockey Canada.

"He has extensive knowledge when it comes to evaluating players in the Canadian Hockey League, including the Canada-Russia Series, and for Hockey Canada’s national teams.

"His insight and leadership will assist us not just when it comes to athlete development, but in recognizing the athlete skill set it takes to compete on the international stage."

Millar will join Hockey Canada from the Moose Jaw Warriors of the Western Hockey League, where he has served as general manager since 2012.

Millar had previously had a two-year spell as director of hockey operations and five seasons as general manager of the Sarnia Sting, who play in the Ontario Hockey League.