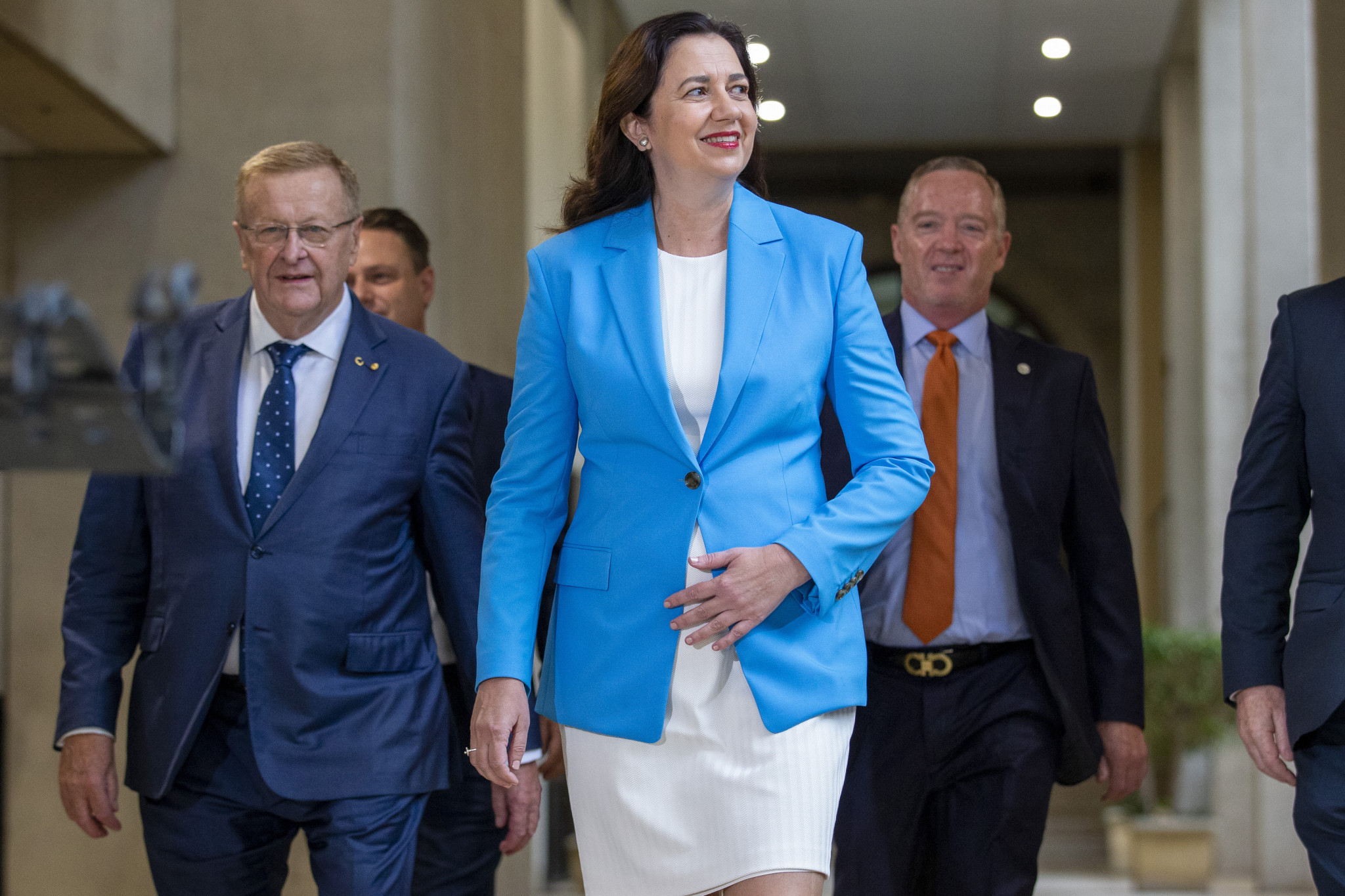 Queensland Premier Annastacia Palaszczuk has suggested one major stadium could be constructed ahead of the proposed Brisbane 2032 Olympic and Paralympic Games.

Brisbane was declared by the International Olympic Committee (IOC) as its preferred bidder for the 2032 Games yesterday, following a recommendation from its Future Host Summer Commission.

Exclusive negotiations, described as a "targeted dialogue", will take place between Australian officials and the IOC following the recommendation.

insidethegames exclusively revealed on Tuesday (February 23) that Brisbane would be installed as the IOC's non-binding preferred bidder.

Palaszczuk told reporters today that a new stadium could be built for the Games.

The venue would reportedly be the sole new build of the Games, with the proposed Queensland plan involving 85 per cent existing venues.

"There is the option of one new big venue in terms of where we would have the Opening Ceremony," Palaszczuk said.

"But we may use Carrara as well."

The Carrara Stadium hosted the Opening and Closing Ceremonies during the Gold Coast 2018 Commonwealth Games, as well as athletics events.

A temporary stand was used during the Games to raise the capacity of the venue to 35,000.

Palaszczuk added that a decision has not been taken on whether the project will be styled as Brisbane 2032 or whether the name would incorporate the region.

The seeds of Queensland's bid were sowed during a successful Commonwealth Games in the Gold Coast in 2018 and it has long been considered the front runner.

A feasibility study on the bid, with Brisbane as the centrepiece, was released by the Council of Mayors, a group representing South East Queensland (SEQ), in early 2019.

The study suggested the Games could provide a AUD$36 billion (£20 billion/$28 billion/€23 billion) boost for the state.

"After many years of hard work from the SEQ Mayors, it’s amazing to hear the IOC acknowledges South East Queensland has what it takes to host an Olympic and Paralympic Games," said Brisbane Lord Mayor Adrian Schrinner, Council of Mayors chair.

"When we started this journey almost six years ago to the day, many people were sceptical.

"Now we’re one step away from being named as the host of the 2032 Olympic and Paralympic Games.

"Today is not the time however, to get over-excited, as there is still plenty of work to be done.

"We started this journey to accelerate investment in critical transport infrastructure for our region’s future, and we look forward to working with the Commonwealth and State to ensure this happens."

The Games are seen as potentially being a major catalyst for helping upgrade Queensland's infrastructure system, which has struggled to cope with the number of motorists and passengers on public transport.

Council of Mayors director and Sunshine Coast Council Mayor Mark Jamieson has suggested the Games could help the region’s economic recovery from the COVID-19 pandemic.

Today was a huge day for #Brisbane and South East Queensland, with the International Olympic Committee (IOC) naming Brisbane as the preferred host for the #2032 #Olympic and #Paralympic Games. pic.twitter.com/jLNLiXe8g5

"These economic drivers, partnered with the IOC’s ongoing cost reforms, make the 2032 Games a compelling proposition for Queensland.

"We have always seen the potential to host the Olympic and Paralympic Games as a means to open up a wealth of opportunities for Queensland through pre-Games training, business and procurement opportunities, tourism and global exposure."

The Brisbane bid will be required to submit documents and the required guarantees needed to host the Games before it is formally recommended as the venue for the 2032 Olympics and Paralympics.

It appears all-but certain that Australia will host the Games for the first time since Sydney staged the event in 2000.

Brisbane is set to be the first city awarded a Summer Olympic Games under the IOC's new process for selecting the host of its flagship event.

The IOC in 2019 established Future Host Commissions, which identify and recommend venues for the Games and enter into dialogue with prospective countries and cities over staging the Summer and Winter Olympics.

This has led to the previous approach of pitting competing cities against one another to host the Olympics for a given year and then announcing the winner seven years in advance being abandoned.