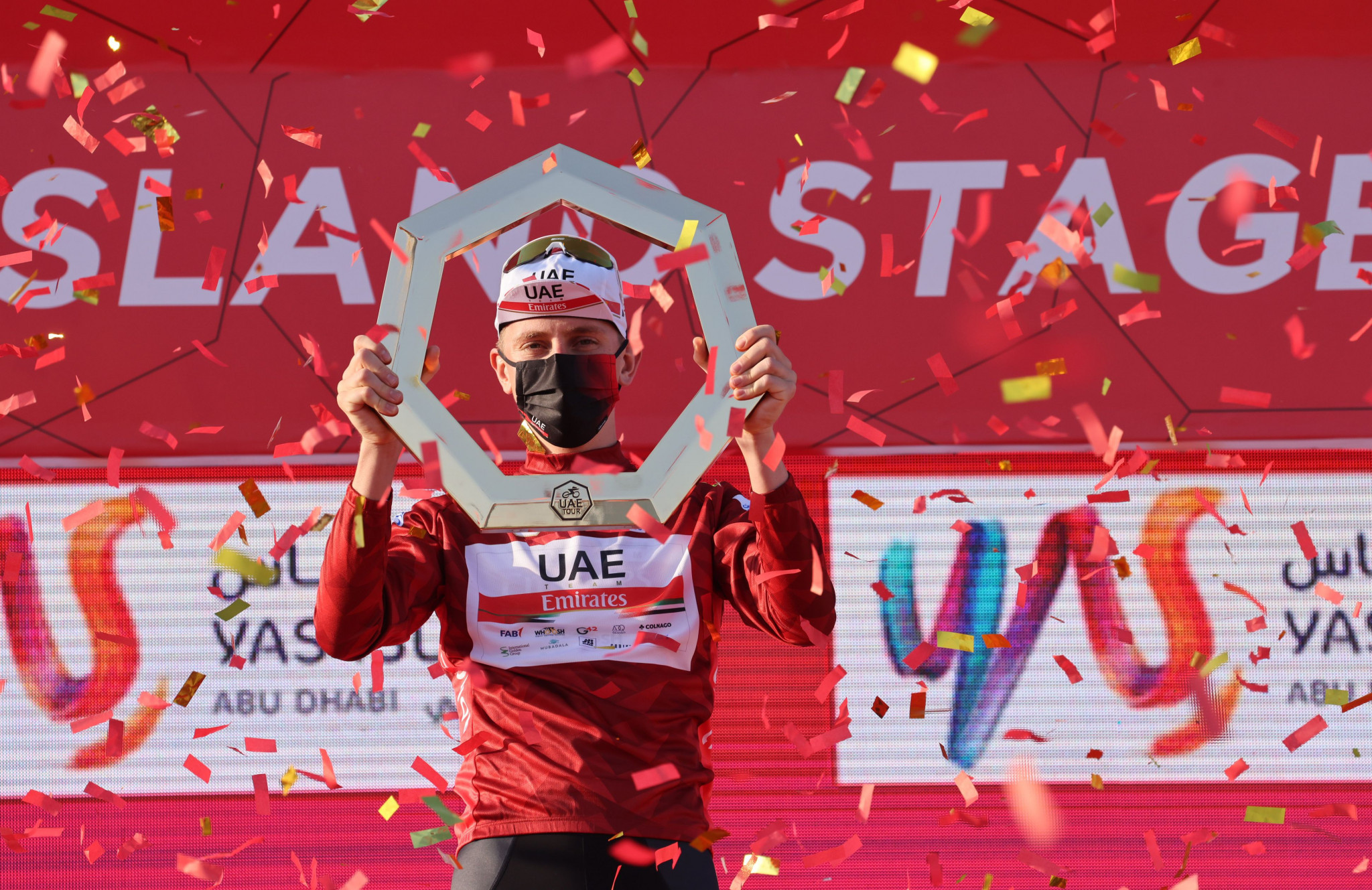 Tadej Pogačar sealed the overall victory at the UAE Tour as Australia’s Caleb Ewan overcame Sam Bennett in a sprint finish to win the final stage in Abu Dhabi.

Pogačar held a 35-second advantage over defending champion Adam Yates of Britain heading into the final stage, after being handed a 10-second penalty for allegedly pushing another rider yesterday.

The Slovenian star, who rides for UAE Team Emirates, was forced to remain vigilant to potential crosswinds during the flat 147-kilometre final stage from Yas Mall to Abu Dhabi.

Ineos Grenadiers created a split in the peloton at the halfway point in the stage as they sought to give Yates a chance at winning the general classification.

However, Pogačar successfully placed himself in the front group of around 20 riders to defend his advantage.

The peloton ultimately regained contact, leading to a bunch sprint at the end of the stage.

Yates was among several riders to suffer a crash in the closing part of the race as the sprint approached, but was able to rejoin the peloton.

Ireland’s Bennett was seeking a third stage win in four days, but the Deceuninck-QuickStep rider was denied by Ewan.

Ewan edged past Bennett in the final metres to triumph in 3 hours 18min 29sec.

Bennett finished as the runner-up on the same time as the stage winner, with Germany’s Phil Bauhaus completing the top three.

Pogačar sealed the overall victory, with Yates finishing 35sec down in the general classification.

"This is really big," said Pogačar.

"It was my first goal of the season and my first home race, so it was really important and I’m super happy.

"My team and teammates did a really good job and we took the win.

"This is one of our best achievements.

"I’ll come back to the UAE for sure."

The next stage race on the International Cycling Union WorldTour calendar will be Paris-Nice next month.