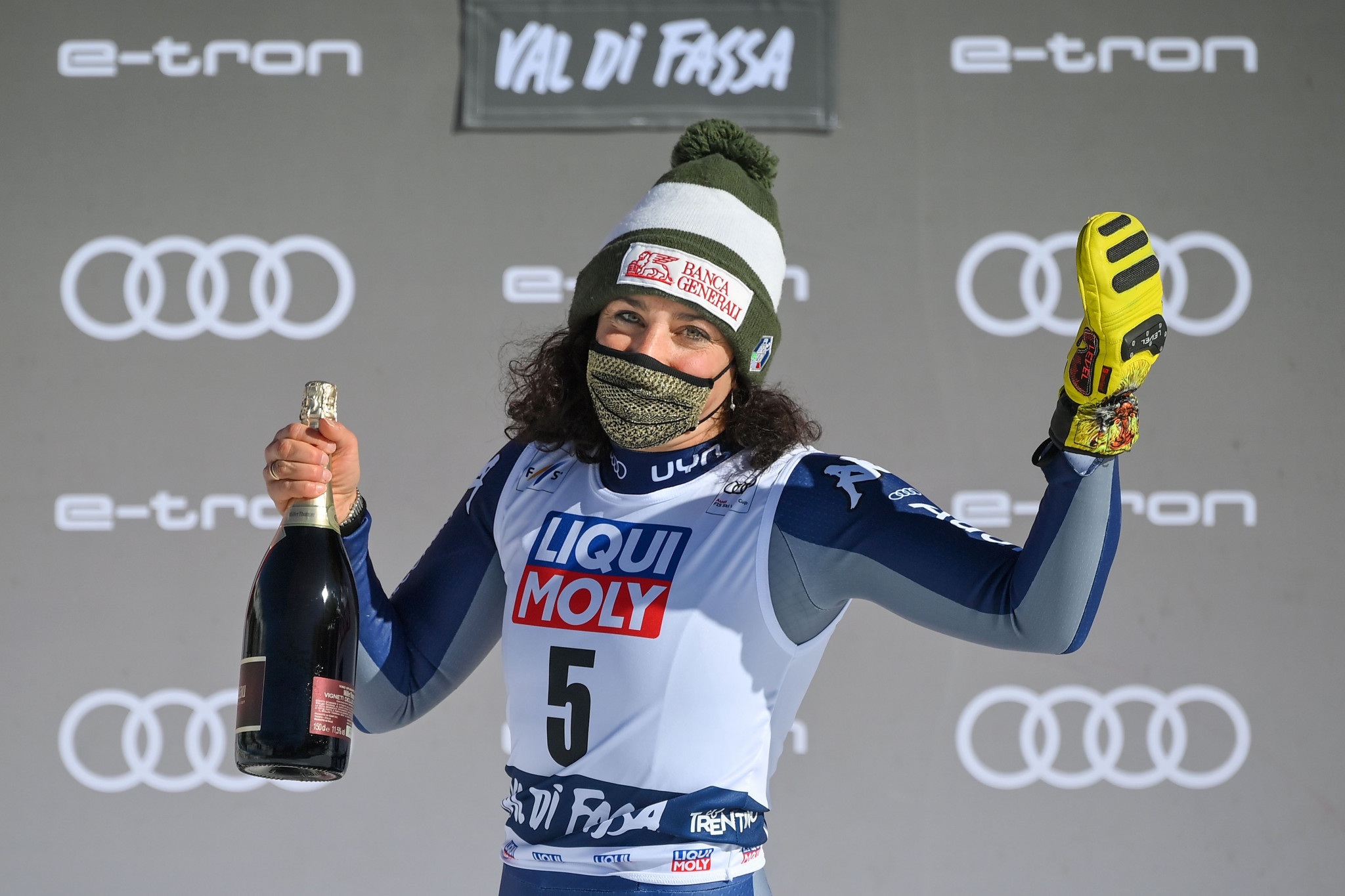 Brignone, the reigning overall World Cup champion, was more than half a second quicker than the rest of the field and ensured there would be a home winner at the Italian resort.

The winning time was 1min 14.61sec, and it is Brignone's first World Cup victory this season.

Gut-Behrami was second in 1:15.20 and Corinne Suter third in 1:15.33, with the Swiss duo having made the podium in all three races in Val di Fassa this weekend.

While Gut-Behrami will be disappointed to see the run of successive World Cup wins end at four, the result does mean she has secured a third career super-G crystal globe.

With only one super-G race left on the calendar, Gut-Behrami has an unassailable 202-point lead in the standings.

Slovakia's Petra Vlhová placed well down in 32nd, meaning Gut-Behrami's lead in the overall standings has been stretched to 187 points.

Having won two gold medals and a bronze earlier this month at the FIS Alpine World Ski Championships, securing the overall crown would cap what is already a career-best season for Gut-Behrami.

Eight World Cup races remain but half are slalom contests - a discipline Vlhová specialises in and Gut-Behrami normally skips.

The World Cup circuit now moves to Jasná is Slovakia, which is due to stage slalom and giant slalom races next weekend (March 6 and 7).