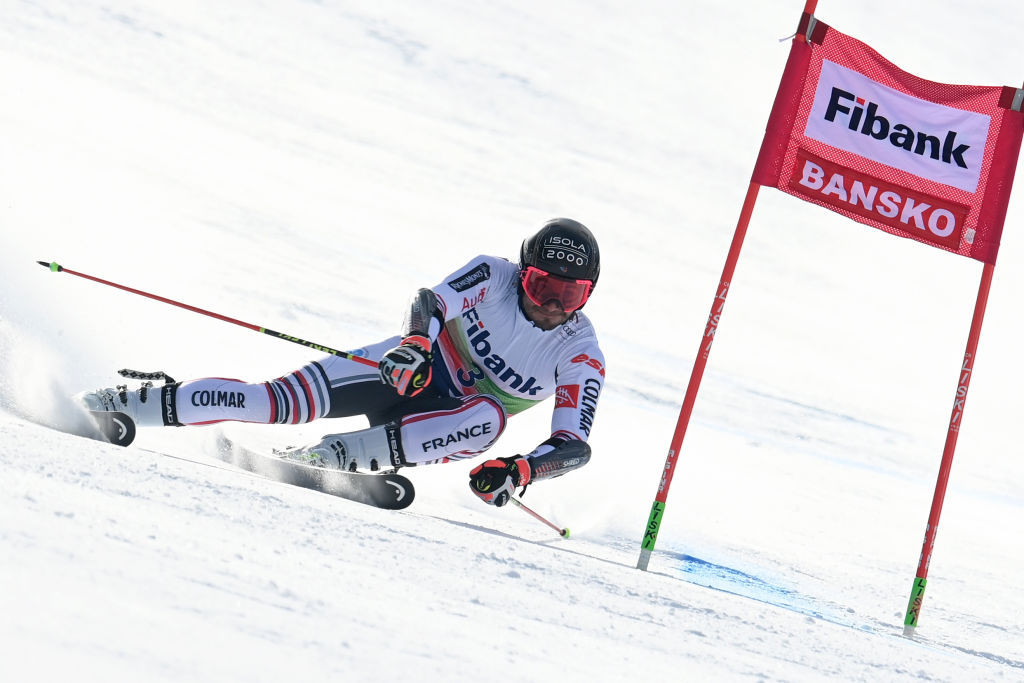 World champion Mathieu Faivre of France went one better than his silver medal yesterday as he claimed giant slalom gold at the Alpine Skiing World Cup in Bansko.

Faivre, who earned the world title in Cortina d'Ampezzo last week, sealed only the second World Cup victory of his career by clocking a combined 2min 25.29sec.

The Frenchman finished a comfortable 0.75sec clear of nearest challenger Marco Odermatt of Switzerland, who took silver in 2:26.04.

Faivre's compatriot Alexis Pinturault ended the event in third after recording a time of 2:26.10.

"I'm really happy about the race, and now I'm going to have some rest," Faivre said.

Pinturault has a 210-point lead over Odermatt in the race for the overall World Cup title after the event in Bansko.

The Frenchman also occupies top spot on the giant slalom standings but his advantage is a slender one, with his Swiss rival 25 points behind with two races to go.