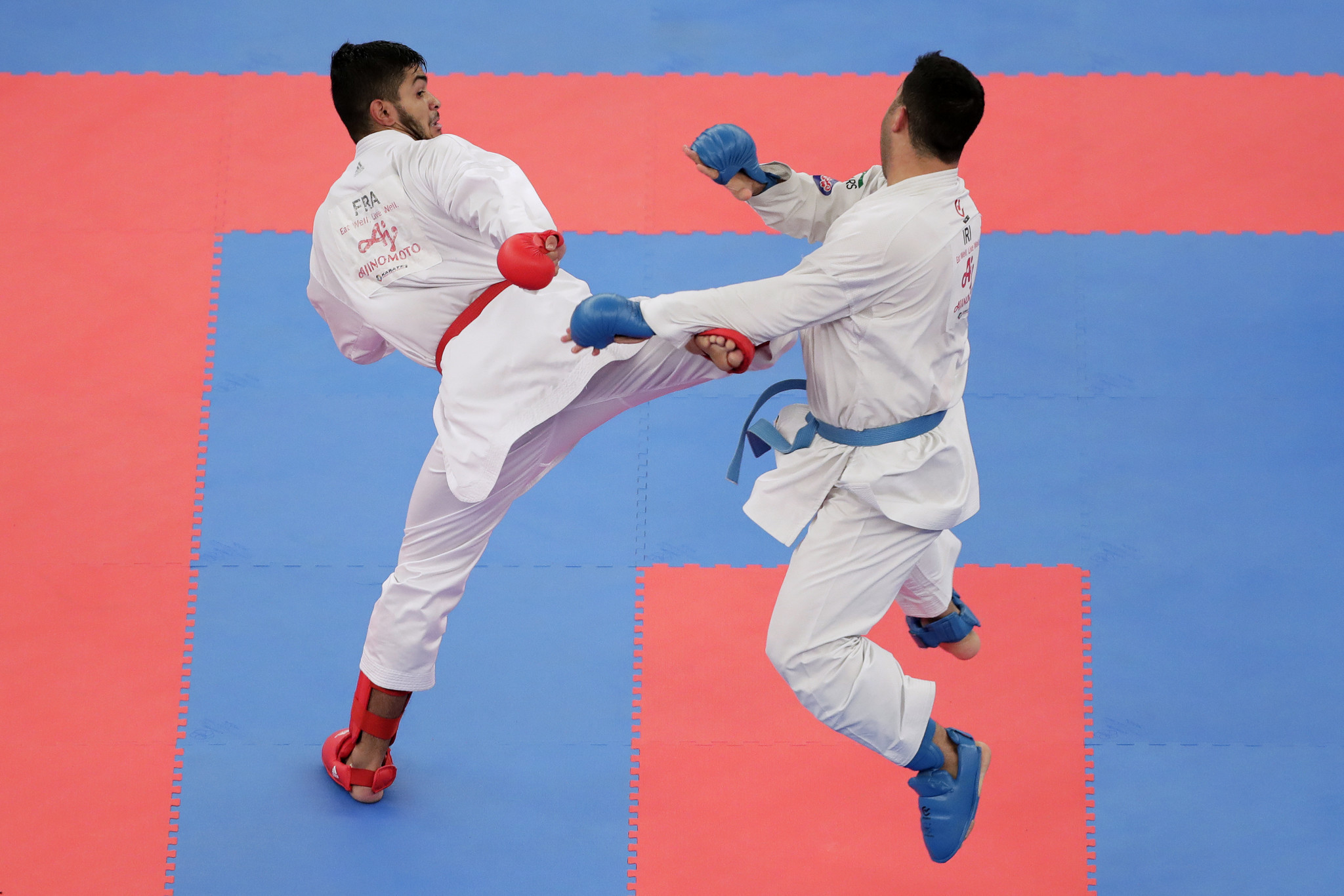 The World Karate Federation (WKF) has announced contingency plans in case its qualification events for the Tokyo 2020 Olympic Games cannot go ahead.

Three competitions which could not be held last year as a result of the coronavirus pandemic were rolled over to 2021 after the Olympics were also pushed back by 12 months.

These are the Karate 1-Premier League leg in Morocco's capital Rabat, the European Championships and the Tokyo 2020 Qualification Tournament.

Athletes across the divisions are aiming to finish in the top four in karate's Olympic Standing to earn an automatic spot for the sport's Olympic debut, with only one place available per country.

The closing date for the Olympic Standing is the end of May, before the planned Tokyo 2020 Opening Ceremony on July 23.

If the Rabat event, currently due to be held between April 9 and 11, does not take place, the WKF said it would look for an alternative host of a Premier League competition on the same dates.

Different dates will be considered if the same timeframe is not possible, providing these fall before the May closure of the Olympic Standing.

In the case no alternative Premier League event can take place, the competition will be removed from the qualification process.

This year's European Championships are scheduled for between May 19 and 23 in Porec in Croatia, which stepped in to host in December after Swedish city Gothenburg withdrew.

If the event cannot be held before the closure of the Olympic Standing, the WKF said the 2019 European Championships in Guadalajara in Spain would instead be taken into account.

Four men's and four women's events are due to be held in karate at Tokyo 2020, with a maximum of 10 athletes in each.

As well as the four athletes from the Olympic Standing, host nation Japan are guaranteed a place in each division and there will be 12 quota spots through continental representation, to be spread across all of the events.

The rearranged Tokyo 2020 Qualification Tournament in Paris between June 11 and 13 will qualify the top three athletes in each class, while two men and two women will be picked through the International Olympic Committee's Tripartite Commission.

Before Tokyo 2020 was postponed, the WKF had already announced 40 athletes who had "qualified" for the Games.

It was then forced to confirm that the qualification process would in fact continue.

The governing body has also clarified the Olympic Standing rules for weight divisions that have been "merged" for the Olympics.

In this instance, the four qualifiers from the Olympic Standing must be divided equally between the WKF categories.

It means the top two under-50kg competitors would qualify for Tokyo even if not in the top four overall, although the one athlete per country rule still applies.

Despite being selected for the Tokyo 2020 programme, karate has not retained its place for the Paris 2024 Games.