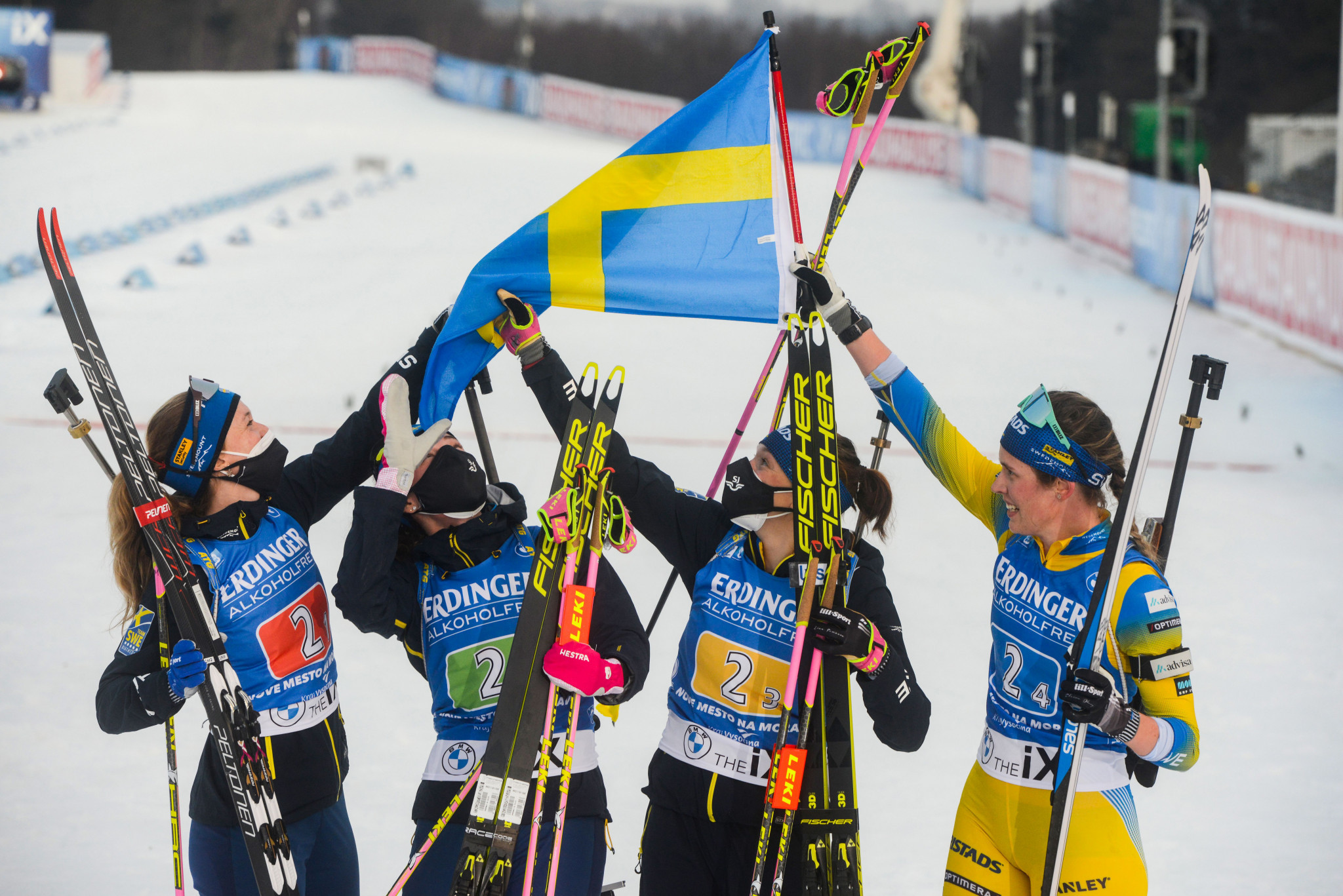 Elvira Öberg clinched victory in the women’s 4x6-kilometre relay when she sprinted up the last hill to pass Belarus’ Elena Kruchinkina.

"I am so tired, it was so hard on the final lap," said Elvira Öberg.

"But I am also very happy that I managed to win.

"The lead kept changing but I was achieved the victory.

"I have never experienced anything like this, it was a new situation for me.

"To be able to bring back the global as well is crazy."

"I'm so so tired [...] but also so so happy" @elvira_oberg gave it her all on the last loop and it was rewarded with a victory today and the Discipline Globe in the women relay! 🏆🇸🇪https://t.co/bk5aBBso9Q | #nmnm21 pic.twitter.com/4ycZZuiVYa

The silver medal went to the Belarussians of Iryna Kryuko, Dzinara Alimbekava, Hanna Sola and Kruchinkina, who finished a little more than a second behind Sweden with nine spares.

Anaïs Bescond, Justine Braisaz-Bouchet, Chloé Chevalier and Julia Simon of France were 27.8sec adrift in third position with a penalty and eight spares.

Twenty-one teams lined up for the final women’s relay race of the season with the discipline’s overall title on the line.

The light winds led to 10 spare-free teams in the first prone stage before Norway’s Tiril Eckhoff gained an early lead.

But Norway soon slipped back as Sweden and Belarus battled it out for gold in a thrilling finish.

Competition continues tomorrow with the men’s 4x7.5km relay when Norway will be aiming to seal the title.

The men’s and women’s sprint and pursuit events are due to take place on March 6 and 7 respectively.

Nové Město na Moravě is also scheduled to host the penultimate stage of the season from March 11 to 14.