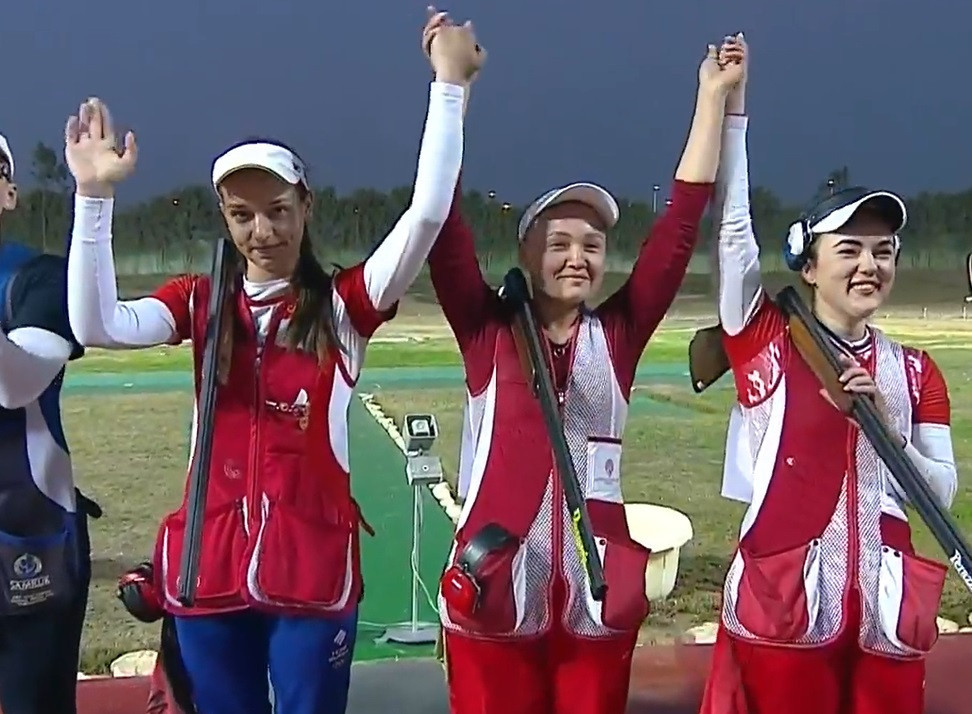 Cernogoraz and Josip Glasnović produced almost flawless displays, both missing just one of their 20 targets as Croatia hit 56 of 60 targets in total.

The battle for bronze was a far closer affair with Egypt claiming a memorable win in a shoot-off against Slovenia after the match tied at 5-5.

The Egyptian trio of Ahmed Kamar, Abdel Aziz Mehelba and Ahmed Zaher all hit the target before Tadej Kostanjevec missed as the host nation clinched bronze.

The women’s trap team final also turned into a tense encounter after India clawed their way back.

India subsequently had chances but Russia held their nerve to clinch a 6-4 victory.

Mariya Dmitriyenko, Aizhan Dosmagambetova and Sarsenkul Rysbekova of Kazakhstan secured bronze with a 6-2 win over the Egyptian team of Sahar Talaat, Nourhan Elmeniawy and Maggy Ashmawy.

This was the last day of Cairo's ISSF Shotgun World Cup.