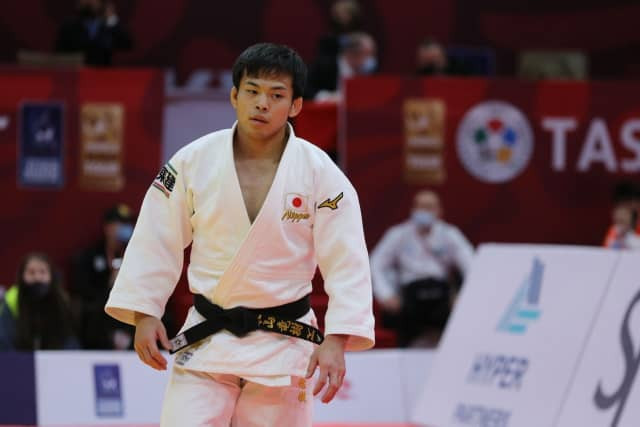 Japan won three of the five gold medals on the first day of competition at the International Judo Federation (IJF) Tashkent Grand Slam in Uzbekistan.

Ryuju Nagayama was one of the winners, having defeated Yeldos Smetov of Kazakhstan in the final of the men’s 60 kilogram weight class.

Fellow Japanese judoka Uta Abe enjoyed a successful return to action in the women’s 52kg with a win over Mongolia’s Sosorbaram Lkhagvasuren in the final.

Abe remains one of the favourites for the Tokyo 2020 Olympics in the category and added a win in Tashkent to the list of her accolades, which includes two world titles.

Switzerland’s Fabienne Kocher and Bok-yeong Jeong of South Korea were the bronze medallists.

Finally, Japan's Momo Tamaoki won the gold medal in the women’s 57kg with a final victory over Chinese Taipei’s Chen-Ling Lien, while Marica Perisic and Theresa Stroll were the successful bronze medallists.

Asian nations largely triumphed on the first day in Tashkent, with the other two gold medals going the way of Mongolian and South Korean judokas.

Munkhbat Urantsetseg of Mongolia, who won gold at the 2013 World Championships, emerged victorious ahead of Japanese judoka Natsumi Tsunoda in the women’s 48kg final.

Baul An of South Korea won the men’s 66kg following his bout with Baskhuu Yondonperenlei of Mongolia, while Uzbekistan’s Sardor Nurillaev and Russia’s Aram Grigoryan captured the bronze.

Nine weight classes are still to be competed in tomorrow and Sunday (March 7).