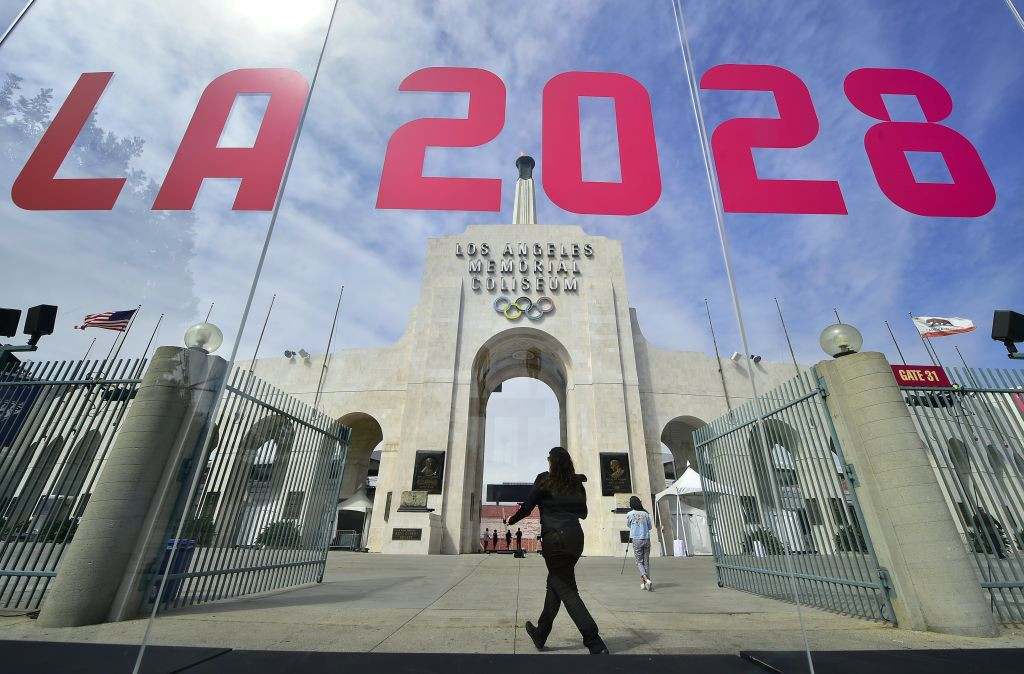 The Los Angeles Coliseum, centrepiece of the 1984 Olympics and track and field host for the LA 2028 Games, has been named as venue for Major League Rugby (MLR) franchise LA Giltinis.

The team’s first match will be held at the Coliseum on March 20, CBS Los Angeles reports, when the Giltinis - named after a cocktail and owned primarily by Loyals Rugby, an investment company founded in Australia - will play the New England Free Jacks.

According to MLR the team and Coliseum officials have reached "a landmark stadium agreement of five-plus years."

The Coliseum hosted the athletics in the 1984 Olympics as well as the Opening and Closing Ceremonies, which will be hosted in 2028 at the recently completed SoFi Stadium.

It underwent a renovation and restoration programme from 2017 to 2019 during which a new press box, viewing lounges and seats were installed, reducing the capacity from 93,607 to 78,467.

A new athletics track will also be installed ahead of the 2028 competition.

The Giltinis were announced as a new Major League Rugby franchise in May 2020 but their home was not confirmed at the time.

"Rugby World Cup is the third biggest sporting event on the planet and many would agree that Los Angeles is the sporting capital of the world so it became imperative for this city to have its very own rugby team in the LA Giltinis," said Adam Freier, the Giltinis’ general manager, and a former Australian Wallabies player.

"The game of rugby is built upon a rich history.

"It prides itself on its values and tradition but continues to look at ways to innovate.

"This is exactly why we are partnering with such an iconic and celebrated sporting arena in the Los Angeles Memorial Coliseum - 'The Greatest Stadium in the World’ as it is widely tagged."

The Coliseum's general manager Joe Furin added: "I’m very excited to have rugby return to the L.A. Coliseum for the first time in 65 years."

National Football League side LA Chargers played at the Coliseum before switching to the SoFi Stadium last year.

Major League Rugby is a professional rugby union competition and the top-level championship for clubs in North America, when it was established in 2018.

In the 2021 season it will be contested by 12 teams - 11 from the United States and the Toronto Arrows from Canada.