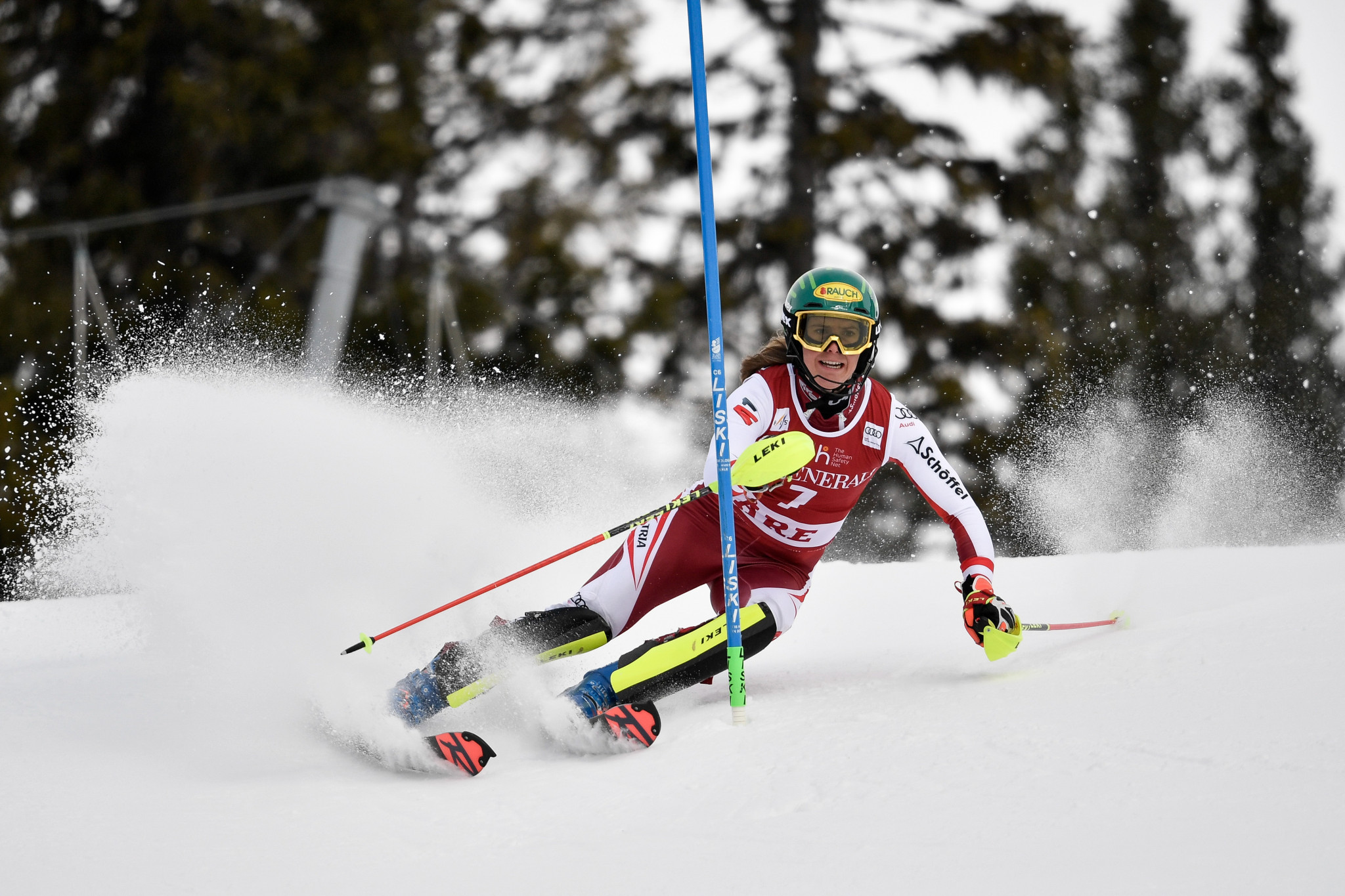 The 23-year-old Austrian was second-fastest on both slalom runs at the Swedish resort, and finished as the winner by a margin of 0.72sec.

Liensberger had been on the World Cup podium nine times previously, but this is her first win.

American Mikaela Shiffrin was second, with a disappointing second run where she was 0.96sec off the pace of the fastest skier, Vlhová, dropping her from the lead.

Switzerland's Wendy Holdener was third - 1.65sec off the winner's pace - while German Lena Dürr and American Paula Moltzan completed the top five in that order, each recording just a second top-five finish of the season.

Slovakia's Vlhová, the overall FIS Alpine Ski World Cup leader, recovered from a bad first run where she was 2.95sec off the pace to come eighth.

That leaves Vlhová with a 96-point advantage over Swiss star Lara Gut-Behrami in the overall standings with four races to go.

In the race of the slalom crystal globe, with one contest still to come, Liensberger is 22 points off leader Vlhová.

Lenzerheide in Switzerland is set to stage the World Cup finals from March 17 to 21.