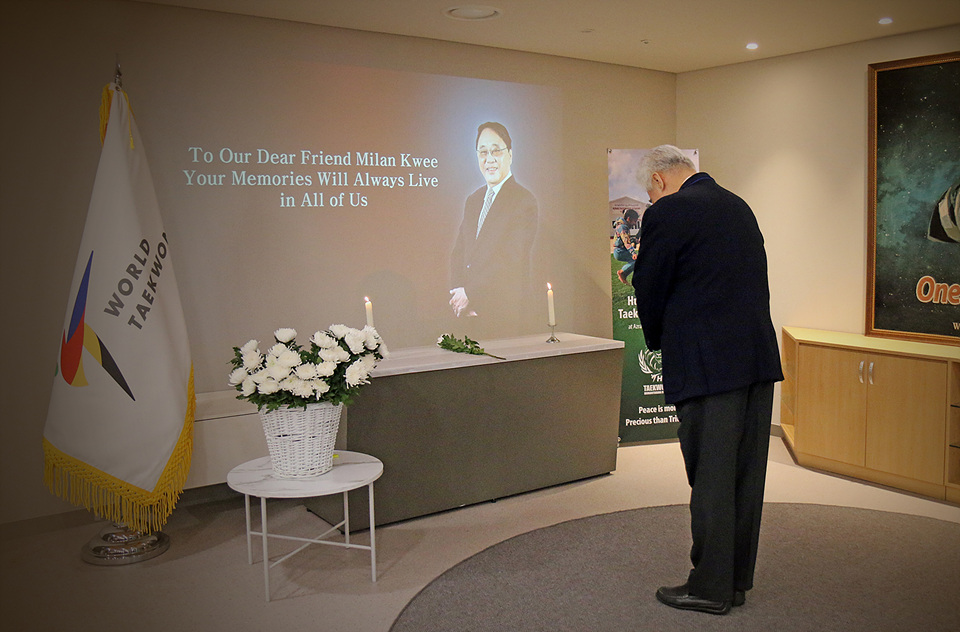 World Taekwondo has paid tribute to its former Council member and Singapore Taekwondo Federation President Milan Kwee, who has died at the aged of 74.

Kwee passed away on March 9.

World Taekwondo established a memorial for three days at the governing body’s headquarters, as well as allowing people to leave their memories on an online page.

Kwee had been a national champion in taekwondo and represented the nation in regional and international events.

He later became a committee member at the Singapore Taekwondo Federation, before serving as President of the organisation.

He retired as Singapore Taekwondo Federation President in 2018.

Kwee had led Singapore as the Chef de Mission at the South East Asian Games in Kuala Lumpur, where the country enjoyed its best performance at an away edition of the multi-sport event.

We are deeply saddened by the departure of our vice-president, Mr Milan Kwee. Thank you for all that you have contributed to the Olympic Movement and Singapore sport. 🇸🇬 Rest in peace, Milan. 🕊

"Dear friend Milan Kwee, you lived a life that is full and rich and with a beautiful family you deeply love," Ng said.

"Friends from around the world who are saddened by your passing will also celebrate your life and cherish the many great memories.

"I recall how proud you were traveling the world supporting the efforts of World Taekwondo in different work from supporting refugees to the latest assignment of advising the transformation of the Indian Taekwondo Federation."