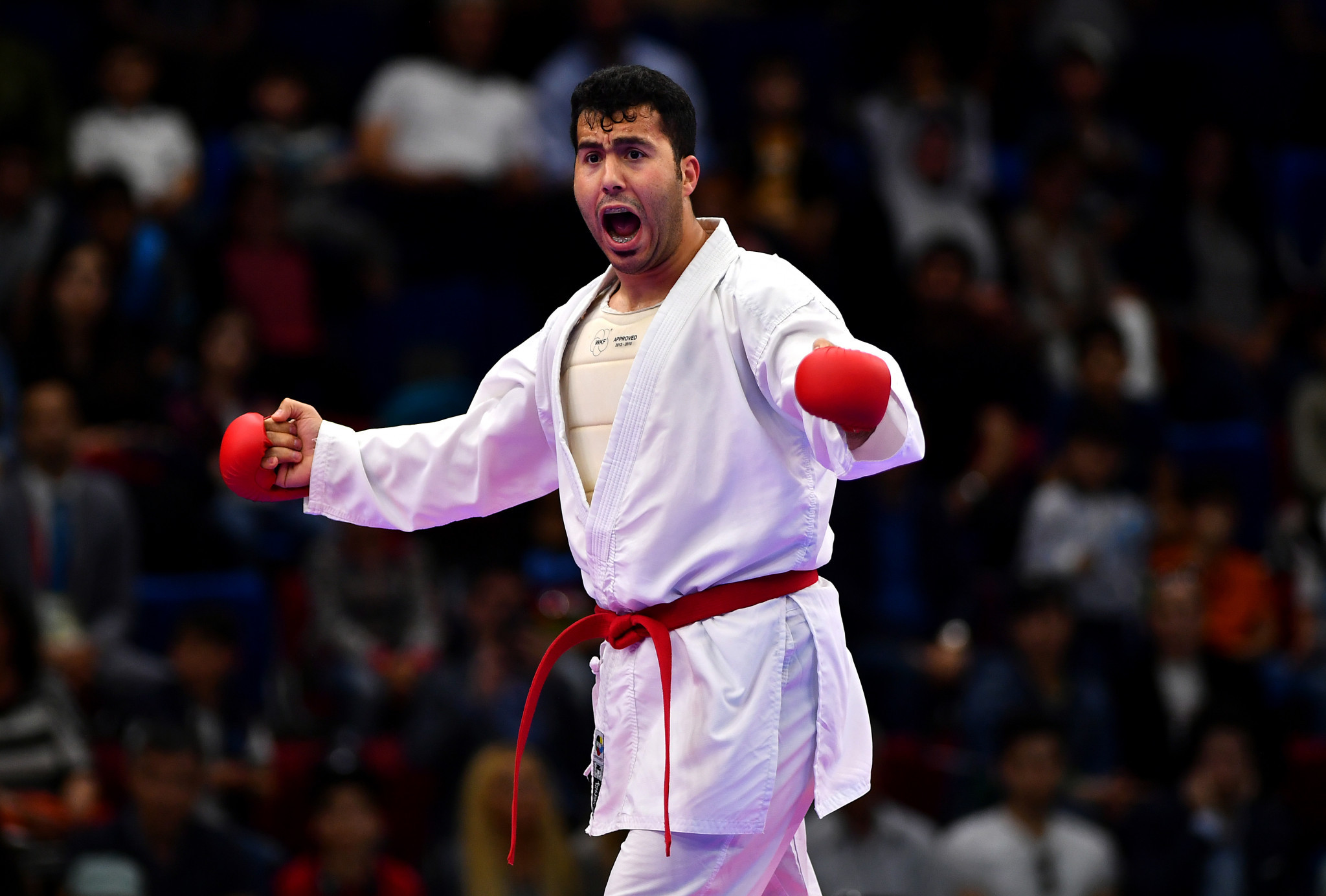 Turkey claimed three gold medals on the final day of the Karate-1 Premier League event in Istanbul as the sport hosted its first major international competition for a year.

Turkey’s second gold of the day came in the Male Kumite -60kg category, after Eray Samdan narrowly beat Firdovsi Farzaliyev of Azerbaijan through a single yuko 1-0.

One of the most complete final performances of the day came from Sajad Ganjzadeh of Iran in the Male Kumite +84kg category.

Ganjzadeh, a Grand Winner and current number two in the sport’s world rankings, comfortably beat Ryzvan Talibov of Ukraine 7-0, with a mawashi geri kick the highlight of a dominant display.

In the Kata categories, Spain got the better of Turkey in both the men’s and women’s categories.

In the Male Kata, world ranking leader Damian Quintero also claimed gold after overcoming Ali Sofuoglu of Turkey by 26.36 to 26.12, thanks to a suparinpei.

The most dramatic win of the day came in the Male Kumite -75kg category as European champion Luigi Busa of Italy beat Dastonbek Otabolaev of Uzbekistan 4-2 thanks to an ippon in the dying stages.

There was another tight encounter in the Female Kumite +68kg category as Sofya Berultseva of Kazakhstan beat Turkey’s Meltem Hocaoglou Akyol by decision as the contest ended 3-3.

The last contested final was in the Female Kumite -55kg category with Valeria Kumizaki of Brazil edging out Valentina Toro of Chile by first unopposed point, with the contest ending 1-1 after both competitors scored yukos.

The second round of the Karate 1-Premier League season is scheduled to take place in Lisbon, Portugal from April 30 to May 2.