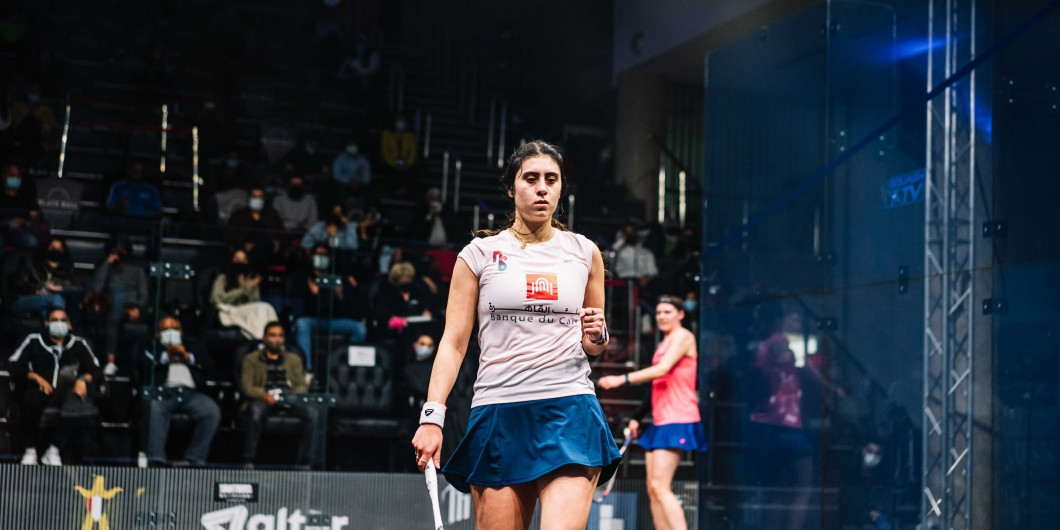 World number one Nour El Sherbini knocked defending champion Sarah-Jane Perry out of the Black Ball Squash Open to move within two matches of a maiden title in Cairo.

El Sherbini - a two-time runner-up in this event - needed 46 minutes to beat the Englishwoman, and will go from playing the 2018 Commonwealth Games silver medalist in the quarter-finals to the gold medalist in the semi-finals.

New Zealand's Joelle King is up next for El Sherbini, after an impressive 11-7, 11-9, 11-8 win against fourth seed Hania El Hammamy.

"I’m ecstatic with that performance and to beat a player like her in three, but the job’s not done, so I don’t want to relax too much and get too excited when I’ve got another match to play," said King following the convincing win over the 20-year-old Egyptian.

The American, who received a bye in the last round when Egypt’s second seed Nouran Gohar was withdrawn for breaching COVID-19 protocols, was off the pace from the outset and lost 11-4, 11-4, 11-2.

The other quarter-final was the pick of the matches, lasting more than an hour and going the distance.

Sobhy and Hany will meet in the second semi-final tomorrow.