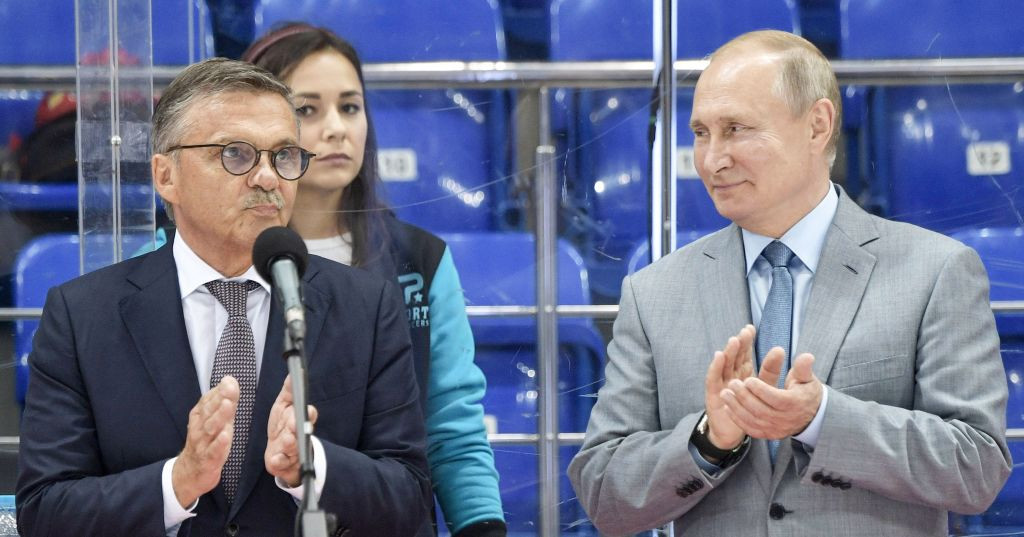 The International Ice Hockey Federation (IIHF) has set a deadline of June 15 for officials to submit their candidacy to succeed René Fasel as President of the worldwide governing body.

Fasel confirmed the date following the latest meeting of the IIHF Council, which concluded in Moscow today.

The International Olympic Committee member had been due to step down as IIHF President in 2020 before his term was extended after the electoral Congress was postponed until this year because of the coronavirus pandemic.

The vote is scheduled to be held during the IIHF Semi-Annual Congress in St Petersburg in September.

It has also been confirmed that Ice Hockey Federation of Russia (FHR) President Vladislav Tretiak has resigned from the IIHF Council in line with the World Anti-Doping Agency (WADA) sanctions against the country.

Under the terms of the Court of Arbitration for Sport (CAS) decision, anyone defined by CAS as a Russian Government representative cannot hold sit on any board or committee at a signatory of the World Anti-Doping Code, such as the IIHF, for two years.

Tretiak is a State Duma Deputy and a member of Russia's Health Protection Committee, which falls under the list of Government offices the CAS verdict applies to.

The three-time Olympic gold medallist, elected FHR President Russia in 2006, has sat on the IIHF Council since 2012 and was re-elected in 2016.

Fasel, who has close ties to Russia and its President Vladimir Putin and has previously criticised the punishments imposed on the country, said it was "unfair" that Tretiak had been forced to resign from the IIHF's ruling body.

"We still cannot understand why Vladislav should leave our Federation," Fasel said, according to Russia's official state news agency TASS.

"He is a legend, he is absolutely not involved in these so-called scandals.

"But we had no other choice, rules are rules.

"None of the Federation can't understand why he should leave.

"He cannot be on the Council, but he will be with us, so this will not affect relations with the Russian Ice Hockey Federation in any way."

According to TASS, the FHR has nominated two-time Olympic medallist and Stanley Cup finalist Pavel Bure as Tretiak's replacement on the Council.

His successor is due to be chosen at the Semi-Annual Congress.

"It will be a big plus if a man like Pavel joins the Council," said Fasel.

"He is a hockey man, it's always good.

"We'll see if there are other candidates."

The IIHF also confirmed its anthem would be used instead of Russian national anthem at IIHF World Championships this year.