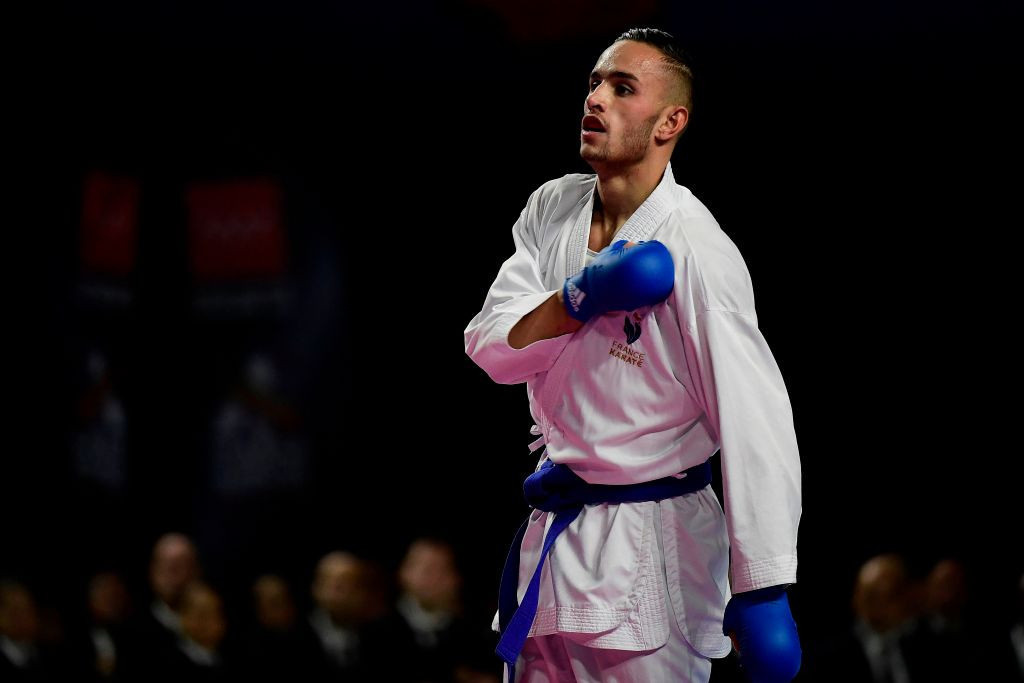 The French Karate Federation (FFK) has held a "test match" event to prepare its athletes for upcoming international events including the Olympic qualification tournament in Paris.

Athletes from 11 countries competed at the two-day event in Châtenay-Malabry, located just outside of the French capital.

The World Karate Federation's (WKF) COVID-19 protocols were in place during the competition, staged by the FFK as part of the return of the sport in the country.

Athletes had to return a negative coronavirus test in order to compete, while only one category at a time was contested in the arena.

"Sometimes I was a bit lacking in the distance, and I would have liked to better show my techniques," said world 67 kilograms champion Steven Dacosta, who won all five of his bouts during th event.

"I was a little tense because it was my first competition.

"Otherwise, I did some great things.

"It was a friendly game, so the goal was to train."

FFK President and WKF vice-president Francis Didier said the event had been a success.

"It was a friendly high-level sports training," Didier said.

"This test match event has allowed the French competitors to compete against foreign athletes to be at their best level for the upcoming events.

"It is important to organise this type of meetings to break the isolation generated by this health crisis, especially in some countries."

Paris is due to stage the Olympic qualification tournament from June 11 to 13 after it was postponed due to the rescheduling of the Tokyo 2020 Games.

The WKF held its first Karate-1 Premier League event for more than a year in Istanbul last weekend.