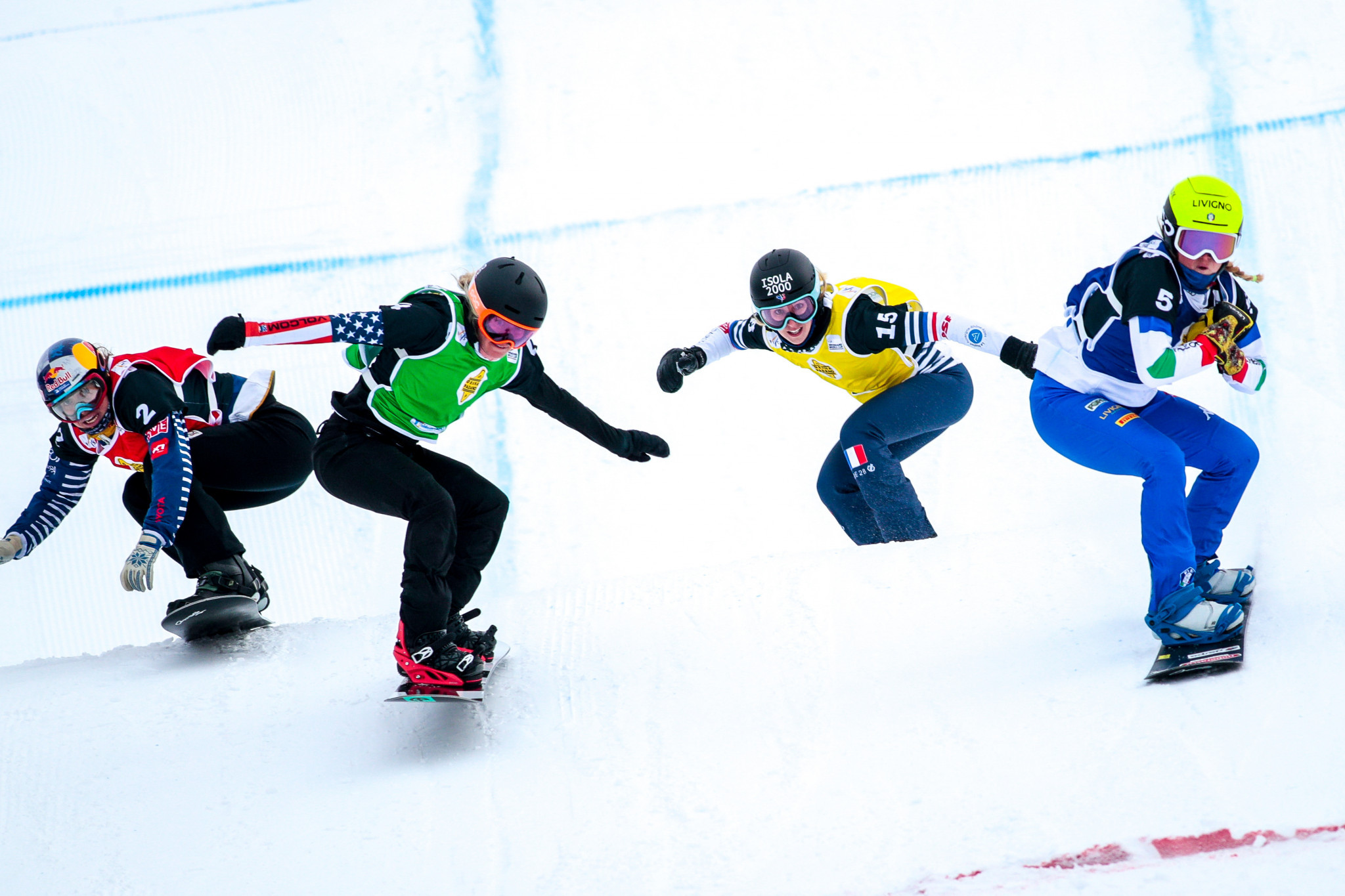 Crystal globes will be on the line when the International Ski Federation's Snowboard Cross World Cup season reaches its conclusion in Veysonnaz tomorrow.

Eva Samková and Michela Moioli are neck-and-neck in the women's standings, each on 350 points.

The pair have between them won four of this season's five World Cup races, but Czech athlete Samková is above Italy's Olympic champion as things stand by virtue of appearing on the podium more times.

American Faye Gulini has 282 points in third and is mathematically still in the running to win the overall World Cup crown, despite not winning an individual leg this season.

Gulini will need Moioli and Samková to seriously falter if that is to transpire.

Moioli and Samková have between them won each of the last five World Cup tiles - Moioli has three and Samková two.

Riders ready? Attentiooooon...GO👊🥳for Saturday's SBX season finals in @Veysonnazsuisse 🇨🇭
It's gonna be a biiiiig fight for the globes 🌐 and we CAN'T WAIT to see the final showdown of the year😎🏂🏂🏂🏂#fissnowboard #sbx #seasonfinals #finalshow #thebattleison pic.twitter.com/Yd2z083gVE

On the men's side, Austrian Alessandro Hämmerle is in pole position and has a 62-point lead over Éliot Grondin, meaning he would be assured of the title by qualifying for the big final.

Canada's Grondin, 19, recorded a first-ever World Cup win in Bakuriani in Georgia earlier this month, but followed that up with a 25th place finish the following day.

Both men's and women's World Cup legs are scheduled to be held in their entirety at the Swiss resort tomorrow.

An FIS snowboarding World Cup event is also scheduled to take place in Berchtesgaden, Germany, with competition in men's and women's parallel slalom.

The crystal globes in both the men's and women's events were secured in the last round in Rogla, Slovenia, last time out.

Ramona Theresia Hofmeister of Germany, who won the women's crystal globe title in Rogla, lines up again in Berchtesgaden.

Sofia Nadyrshina of Russia, whom she beat in the big final in Rogla, is also among the field in Germany.

In the men's event, Roland Fischnaller of Italy, who won the men's crystal globe title in Rogla, is among the field in Berchtesgaden.

Zan Kosir, who won in Rogla, on home soil, also features in the line-up for the final round of parallel slalom competition scheduled this season.

Qualification and World Cup races are scheduled to take place tomorrow, with a team event due to follow on Sunday (March 21).