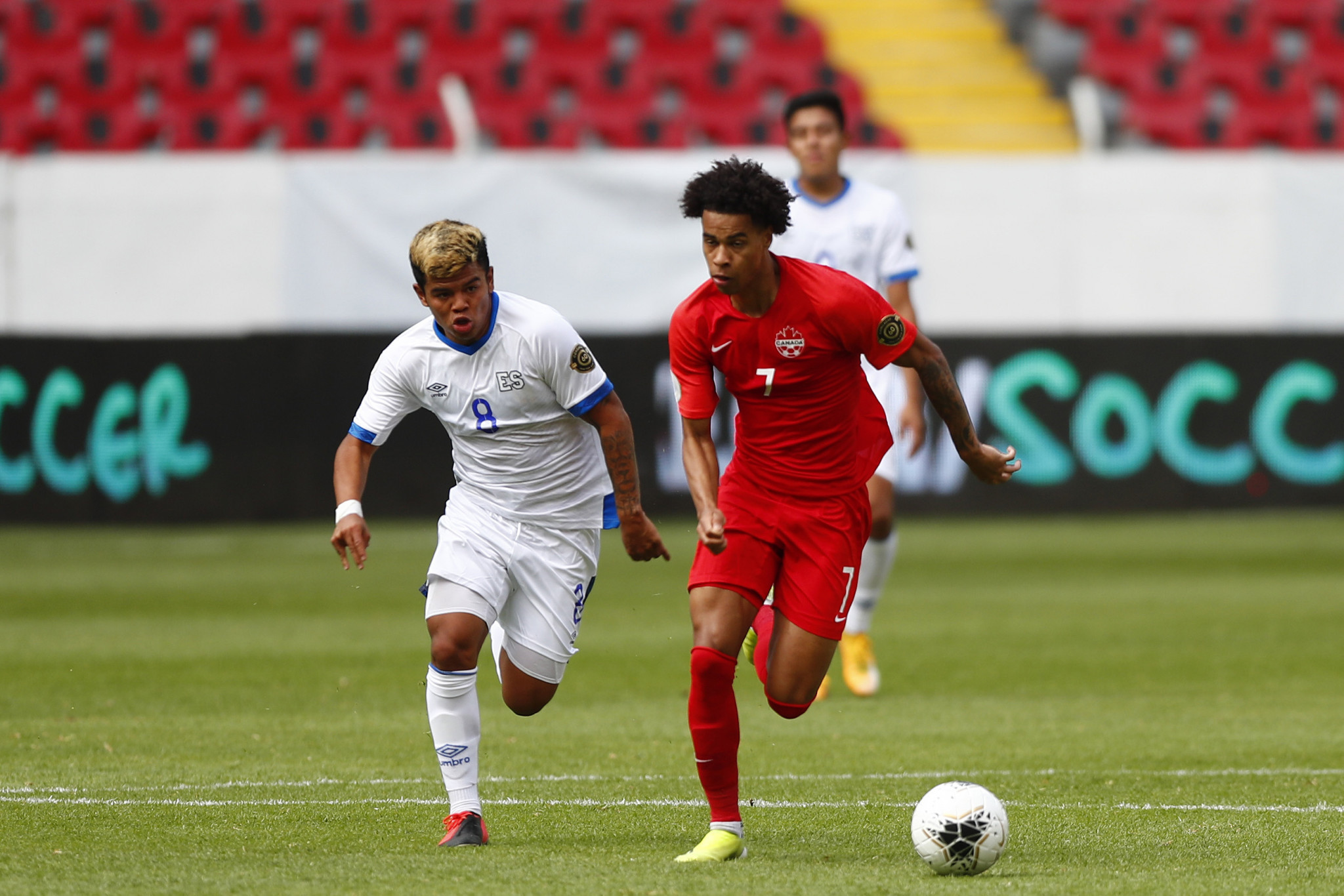 Haiti had to start the game with just 10 players and an outfield player in goal while they waited for coronavirus test results, however, because many of the squad arrived in Mexico late.

The Haitians could only bring on a full-time goalkeeper mid-game, once his coronavirus test came back negative.

Vuelto added a third goal before the interval, reacting sharply to the makeshift Haiti's goalkeeper's deflection on a cross to guide the ball home, and that was how it finished.

Canada followed that with a 2-0 win over El Salvador and Tajon Buchanan was the star man.

The New England Revolution player opened the scoring after 17 minutes, shimmying past his marker before scoring from a tight angle with a low, left-footed drive.

⚽️ What a goal! 🇨🇦 Tajon Buchanan puts it into the net for the second time in the game! @CanadaSoccerEN 2-0 @fesfut_sv | #CMOQ pic.twitter.com/0z7nttafYi

And four minutes later he doubled the Canadian advantage in style, with shades of a famous Wayne Rooney goal.

Buchanan fell to the floor after colliding with an El Salvador player off the ball and was complaining to the referee as play continued - only to pick himself up as the ball headed his way and unleash a vicious strike - this time with his right foot - from outside the box which sailed into the top corner.

Honduras and Canada each have three points from one game and are in command of Group B.

The CONCACAF berths are the last two places at the men's Olympic football tournament to be decided.