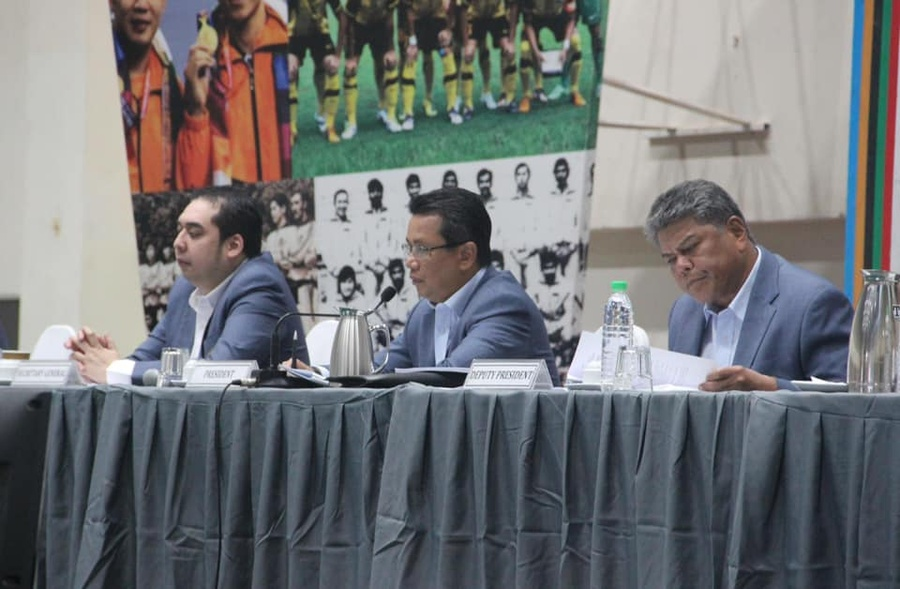 Hamidin was appointed to the role during the Olympic Council of Malaysia (OCM) Executive Council meeting on Saturday (March 20).

The meeting was held at the Tan Sri Hamzah Arena in the OCM Indoor Sports Complex in Kuala Lumpur.

Hamidin currently serves as the President of the Football Association of Malaysia.

The endorsement from the OCM will now see Hamidin oversee Malaysia’s preparations for the Southeast Asian Games.

The multi-sport event is scheduled to take place in Hanoi from November 21 to December 2.

A total of 40 sports feature on the programme for the Games, which is held on a biennial basis.

Vietnam is set to host the Games for the second time, with Hanoi and Ho Chi Minh City staging the event in 2003.

The Games is expected to feature all 11 members of the Southeast Asian Games Federation.

Malaysia finished fifth on the medals table at the last Southeast Asian Games, finishing behind hosts Philippines, Vietnam, Thailand and Indonesia in 2019.

The OCM has also confirmed the suspension of the Malaysian Handball Federation’s membership to the organisation.

The Malaysian Handball Federation reportedly have outstanding debts owed to the OCM.