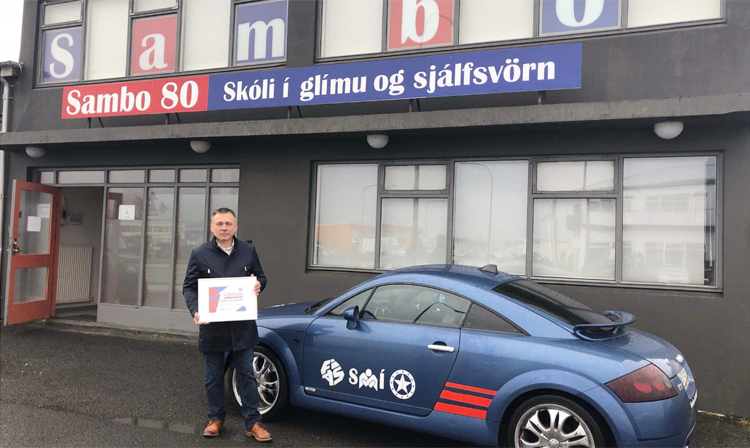 The International Sambo Federation (FIAS) has confirmed the "Sambo 80" club in Iceland has become the second to receive accreditation worldwide.

The governing body said the certification process was disrupted by the COVID-19 pandemic, which largely halted training and competition.

The Russian club has now been followed by Sambo 80, which is based at Hafnarfjordur in Iceland.

Sambo 80 were reportedly among the first to respond to the FIAS initiative and submit an application.

"Obtaining accreditation has become a significant event for us, which opens up great opportunities for future work on certification and development of sambo in Iceland," said Alexander Stolyarov, head of the Sambo 80 club.

"It is also a recognition of our past achievements and an advance payment for future work.

"We believe that the FIAS initiative on accreditation of clubs, as well as certification and registration of athletes, coaches, referees and their licensing is the right step for the development of sambo at the level of National Federations and schools.

"We are grateful for the cooperation, as well as for the attention and trust shown to us by the leadership of the International and European Sambo Federations.

"For our part, we promise to further promote and develop sambo in Iceland.

"We would like to express our special gratitude to the FIAS sports director Dmitry Maksimov, who acted for us as a coordinator on the issue of obtaining accreditation for the club."

Sambo 80 received its name due to being established during the 80th year since the sport was founded, back in 2018.

The club secured its own premises in November 2019.

Around 60 people are part of the club, with the majority of the participants aged under 18.

Separate groups for adults and parents are also in place.

The club aims to teach bot self-defence and sambo techniques.