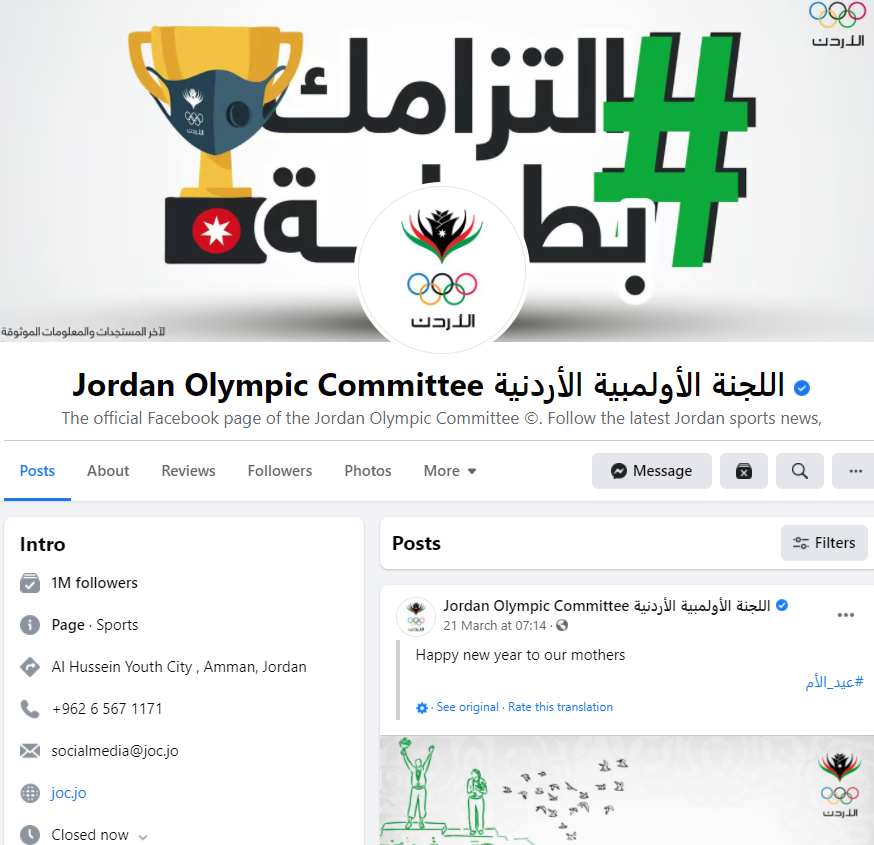 A new Association of National Olympic Committees (ANOC) Social Media Audit has encouraged officials in Jordan that it is successfully engaging with a young audience in the country.

It revealed that the JOC’s 1.1 million Facebook followers make it the fourth highest ranking NOC Facebook page in the world.

Only the United States, with 4.1 million, Brazil, with 2.3 million, and Britain with 1.6 million, have more followers and they are all much bigger countries than Jordan.

The ability to communicate directly to such a large online community, particularly during the COVID-19 pandemic, strengthens the JOC’s aim to encourage people to be more active at such an important time.

The JOC achieved significant growth across all its social media channels combined in 2020, with more than 27,000 new followers across all platforms, the third largest absolute growth of all NOCs worldwide behind the US and Brazil.

"Jordan remains committed to empowering Jordanians to participate in sport, from the grassroots to elite level.

"Our digital content, particularly during the COVID-19 pandemic, allows us to engage with the community and inspire the next generation of young athletes.

"The first-ever Jordan National Strategy for Sport, introduced in 2017, has played a major role in our overall transformation, and the efforts of our media team are clearly demonstrated in the results of the report."