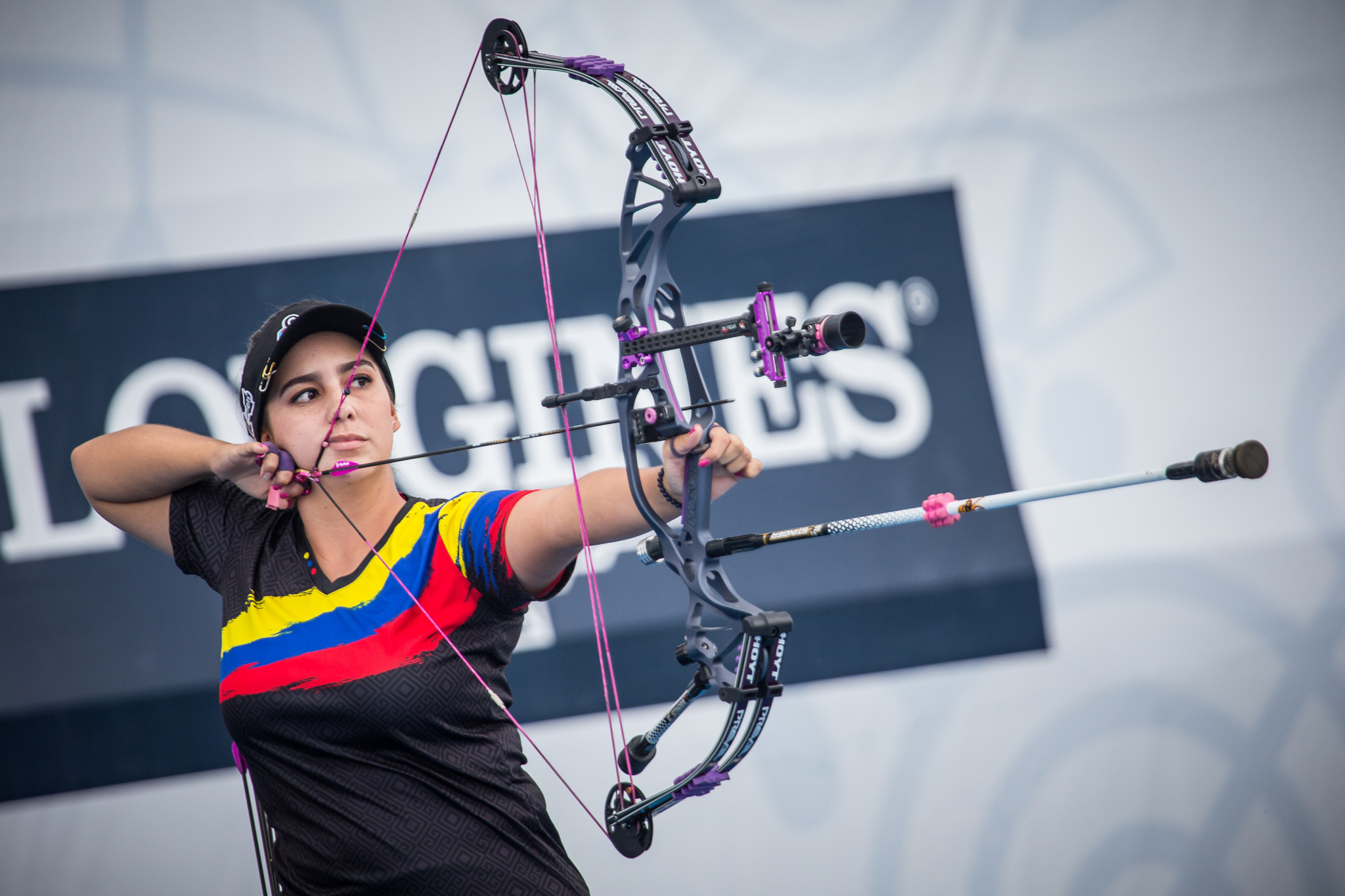 The first medals of the Pan and Parapan American Archery Championships were decided in Monterrey, Mexico in the mixed team disciplines today.

In the compound mixed team open final, Mexico edged out Brazil 141-138 in the gold medal match while Chile beat Colombia 143-132 in the bronze medal contest.

In the recurve mixed team open finals, Mexico edged out Brazil 5-4 after their match had finished 15-15.

In the recurve mixed team category, Brazil defeated Colombia 5-1 in the final to win the gold medal match, while bronze went to Cuba who beat Argentina 5-1.

Action also got underway in individual disciplines with the semi-final line-up determined in the men’s compound open.

In the quarter-finals, Omar Echeverria of Mexico, who was the top qualifier in the event yesterday, beat compatriot Omar Delgado 139-127.

Gerardo Rodriguez of Mexico beat Diego Quesada Arias of Costa Rica 137-131, to set up a last four encounter with Andrey De Castro of Brazil who triumphed 141-120 against Javier Basualto Bravo of Chile.

Bonilla will face compatriot Daniel Munoz, who progressed to the last four after his match with Sebastian Arenas 145-145.

Antonio Hidalgo of Mexico beat Roberto Hernandez of El Salvador 147-145, and will now face Julio Barillas of Argentina in the last four after he overcame Juan Del Rio 149-146.

The line-up for the last four of the men’s recurve open was determined today.

Molina will face Nelson Santos Silva of Brazil in the last four, after Silva beat Ariel Alejandro Hernandez of Cuba 6-2.

Jose Baez of Mexico beat Luciano Rezende of Brazil 6-2, and will now play another Brazilian Heriberto Alves Roca in the last four, after he triumphed by the same scoreline against Wilmar Edisson Alzate Escobar of Colombia.

The semi-finalists were determined in the women’s compound category.

Lopez will now face Esmeralda Sanchez of Mexico in the last four, after she edged through 145-144 against compatriot Andrea Becerra.

A season off from competition and Sara López 🇨🇴 is still back dropping perfects. This 150 put her into the quarterfinals of the Pan American #Archery Championships. 🌎🏹#BacktoArchery pic.twitter.com/Pi6DdM5I9Q

Two Colombians will battle it out in the semi-final after defeating two archers from Puerto Rico in the quarter-finals.

Varela will face American Tessa Wallace in the semi-finals after she beat Penaranda Acosta Yasneide of Colombia 127-120.

Anne Ferreira Silva Pacheco Xavier of Brazil won 136-130 against Liliana Montiel of Mexico, and will face Canada’s Karen Van Nest in the last four after she beat Paula Silveira 138-115.

In the women’s recurve open category, the semi-final line-up was finalised.

Yesterday’s top qualifier Fabiola Dergovics of Brazil was a comfortable 6-0 victor against Maya Dulce of Mexico.

Dergovics will face compatriot Thais Silva Carvalho in the last four after she beat Kathia Valdez of Mexico 6-5.