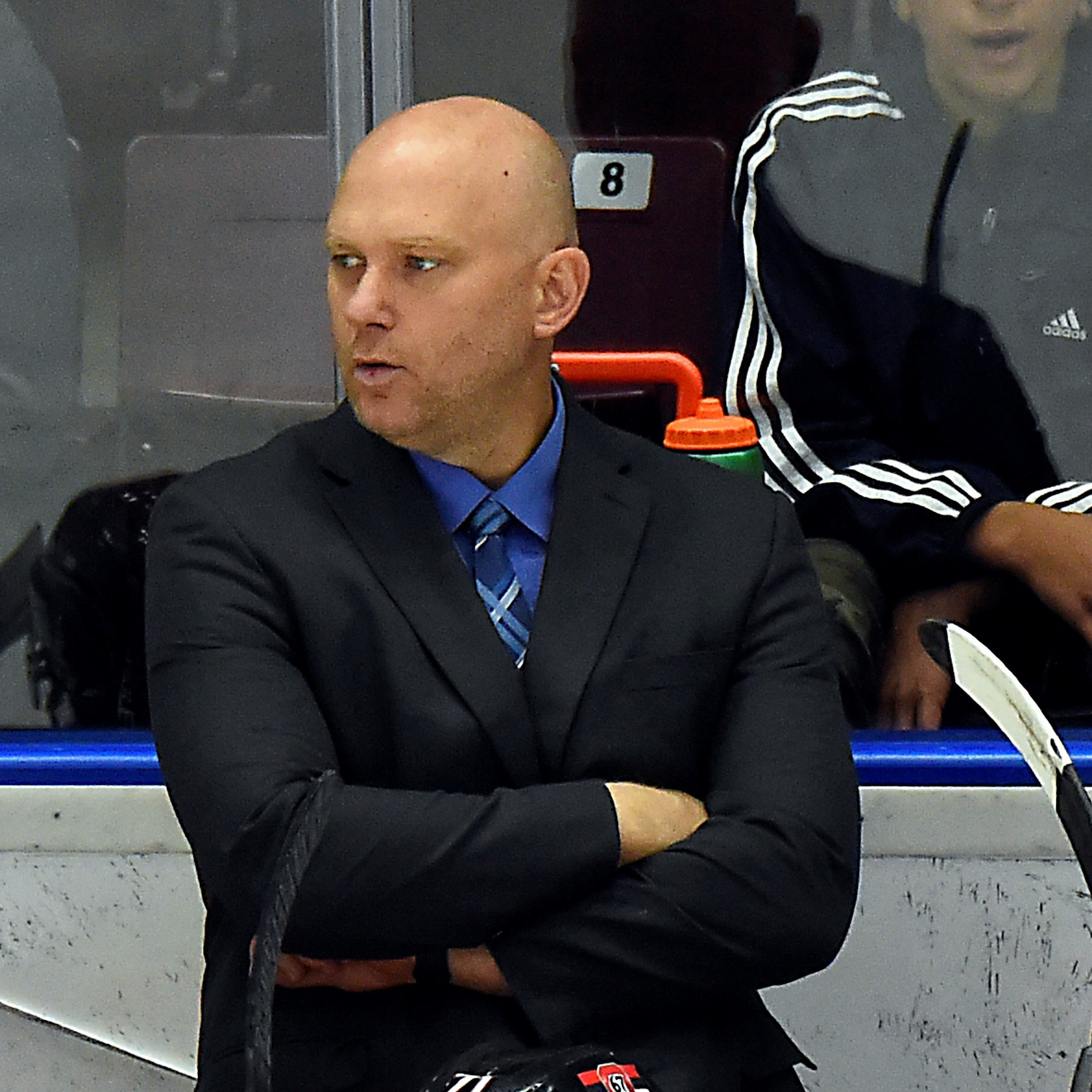 André Tourigny, the Canada Hockey League’s coach of the year, will help guide the national team’s efforts at the Beijing 2022 Winter Olympics after being signed on a one-year deal.

Tourigny, currently coach of the Ottawa 67s in the Ontario Hockey League (OHL), will return to his post after a spell in which he will assist at the 2021 International Ice Hockey Federation (IIHF) World Championship in Riga and Beijing 2022.

Tourigny, who was assistant coach for National Hockey League (NHL) teams Colorado Avalanche from 2013 to 2015 and Ottawa Senators from 2015 to 2016, steered Canada's men’s junior team to world silver earlier this year, and was assistant coach when the team won gold at the 2020 event.

He becomes the first full-time coach with the men’s programme since Marc Habscheid in 2005.

"We are extremely excited to welcome André Tourigny to Hockey Canada as a full-time coach for the 2021-22 season, as his extensive hockey pedigree makes him a key asset to our national teams," said Scott Salmond, senior vice-president of national teams for Hockey Canada.

"André’s knowledge, insight and international experience will be a critical factor in supporting our Olympic preparation in addition to leading Canada’s National Junior Team for the second consecutive year at the IIHF World Junior Championship."

Tourigny commented: "It is an honour and privilege to be trusted to serve as part of the coaching staff for four prestigious events like worlds, World Juniors and Olympics."

Hockey Canada is yet to appoint a head coach for Beijing 2022.

Doug Armstrong has been named general manager, and it is anticipated that NHL players will be able to compete at the Winter Olympics.