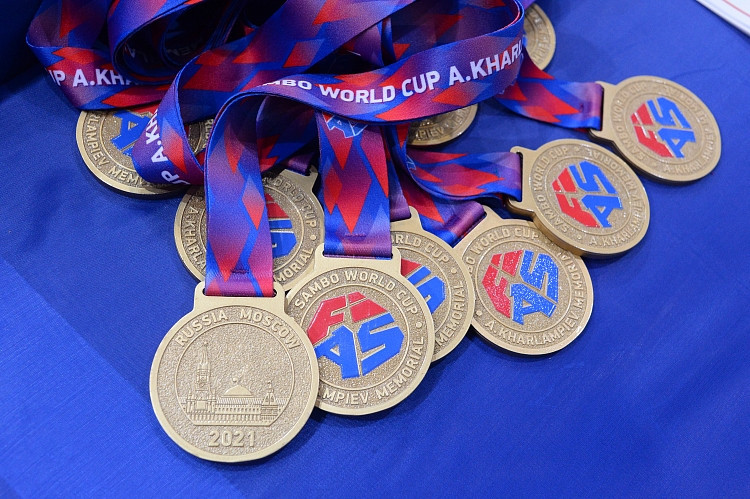 Russia scooped the team titles in the men's, women's and combat sambo divisions after another dominant display at the Kharlampiev Memorial Sambo World Cup in Moscow.

The hosts claimed six gold medals on the second and final day at the Luzhniki Stadium complex's Small Sports Arena to add to the six they won yesterday.

Aslan Kambiev of overcame Uzbekistan's Khusniddin Khusanov to seal the other Russian gold in the men's weight classes.

Two of the three titles on offer in combat sambo went to Russia as Ivan Logkin and Abdulhalim Djavatkhanov clinched the 79kg and 98kg crowns, respectively.

At 98kg, Djavatkhanov proved too strong for Kazakhstan's Olzhas Suleimonov, with bronze going to Chingiz Izmukhanov of Kazakhstan and Moldova's Nicolae Gisca.

There were also victories today for Kazakhstan, Belarus, Kyrgyzstan and Uzbekistan.

In the women's event, Russia ended ahead of Kazakhstan and Belarus, with Uzbekistan and Kyrgyzstan second and third, respectively, behind the hosts in the men's competition.

In combat sambo, Russia took top spot in front of Kazakhstan and Uzbekistan.