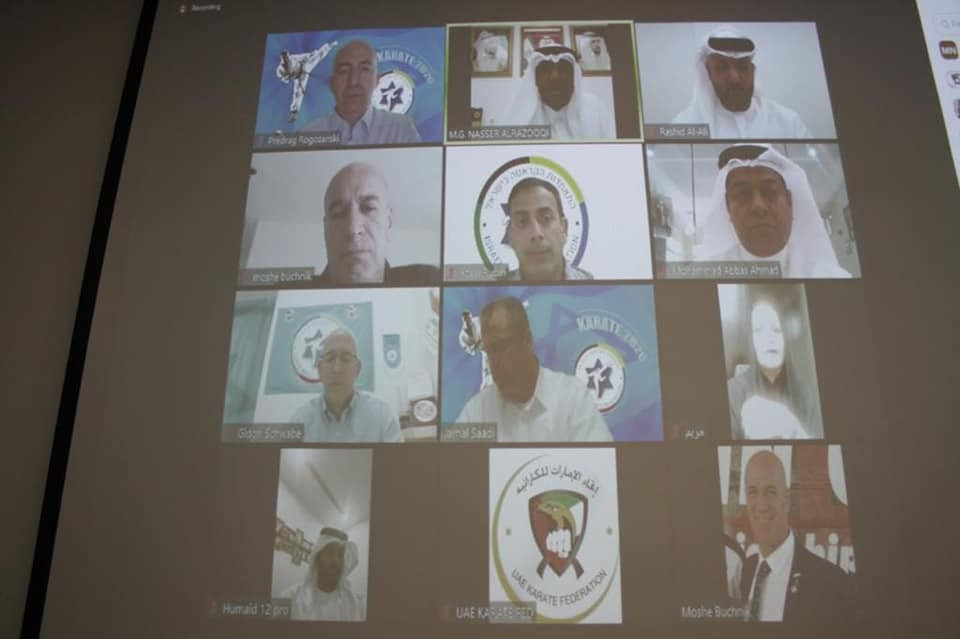 The Karate Federations in the United Arab Emirates and Israel have agreed to sign a cooperation agreement in May.

The deal is set to cover the organisation of mutual camps, friendship championships and training courses for coaches and referees.

It marks the latest sign of diplomacy between the two countries, who signed a peace agreement brokered by former United States President Donald Trump last year.

In a statement, the UAEKF said the agreement "continues the efforts of the union to strengthen relations with different national unions of the world, develop karate systems, utilise experiences to elevate the technical and administrative levels and promote inter-union cooperation".

The UAE is only the third Arab country to have normalised its relations with Israel, following Egypt and Jordan.

Dubai is due to host the Karate World Championships later this year after the event was postponed from 2020 because of the coronavirus pandemic.

The event has been scheduled for November 16 to 21.