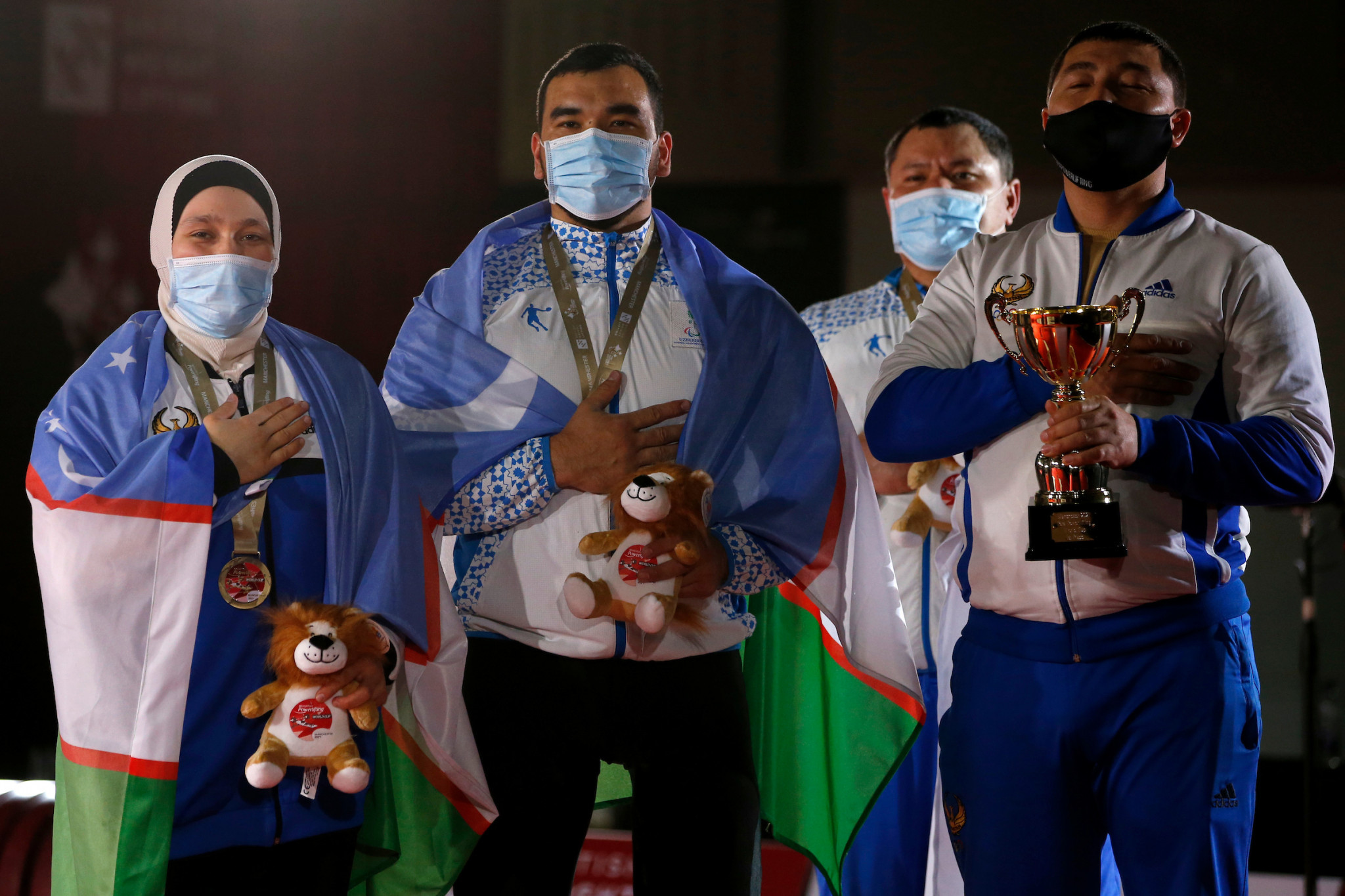 Uzbekistan won the mixed team contest ahead of Ukraine, who claimed silver, and France earned the bronze medal by overcoming Kazakhstan in the third-place match.

Olywafemiayo produced another highlight of the final day of competition in Britain by winning the women's under-86 kilograms with a best lift of 150.5kg - a new world record.

Britain's Louise Sugden came second with a last-round clearance of 128kg and Ukraine's Alina Kumeyko won the bronze medal with a best of 100kg.

Uzbekistan had won the first gold of the day with a victory in the men's under-107kg for Nuriddin Davlatov, whose best lift was 221kg.

Akaki Jintcharadze of Georgia won silver with 213kg and the United States' Jacob Schrom came third through a best of 203kg.

Georgia claimed the gold medal in the men's over-107kg, with Iago Gorgodze winning through a best effort of 205kg.

Britain's Liam McGarry finished with the silver medal with a lift of 202kg, while Kazakhstan's Gani Issentemirov won bronze with a best of 170kg.

The final individual gold medal of the World Cup went to Nigeria's Loveline Obiji - a London 2012 champion - in the women's over-86kg, with a clearance of 150kg.

Poland's Marzena Zieba won the silver medal with a clearance of 130kg and Israel's Polina Katsman was close behind for the bronze with a best of 126kg.

Nigeria finished the event with 10 gold medals and three silvers - comfortably the best showing of any nation.