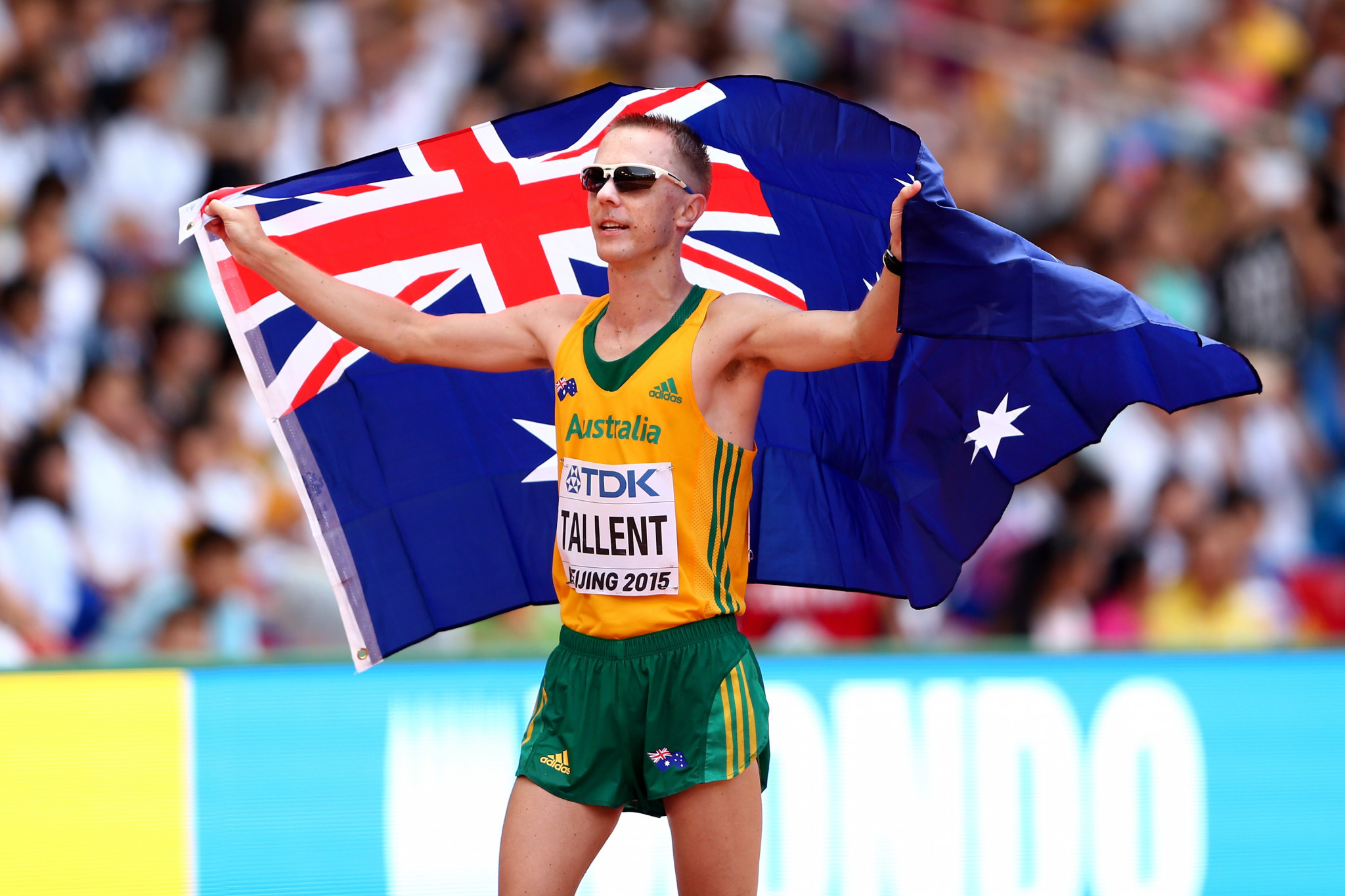 Australia’s most successful male Olympic athlete, race walker Jared Tallent, will miss Tokyo 2020 after injury forced him to announce his retirement at the age of 36.

It ends his hopes of competing in a fourth consecutive Olympic Games and adding to the medals he had won at Beijing 2008, London 2012 and Rio 2016.

Tallent had been awarded the Olympic gold medal in the 50 kilometres walk at London 2012 belatedly after the original winner, Russia’s Sergey Kirdyapkin, was disqualified for doping.

Kirdyapkin was among 30 race walkers coached by Viktor Chegin investigated by the International Association of Athletics Federations (IAAF) for doping.

The IAAF filed a case with the Court of Arbitration for Sport in Lausanne in March 2016 where Kirdyapkin’s results dating back to 2009 were annulled, meaning he was stripped of his gold medal.

Tallent was awarded the gold medal by the International Olympic Committee at a ceremony in Melbourne in June 2016.

The Ballarat-born athlete had also won Olympic silver and bronze medals in the 50km and 20km race walks at Beijing 2008.

It made him the first male Australian to win two Olympic medals in the same Games since St Louis 1904.

The 50km event had been won by Italy’s Alex Schwazer, later excluded from London 2012 after an "adverse result" from a drugs test and given an eight-year ban.

The 20km race was won by Russia’s Valeriy Borchin, another athlete coached by Chegin and who in 2015 was given a retrospective eight-year ban from 2012 for doping.

Tallent also won two medals in the 20km walk at the Commonwealth Games, a silver at Melbourne 2006 and gold at Delhi 2010.

"I was honoured to be able to present Jared’s gold medal from London 2012 in Melbourne four years later," Coates said.

"Presenting an Olympic medal is an honour, but even more so to be part of rectifying the injustice perpetrated on Jared by a doping cheat."

Tallent has suffered a recurring hamstring injury and decided to retire after it prevented him from competing at Australia’s national championships last month.

"I had planned for Tokyo to be my swansong, but I’ve had a number of setbacks from an injury to my hamstring, with the latest one putting a halt to my final preparations for the Australian 50km Race Walking Championships," Tallent said.

"Unfortunately, that was the last chance for me to qualify for Tokyo, so it is with mixed emotion that I announce my retirement from elite sport.

"The medals I’ve won at the Olympics are by far my highlight as they were beyond my wildest dreams when I started race walking all those years ago.

"To go to an Olympics is an achievement, and then to go on to win three medals in a row in one event is something I’ll never forget."