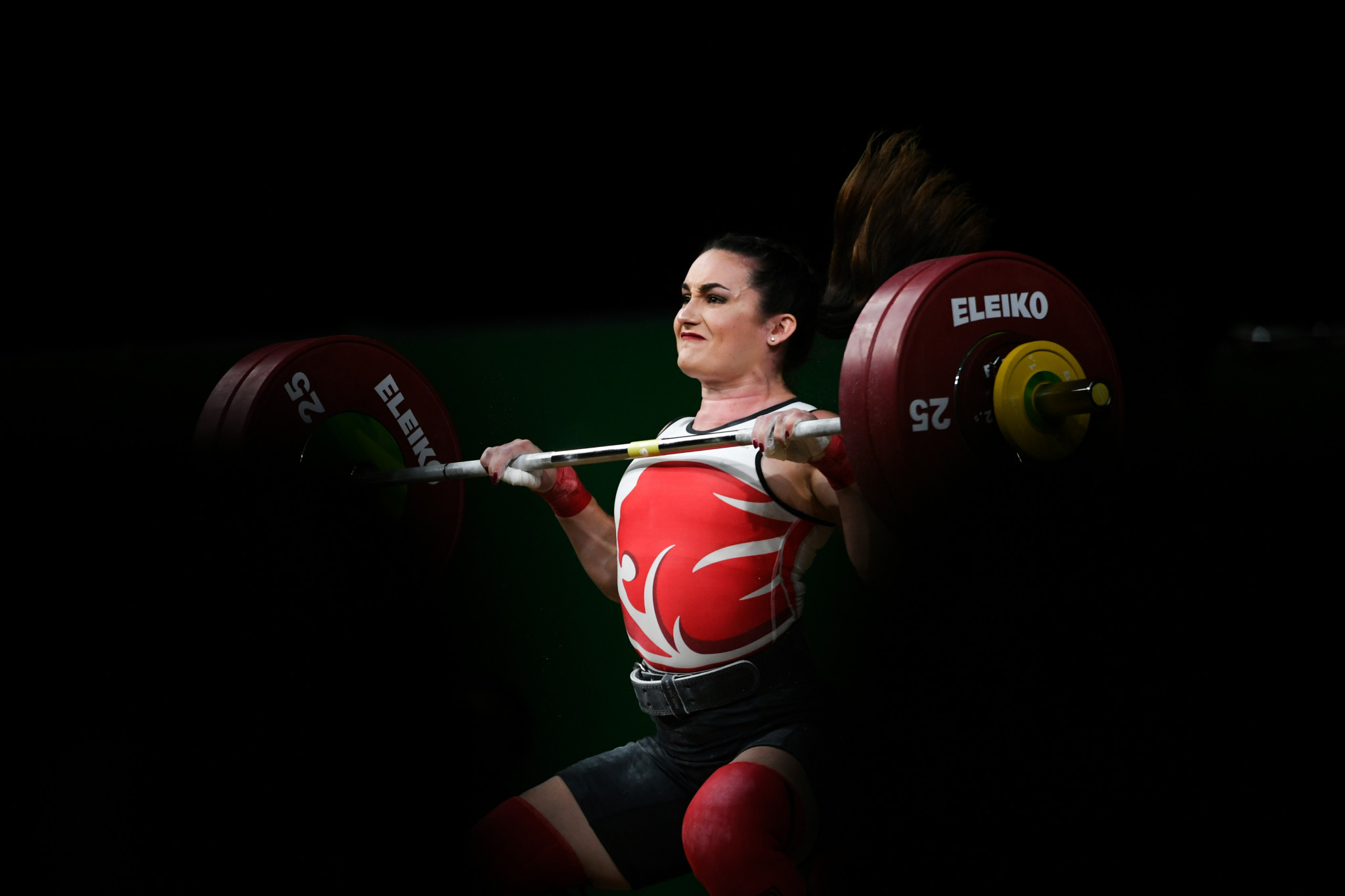 Loredana Toma broke a European record on her way to yet another gold medal at the European Weightlifting Championships in Moscow.

The 25-year-old Romanian won her first continental title at youth level 10 years ago and this was her third straight senior title.

Behind her in second place in the under-64 kilograms category was Sarah Davies, who equalled the British record in the snatch and set new national records in both clean and jerk and total.

Her effort was described as "truly outstanding" by Ashley Metcalfe, chief executive of British Weight Lifting, because Davies has had to balance her coronavirus-affected training schedule with her duties as chair of the International Weightlifting Federation (IWF) Athletes' Commission.

"It was a phenomenal performance," said Metcalfe.

"Sarah has done phenomenally well to cope with all that has happened over the past year, and to balance her life well enough to go out on the platform and perform so well at a major championships."

Toma broke her own European snatch record with 114kg and would have had the total and clean and jerk records too had she not failed with her final attempt at 137kg.

That was Toma’s only failure, leaving her with a total of 244kg.

Third place went to Russia’s Anastasiia Anzorova on 222kg - the fourth straight podium finish in the women’s events for the host nation.

Although Toma, a world champion in 2017, is Europe’s top-ranked lifter at 64kg she is unlikely to compete at the delayed Tokyo 2020 Olympic Games.

Romania, which also won the women’s 49kg in Moscow through Monica Csengeri, has had multiple doping offences and is liable to be suspended.

Six weeks ago the International Testing Agency, which carries out anti-doping procedures for the IWF, instructed an independent panel to impose sanctions on Romania, and an announcement is expected soon.

Should Romania be excluded, Davies would be the leading European in this weight class.

Daniyar Ismayilov of Turkey won the men's under-73kg after a dramatic last-attempt failure by Bozhidar Andreev of Bulgaria.

Andreev, who holds the European records for clean and jerk and total, needed 190kg with his final attempt, 2kg below his record mark.

He got the bar above his head but lost control, and a place on the podium, at the last second.

Ismayilov, who wrecked his hopes of qualifying for Tokyo with two bomb-outs in the first phase of qualifying, set a European record in the snatch with 160kg but missed his last two lifts to finish only sixth in the clean and jerk - which was won by Germany’s Max Lang on 185kg.

Ismayilov made 341kg in total.

He had enough of a lead from the snatch to see off the challenge of Andreev, who finished fourth, and the silver and bronze medallists Marin Robu of Moldova, 339kg, and Briken Calja of Albania, 336kg.