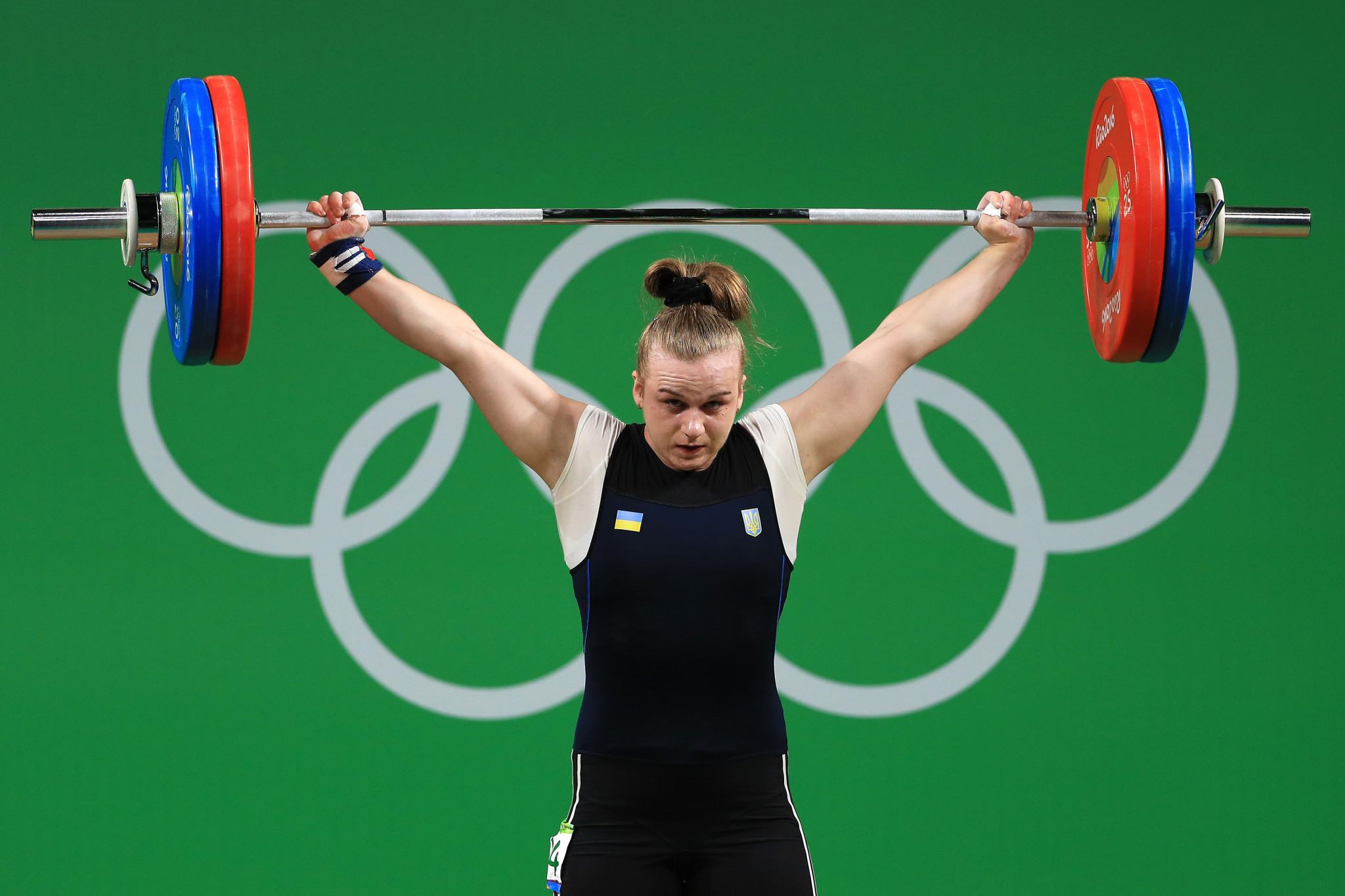 Iryna Dekha of Ukraine took advantage of the absence of Lidia Valentin to win gold at the European Weightlifting Championships in Moscow and effectively confirm her place as Europe’s top qualifier in the women’s 76 kilograms for Tokyo 2020.

Valentin had a serious bout of gastroenteritis at the weekend and had to go to hospital rather than fly to Moscow.

It was a controversial success for Dekha, as the Russian teenager Iana Sotieva thought she had won by making her final clean and jerk of 137kg.

Sotieva, 18, the European youth champion, screamed and jumped with delight after hearing the buzzer but her effort was judged a "no lift", presumably for a press out.

Russian coaches protested briefly but the hosts soon restored dignity and Dekha was presented with her medal.

Russian women now have six silver or bronze medals and this was the closest the team has come to a victory at these European Championships.

Dekha’s total of 248kg was 2kg better than Sotieva with another Russian, Anastasiia Romanova, third.

The defending champion Darya Naumava of Belarus made only 240kg and finished fourth.

The popular Spaniard Valentin, who is trying to qualify for her fourth Olympic Games at the age of 36, is still well placed and can earn valuable points at the Ibero American Open in Cali, Colombia in May, which she aims to do.

To give herself a better chance of qualifying she may move up to the 87kg category in Cali.

Valentin has won gold, silver and bronze in her three Olympic appearances, the first two coming after rivals' doping disqualifications many years later.

This was only the third time since 2002 that Valentin has missed the European Championships, in which she has competed 16 times and won four golds, five silvers and two bronzes on total since 2007.

Dekha should claim the top place for Europe in Tokyo qualifying, and after Naumava’s effort it remains to be seen what Valentin will need to do as the amended qualifying rules have yet to be announced by the International Weightlifting Federation (IWF).

There were more points available in Moscow, a "gold" event, than there will be in Cali, which is "silver".

In the men’s non-Olympic category of 89kg the young Armenian Karen Avagyan won his first senior title when Georgia’s Revaz Davitadze failed with his final attempt at 205kg - and finished second by 1kg for the second successive time.