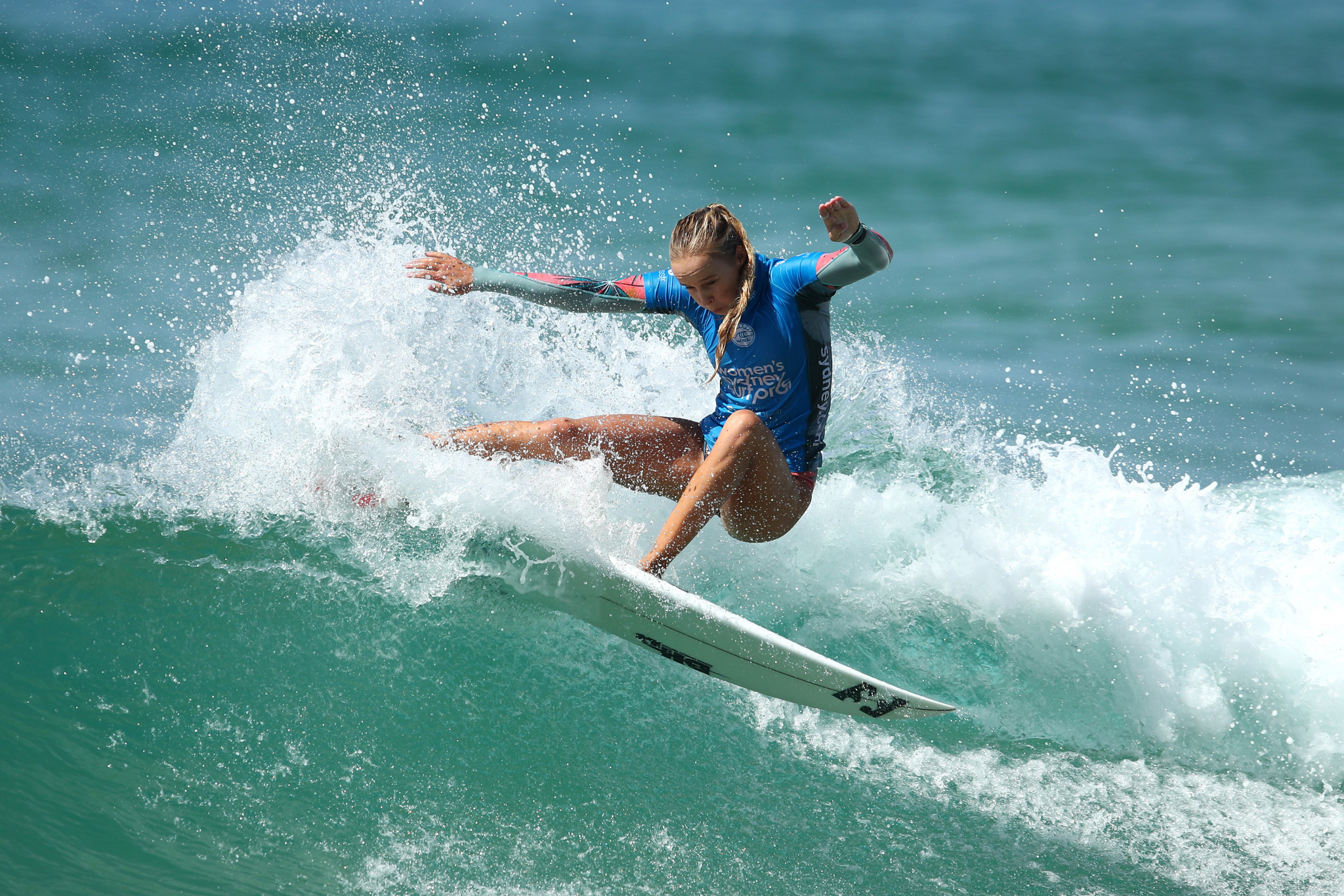 Australia’s Isabella Nichols advanced to her maiden semi-final at the World Surf League Championship Tour event in Newcastle in Australia.

Nichols is competing on the tour for the first time this year and claimed the scalp of Brazilian-born surfer Tatiana Weston-Webb two days ago.

The result set up a quarter-final meeting with fellow Australian Stephanie Gilmore, a seven-time world champion.

"I'm pretty speechless at the moment, to be honest," Nichols said.

"Steph is my idol, she always has been, always will be.

"She was the first person I looked up to and I still do.

"Having a heat against her was pretty surreal."

Nichols' reward is a semi-final against Keely Andrew, with the Australian winning by 13.70 points to 12.90 in her heat against Courtney Conlogue of the United States.

Carissa Moore eased into the semi-finals on the other side of the draw as the American scored 17.33 in her heat, with rival Johanne Defay of France ending on 14.10.

Caroline Marks set up an all American semi-final by winning her heat with a score of 16.26, with Australia’s Bronte Macualay eliminated on 12.97.

Cibilic, who continues to nurse a foot injury, beat his compatriot Wade Carmichael by 16.00 to 10.33 to reach the quarter-final stage of the men’s event.

He will now face Ryan Callinan in another all-Australian contest.

Two-time world champion Gabriel Medina continued his progress towards the final as the Brazilian beat Portugal’s Frederico Morais in the last-16 stage.

Competition is due to continue tomorrow.